Trautmann, Beesdo-Baum, and coauthors on the basis of their cross-sectional study postulate inadequate treatment of patients with depressive disorders and conclude from this a need to “improve general practitioners’ ability to diagnose these conditions and determine the indication for treatment” (1). In their original article they refer repeatedly to the national disease management guideline for unipolar depression as the basis of their argument (2). Central statements of this guideline are, however, reproduced in the article in abbreviated and incomplete form.

According to the guideline, relatives should be included in planning the treatment, and the principles of shared decision making should be adhered to. Among others, medical decision aids should be used. For this study it would therefore have been necessary to collect data on the use of such decision aids and on the conclusions that patients arrived at as a result of using these.

We may assume that thanks to evidence-based decision aids, patients have realistic expectations of the chances of success for diverse specific interventions and will make highly differentiated therapeutic decisions. According to the guideline, for example, the response rate for antidepressants is usually 50–60% and the response rate for placebo 25–35%.

Only in full awareness of these data should authors focus on undertreatment/inadequate treatment and the need for relevant further professional training/education. New insights should also be considered. At least one therapeutic study of antidepressants overestimated the effects of medication therapy and underestimated the harms (suicide and extended suicide [3]), owing to manipulations (4).

Dr Mainz is an unpaid volunteer in the supervisory board of the arriba cooperative, whose services include decision aids for depressive patients. 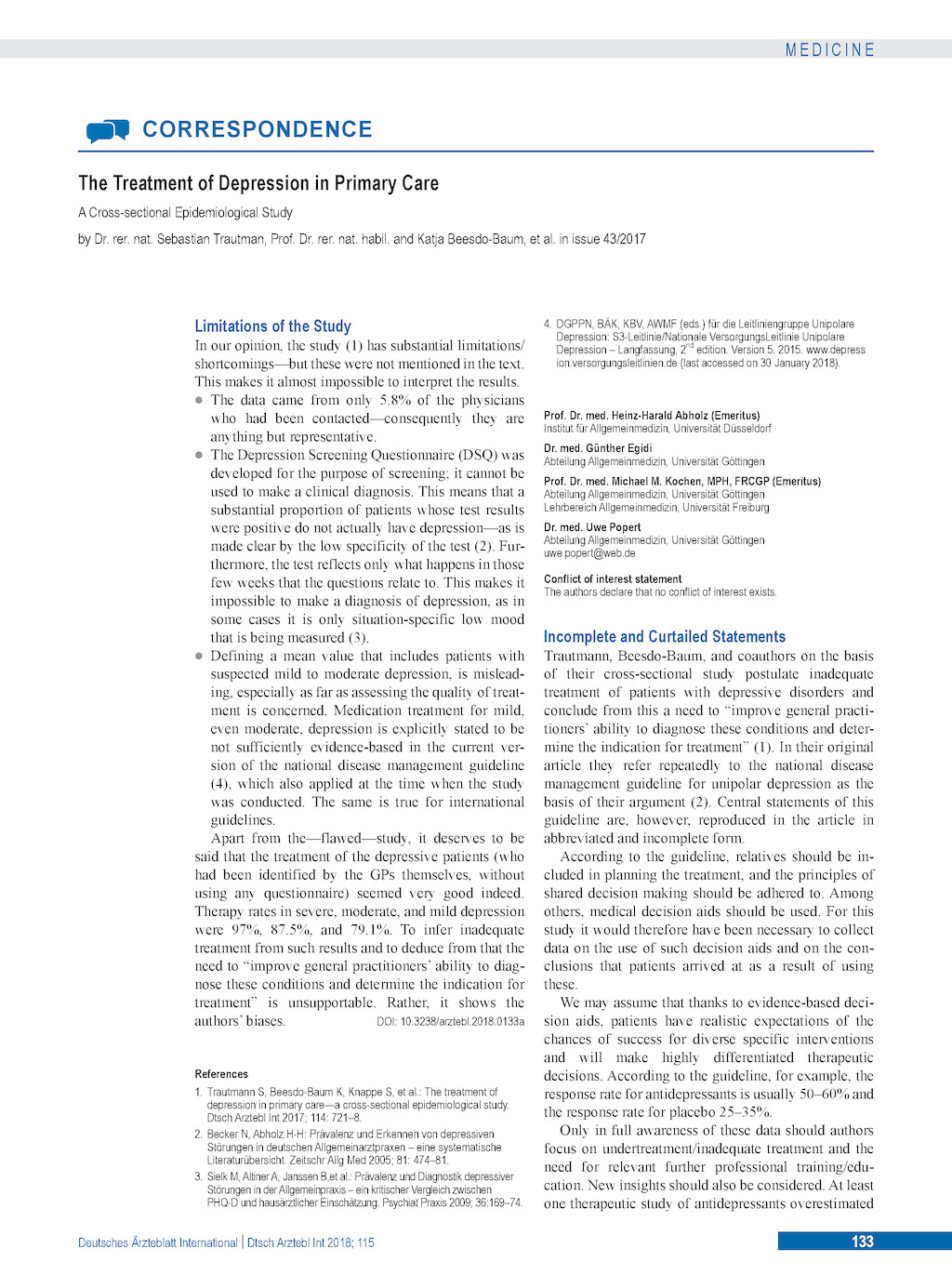