Angioedema Two Weeks After the Initial Administration of an ACE Inhibitor

Bellmann, B; Deppe, I 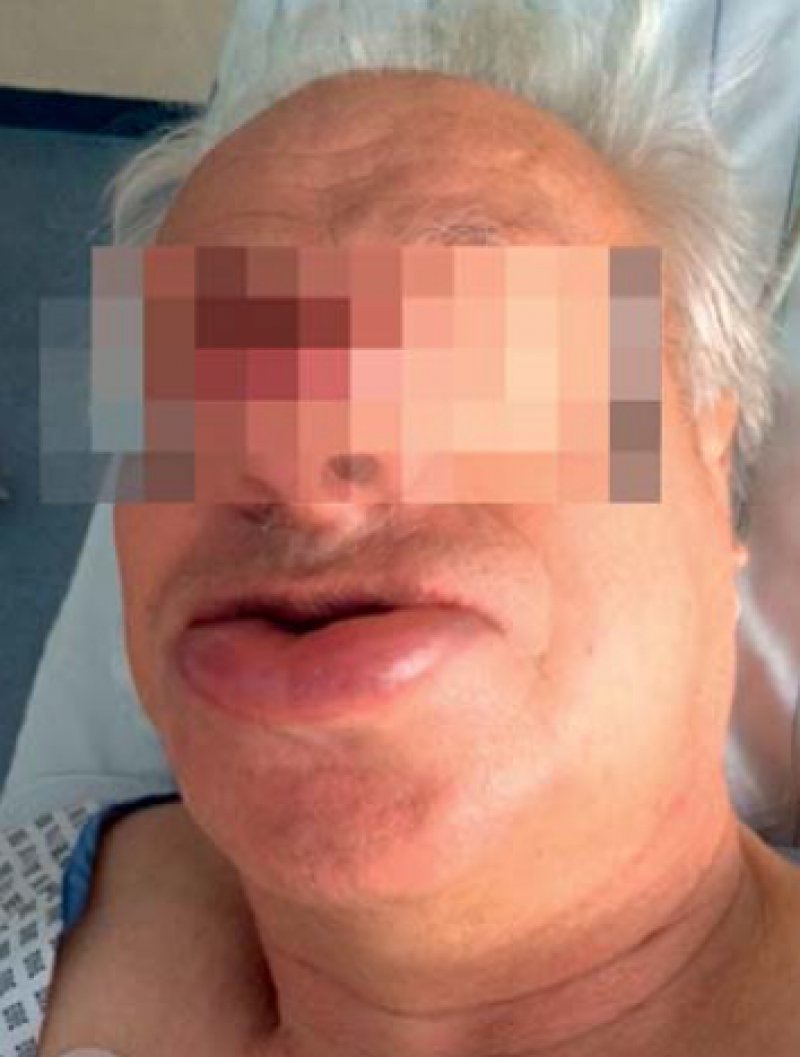 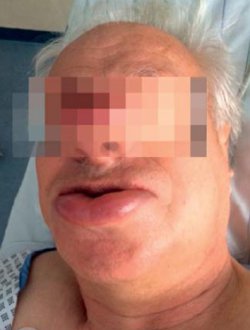 We report the case of a 76-year-old man with newly diagnosed congestive heart failure who was treated with an angiotensin-converting enzyme (ACE) inhibitor (ramipril 5 mg po bid) in accordance with existing guidelines. Two weeks after the drug was started, he was admitted to the intensive care unit with angioedema of the lower lip. Intrapharyngeal mucosal edema and glottal edema were ruled out. The ACE inhibitor was discontinued, a 250 mg bolus of prednisolone was given, and the swelling of the lower lip resolved.

Angioedema induced by ACE inhibitors comes about through a bradykinin-dependent mechanism. A further therapeutic option is the administration of icatibant, a selective bradykinin B2-receptor antagonist. Our patient remained in stable condition and was not given this drug. Angioedema is an occasional side effect of ACE inhibitors and angiotensin II receptor blockers, along with irritative cough and hypokalemia. It can cause asphyxiation and death within hours. Patients should be informed of this possible side effect and should be told to telephone the emergency medical services immediately in case it arises. Angioedema can appear acutely, but it can also appear years after the drug is initially given. It arises in 0.1% to 0.7% of patients treated with ACE inhibitors. 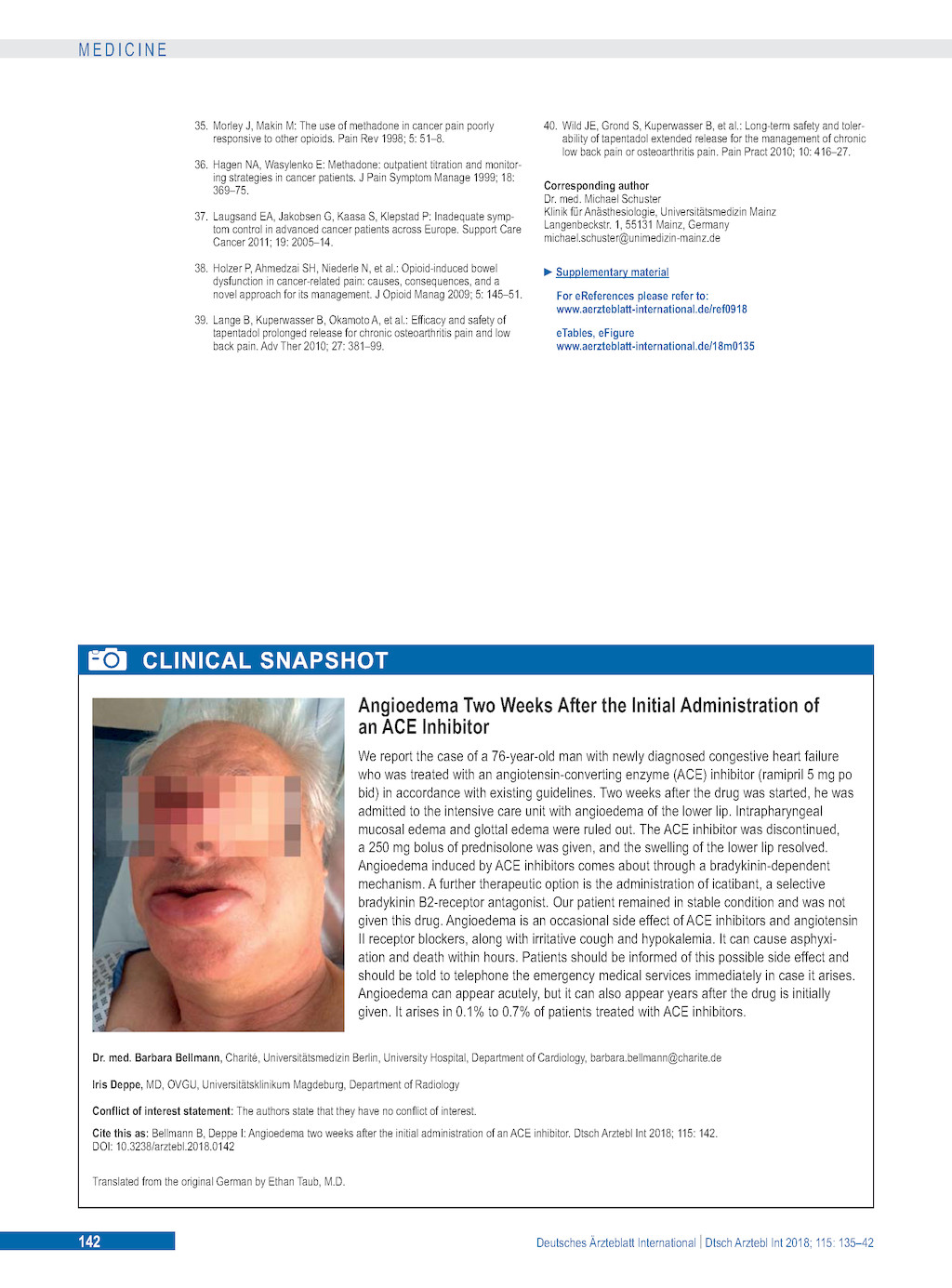