Cannabinoids are an extremely varied group of substances with different methods of application, and they show large inter-individual differences in effectiveness and tolerability. The result is considerable clinical heterogeneity.

Widely defined inclusion criteria increase the clinical heterogeneity between the studies. Neuropathic pain is diverse anyway, but the argument of unsatisfactorily diagnosed neuropathic pain was used in order not to include one of the largest studies of cannabinoids in multiple sclerosis (1).

The I2 statistic was used to test for heterogeneity of the randomized controlled trials (RCTs). In small numbers of RCTs, this statistic is subject to systematic biases; it is not precise, and it requires reporting the I2 confidence interval (2). In such a situation, only individual (raw) data should be used, instead of aggregated data, and definitive conclusions should be avoided.

“Do not do a meta-analysis”—this is what the Cochrane Collaboration’s handbook cited by Häuser et al. (3) recommends as a possible way of dealing with heterogeneity, which is the case here to a relevant degree.

The report by the National Academies of Sciences has reached a different conclusion: “There is substantial evidence that cannabis is an effective treatment for chronic pain in adults” (4).

Cannabinoids have been found to facilitate reductions in the use of opioids and reduce chronic stress reactions and emotional learning—important components in chronic pain. We recommend stratification approaches in this direction.

The cannabis dilemma lies in the fact that after decades of defaming cannabis as merely an intoxicating agent—coupled with restrictions—the scientific, clinical, and economic development of cannabinoid research has been hampered and continues to be.

Evidence-based medicine (EBM) has three components: external evidence, the physician’s experience, and the patient’s experience. In order to reach a clinical decision in the individual case, all three sources are relevant. Systematic reviews and meta-analyses are part of the external evidence and are therefore not to be considered identical to EBM.

Prof. Passie declares that no conflict of interest exists. 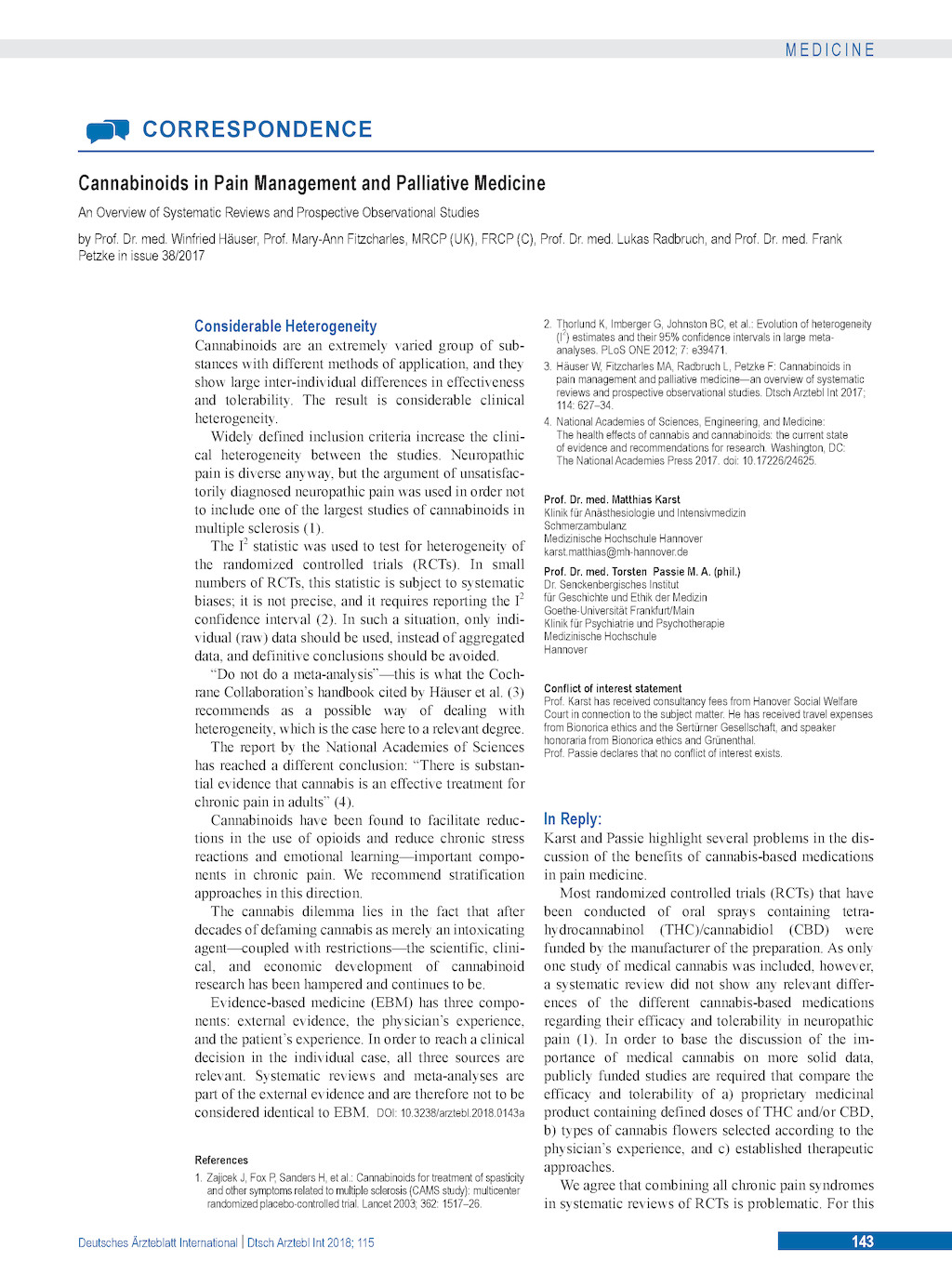