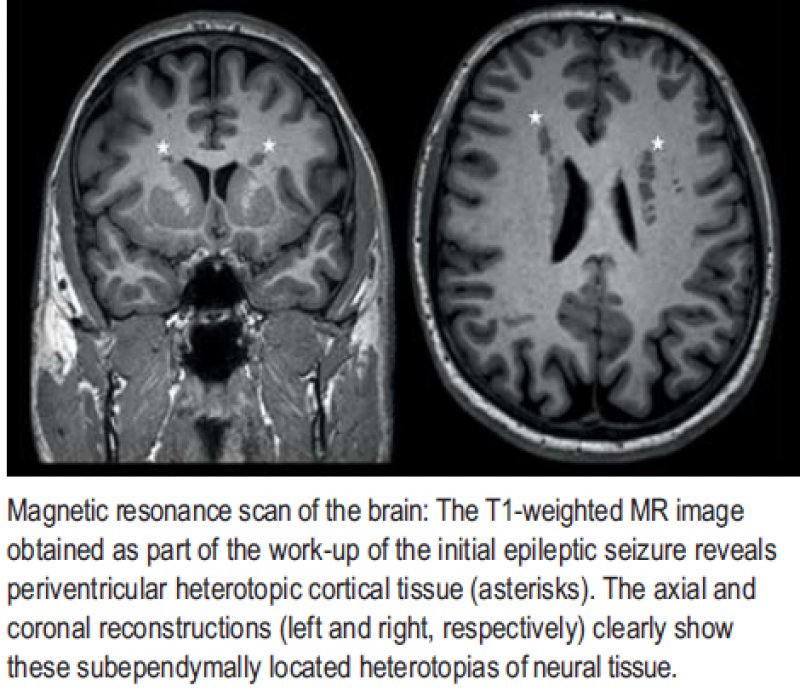 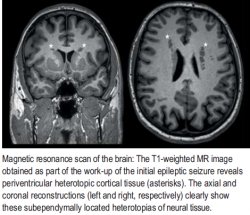 A 42-year-old man was evaluated in the emergency room because of an epileptic seizure that had arisen during sleep. A computed tomogram (CT) of the brain without contrast medium and a CT angiogram revealed no abnormalities. T1-weighted magnetic resonance imaging (MRI) revealed periventricular foci of heterotopic gray matter. Heterotopia is caused by a disturbance of neuronal migration. It is a congenital abnormality of the cerebral gray matter that may not manifest itself till later in life with epileptic seizures. It arises in association with a wide variety of genetic, vascular, and environmental disturbances. Periventricular subependymal heterotopia, as seen in this case, is the most common developmental malformation of the cerebral cortex seen in adults, and a known cause of seizures. The site and extent of heterotopia determine the severity of the clinical manifestations, ranging from an asymptomatic incidental finding to intractable epilepsy and/or mental retardation.

This rare disturbance of neuronal migration should be considered in the differential diagnosis of neurological disorders not only in children, but in adults as well. It can only be ruled out by MRI.

Conflict of interest statement: The authors state that they have no conflicts of interest. 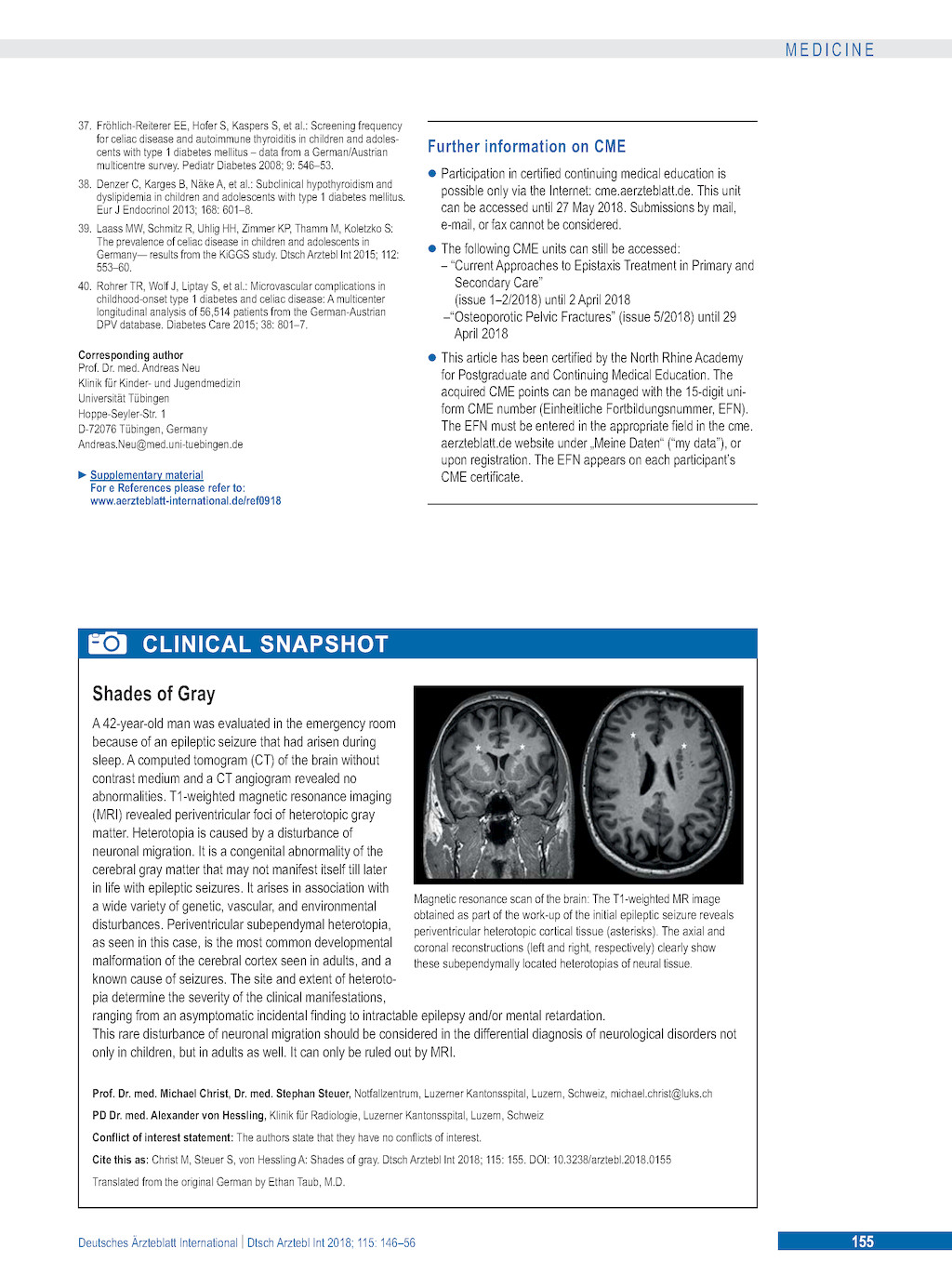