Fitness to Drive After Sternotomy

The CME article (1) provides a risky recommendation for patients after cardiac surgery involving sternotomy in Table 4. The table says that after cardiac surgery, patients are fit to drive 2–4 weeks after the intervention. This may be sufficient for a cardiovascular system that is healing without complications, but it is not a sufficiently long period for the sternum to heal. The time period in the table is not long enough to guarantee a sufficiently high degree of stability of the bone for the driver to look over their shoulder.

I know several patients who drove their car to a hospital for follow-up treatment/rehabilitation between 14 and 21 days after cardiac surgery. Later they returned with similar narratives: “Driving was not a problem, but parking while looking over my shoulder in the rehab venue’s car park caused a cracking noise in my thorax, and afterwards the two halves of my breastbone were loose and dislodged against each other.”

Some such patients will have to undergo repeat surgery, whereas in others, conservative attempts can made by using thoracic bandages to treat the problem. Yet others put up with a permanently loose and mobile sternum.

Three months after cardiac surgery, almost no breastbone will have completely healed, according to CT criteria (CT score for sternal healing in [2]; CT, computed tomography). After 6 months, a maximum of 7 in every 10 breast bones shows complete healing on CT examination (2).

From a clinical perspective, many such breastbones that have not completely healed according to the CT criteria are none the less strong and stable, and the patients have no symptoms. Still, the recommendation should be not to look over one’s shoulder—which involves twisting the upper body—for a minimum of 6 weeks after cardiac surgery involving median sternotomy. This is a physical restriction that—according to what I know about driving lessons—does not allow for active driving.

In my long years’ experience, 6 weeks are the absolute lower limit for a possible look over the shoulder—and even this only where the bone has been observed to be safely clinically stable during the healing period. 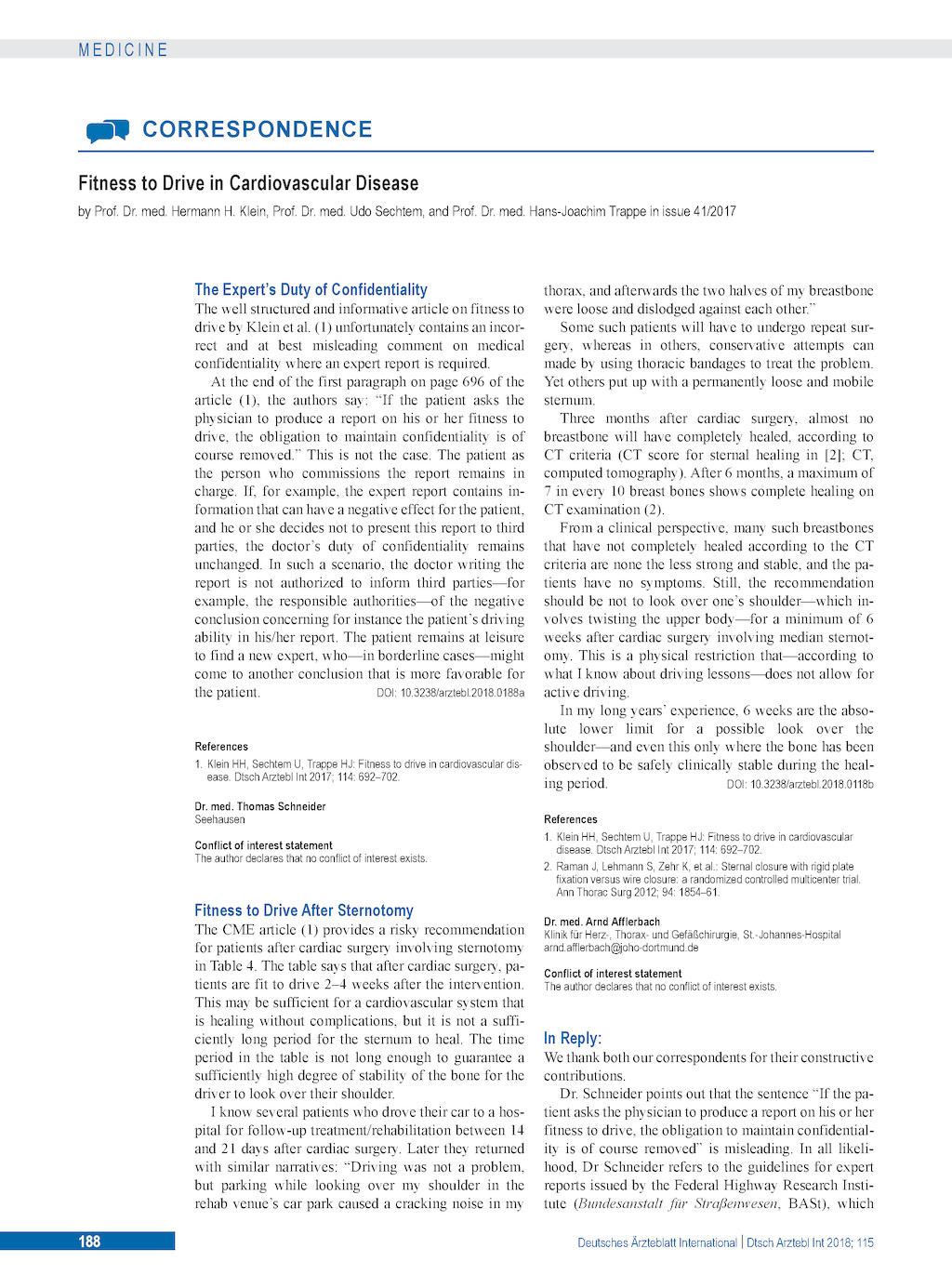