A previously healthy 58-year-old man had elevated hepatic enzyme concentrations in a routine test; computed tomography revealed multiple, bilobar abnormal foci in the liver, and, after an extensive work-up to rule out other possible causes, he was referred to us with the suspected diagnosis of Hodgkin’s lymphoma. A bone marrow biopsy of the iliac crest, however, yielded no evidence of lymphomatous infiltration. The hepatic foci that were thought to be a manifestation of lymphoma (Figure) were found, on biopsy and histological examination, to have the typical appearance of IgG4-associated cholangiitis, with up to 200 IgG4-positive plasma cells per high-power field. Serologic testing revealed a markedly elevated IgG4 concentration (2528.5 mg/dL). Short-term high-dose steroid treatment was given, followed by immune suppression with azathioprine. The liver values returned to normal, the serum IgG4 level fell to 678.4 mg/dL, and the hepatic nodules were no longer visible on a follow-up magnetic resonance scan 5 months later. As this case illustrates, IgG4-associated disease can mimic Hodgkin’s lymphoma both histologically and in imaging studies. 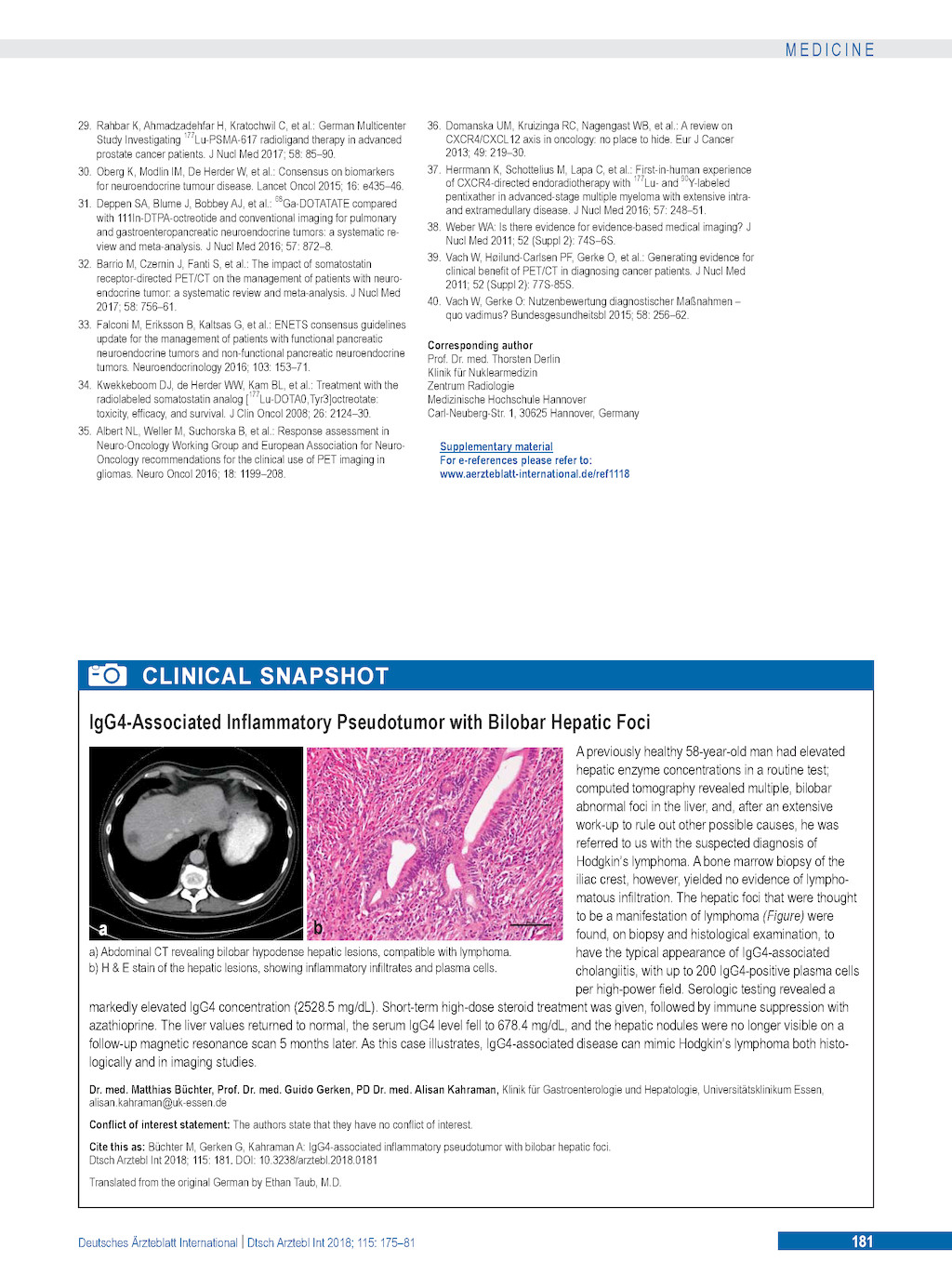