We thank Dr. Certain for the critical discussion of our article (1). As Dr. Certain correctly stated, our wording was ambiguous, and it should mean that, according to Sobottke et al., 22.2% of spondylodiscitis cases are preceded by spinal surgery, and more than half of cases of spondylodiscitis are associated with punctures or similar procedures (2).

Several ways in which pathogens can transmit progressive infections to the spine have been described. Hematogenous dissemination describes the way through the arterial system or after flow reversal in the Batson venous plexus, which increases pressure on the venous system. Here, the cause can be endogenous, such as an infection associated with endocarditis (and distant from the vertebrae), or it can be due to exogenous deposition, such as following surgery or puncture/injection. Thus, the thyroid puncture example mentioned by Dr. Certain would be considered as a hematogenous deposition. Lymphogenous spread and infection per continuitatem are rarer causes of spinal infection.

We agree with the objection of Dr. Certain: our article only presents an overview of antibiotic therapy. However, we would like to point out that, due to the space limitations, we deliberately provided an overview of the most common pathogens and their antibiotic therapies (see Table 4 of the article). To address further questions and alternative therapy recommendations, we recommend referring to the current IDSA guideline (3). 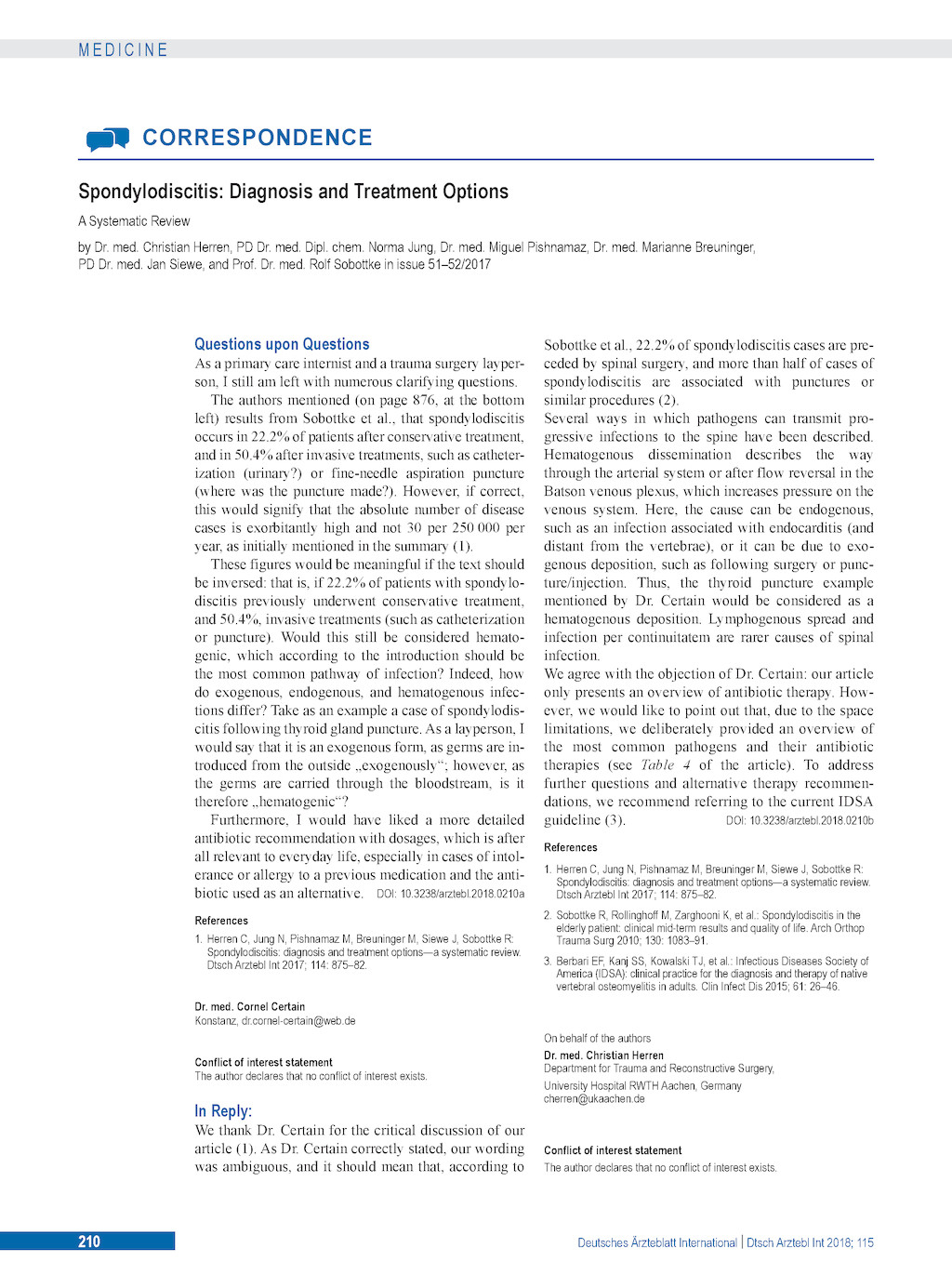