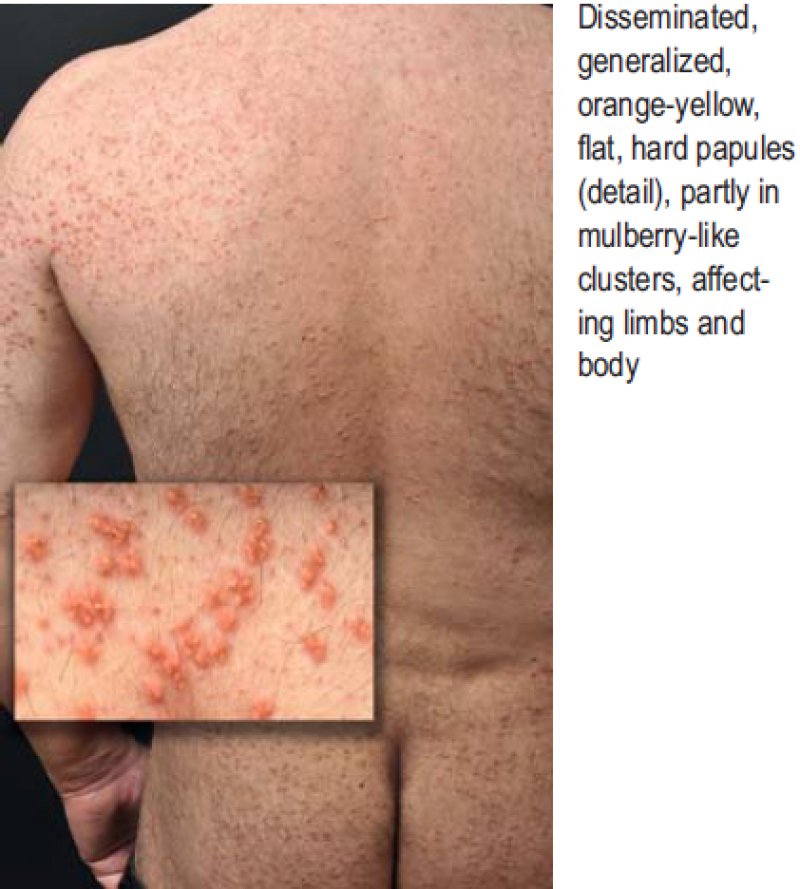 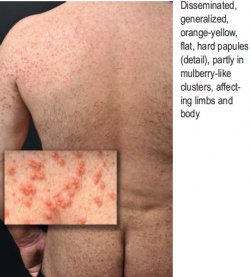 A 30-year-old man complained of a progressively severe, itchy rash of several weeks‘ duration. He reported suffering from polydipsia and hyperhidrosis but felt otherwise well. Examination of the skin revealed generalized orange-yellow, flat, hard papules, partly in mulberry-like clusters, most prominently affecting the extensor surfaces of the limbs and gluteal region. His past medical history and drug history were unremarkable except for obesity. Laboratory tests revealed hypertriglyceridemia (6470 mg/dL [70–200]), hypercholesterolemia (748 mg/dL [140–240]), and hyperglycemia (glucose 404 mg/dL [70–110], HbA1c 11.2% [<5.7]), without any evidence of an occult adrenal tumor. The diagnosis of eruptive xanthomas was histopathologically confirmed. The patient was treated for newly diagnosed diabetes mellitus and mixed hyperlipoproteinemia, and the rash regressed within weeks. Eruptive xanthomata are associated with dyslipidemia and can therefore be a marker of a metabolic disorder. By recognizing their typical appearance, a physician may be able to diagnose a previously occult underlying disease whose prompt treatment can prevent both short-term complications, such as pancreatitis, and long-term ones, such as coronary heart disease. 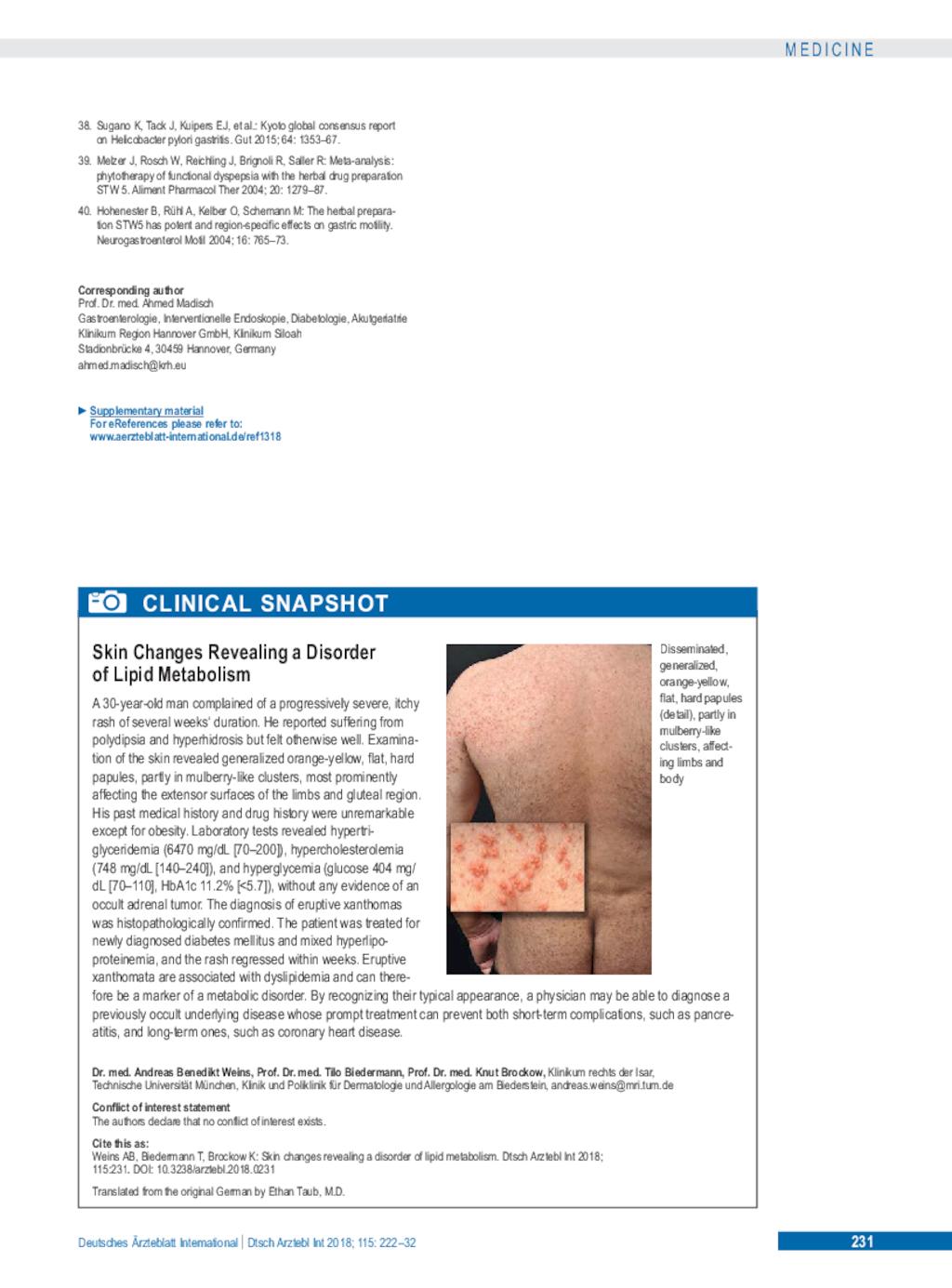