Para-Articular Cysts in a 64-Year-Old Man

Figure
Ganglia of both shoulder joints
Enlarge All figures

A 64-year-old man presented with viscous-elastic, roughly apple-sized swellings over both clavicles, both of which had arisen in 2013 (on the left side in February, on the right side in July). There was occasionally a fluid discharge. The patient had undergone right shoulder surgery in 1986, a few years after an accident in the workplace in which the shoulder had been dislocated. In the ensuing years, he suffered from atraumatic partial ruptures of the rotator cuff and a subluxation of the long tendon of the biceps out of the intertubercular groove on the left side. He underwent left rotator cuff surgery in 1999 and right rotator cuff surgery in 2005. The swellings were diagnosed as para-articular cysts. Such cysts are most commonly ganglia, i.e., excrescences of joint capsule that can arise after surgery at sites where the capsule remains open and synovial fluid can leak out. This patient twice underwent radiosynoviorthesis (radiation synovectomy) with 186Re in 2013, with an incomplete therapeutic effect. The lesions were occasionally punctured thereafter whenever they became painful. In 2014, two operations were performed for ganglion excision and joint capsule suture, first on one side and then on the other. The lesions have not recurred since then. 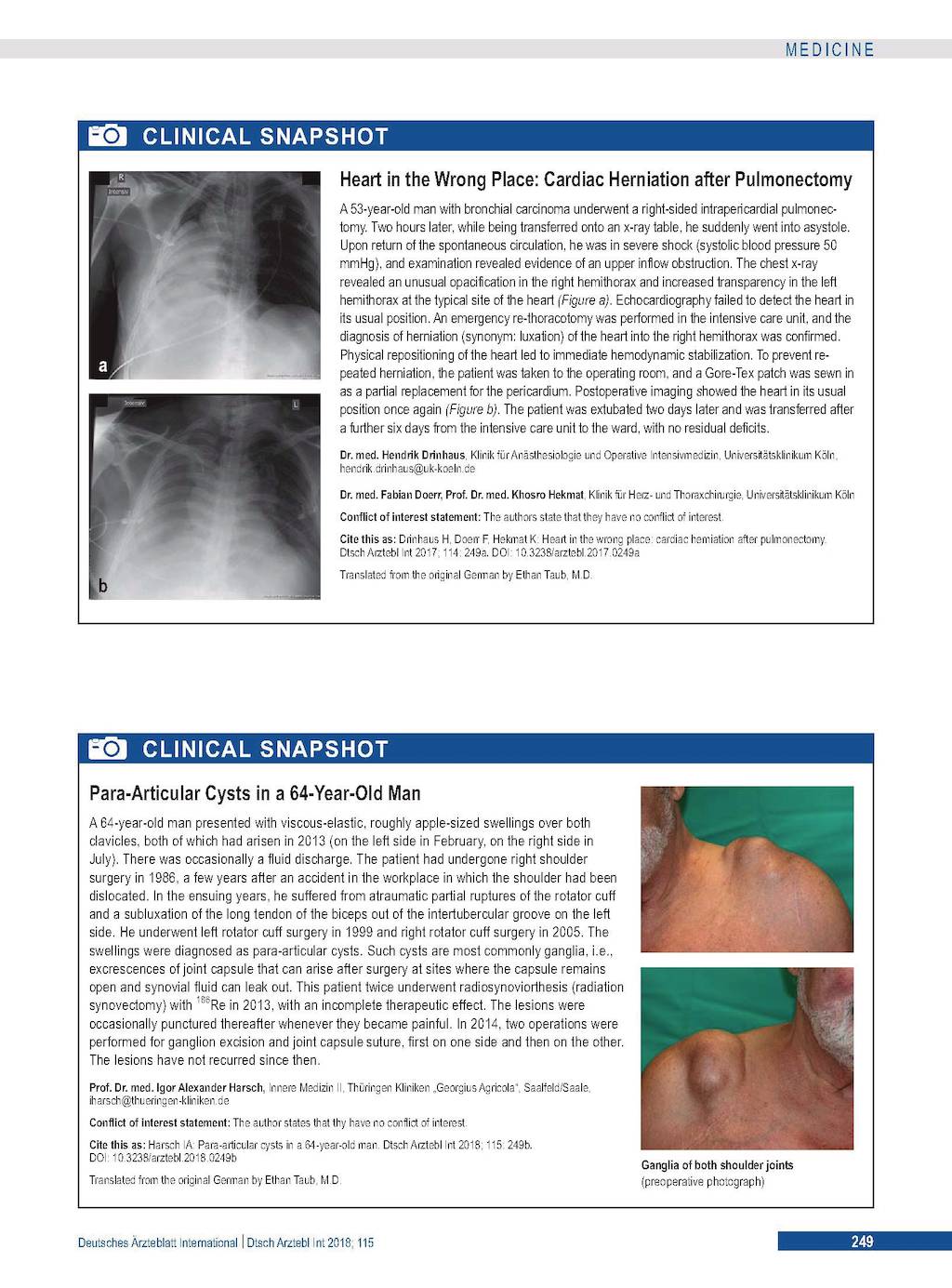