Figure
a) Necrosis and net-like areas of erythema on the left lower leg; b) Calcification in arterioles at the dermal/subcutaneous interface
Enlarge All figures

A 76-year-old man suddenly developed painful necroses and net-like areas of erythema on the left lower leg (Figure a). The initial differential diagnosis included peripheral artery disease (PAD), coumarin necrosis, and vasculitis. Seven weeks later, after compression therapy had been tried unsuccessfully and PAD had been ruled out, he was referred to our dermatological clinic. Histological examination revealed calcification in arterioles at the dermal/subcutaneous interface (Figure b), as well as in adipose tissue, consistent with the diagnosis of non-uremic calciphylaxis. The serum calcium and phosphate levels and the creatinine clearance were unremarkable, and the parathyroid hormone level was only minimally elevated. We initiated both intravenous and topical sodium thiosulfate treatment, and the lesions healed completely in seven months. Calciphylaxis is a rare condition with high mortality. Most of the affected patients have advanced chronic renal failure and need dialysis. It is less well-known that calciphylaxis can also arise in patients with normal renal function. Coumarin use, obesity, diabetes mellitus, and mildly impaired renal function are the main risk factors for non-uremic calciphylaxis. Its pathogenesis is not yet well understood.

Conflict of interest statement: The authors state that they have no conflicts of interest.

Figure
a) Necrosis and net-like areas of erythema on the left lower leg; b) Calcification in arterioles at the dermal/subcutaneous interface
Enlarge All figures
Non-Uremic Calciphylaxis 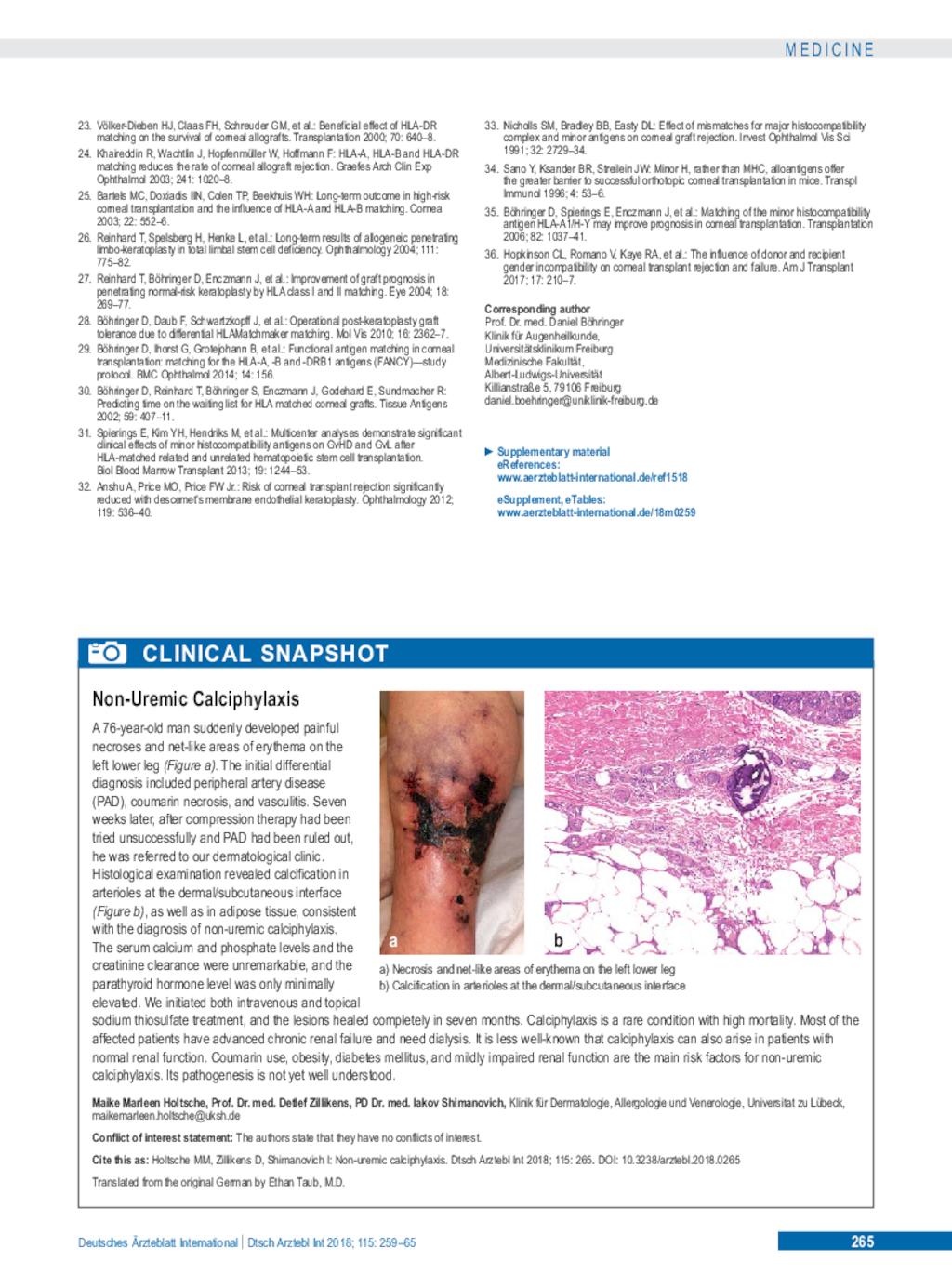