The comments published in response to the article by Heinz Naegler and myself in Deutsches Ärzteblatt (1) unequivocally support our results and our concerns. The only criticism raised was that our article was written rather too tamely in view of the intolerable conditions. The reason for our caution was that in our opinion, in spite of a very problematic undesirable development in Germany’s hospital sector, patient care is still relatively good in the international comparison.

Some examples not included in the study were “the neglected implementation of palliative care structures into German hospitals and care homes,” which, as the authors say, may be too costly and may not yield sufficiently high profits. The comment made by a cardiologist—that the “gray areas in deciding whether procedures are indicated” would be more aptly described as “black areas”—is backed up with examples that are consistent with our own experience. We can also confirm the observation that economic arguments brought to bear on clinical decisions are disillusioning for young doctors.

The article in Deutsches Ärzteblatt was published to coincide with a public final event of our research project in Bremen and resulted in a deluge of reports in the print and broadcast media. In the meantime, many doctors have communicated cases to us that support our study findings. The only criticism related again to the fact that our wording was not incisive enough. There were no reactions from CEOs/managing directors. Only two hospital associations expressed criticism, in the sense that what must not exist, cannot exist.

In the intervening period, Heinz Naegler and I have been invited to numerous events by hospitals, academic institutions, conferences, medical specialty associations, ethics committees, or scientific institutions. The reception has been mainly positive. Politicians and doctors’ organizations are invited—as in the readers’ comments—to create conditions that enable doctors and nurses to do their jobs according to professional ethical standards. The complete research report (which is about 300 pages long) has been published recently (2). 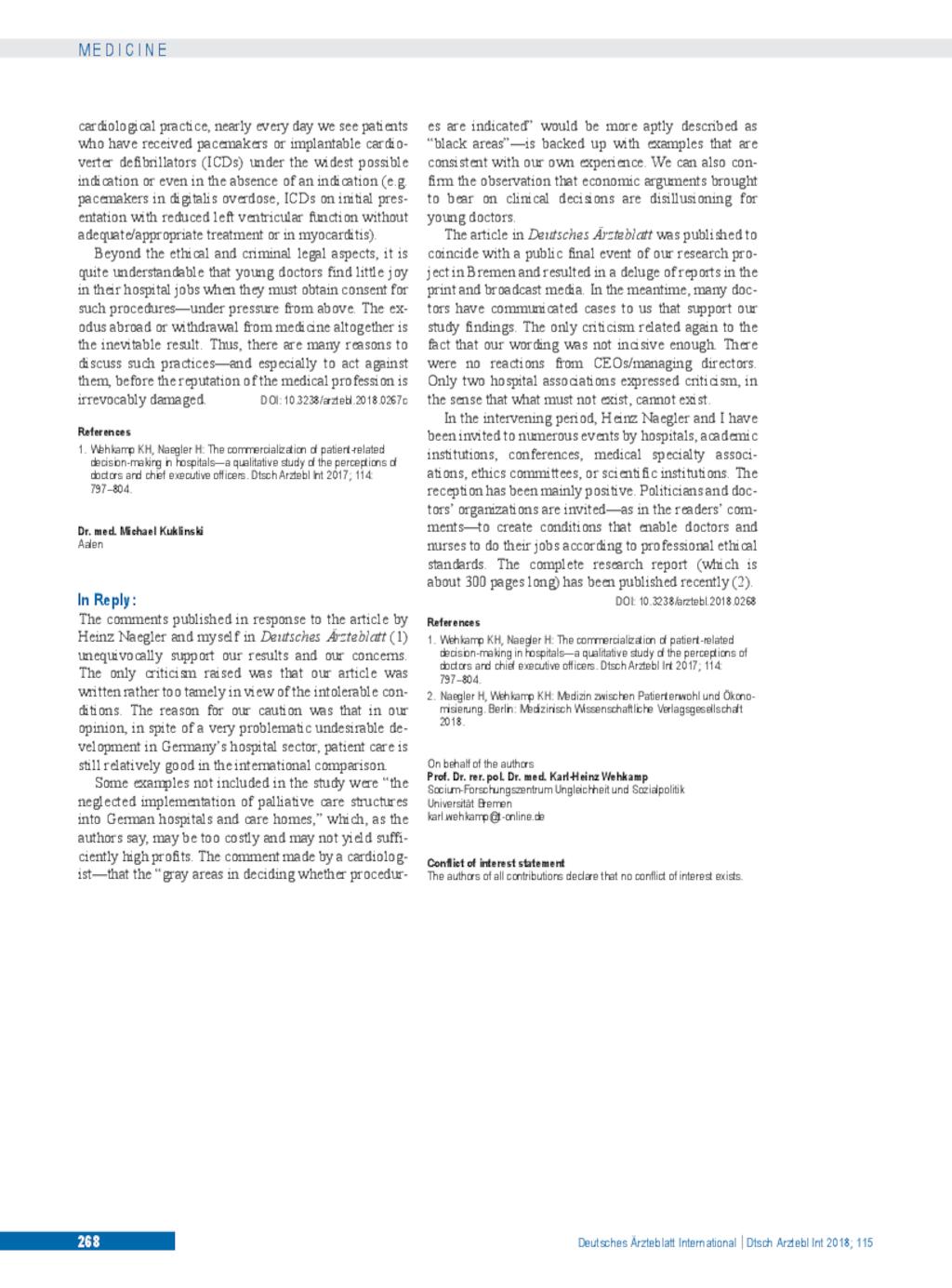