No Drawbacks for Digitoxin

The new clinical practice guideline for chronic heart failure, presented in Deutsches Ärzteblatt International (1), is dedicated to one timely topic that affects millions of patients in Germany. For this reason, it is regrettable that “digitalis glycosides” are still mentioned as a group. After painful experience, a clear distinction should be made between digitoxin (from Digitalis purpurea)—which is useful in heart failure—and digoxin (from Digitalis lanata), which is a high-risk substance. It took 50 years for the preference for digoxin by clinical pharmacologists to be identified as a mistake, based on pharmacokinetic studies in medical students. People do not develop heart failure at age 20 but in old age, when renal function has reduced physiologically to the point where digoxin accumulations with life-threatening arrhythmias can occur. With excess mortality of 27% in digoxin studies, the clinical shortcomings of the substance cannot be overlooked. Rather than correcting the mistake quickly, clinical practice continued to make do without using glycosides. It should have been immediately obvious that the long-trusted digitoxin should have been rehabilitated. J. Withering introduced Folia digitalis in the 18th century into scientific medicine. Later, digitoxin became an indispensable medication in heart failure. Study results on the drawbacks of digitoxin do not exist. The pharmaceutical industry was not interested in paying for the positive studies requested by experts. For several years, a study has been running at Hannover Medical School, which is funded by taxpayers’ money. Results are expected for the end of 2019. Interim results have shown prolongation of life in patients receiving digitoxin treatment, and these results confirm my 2016 plea: “the renaissance of digitoxin is overdue” (2). My letter to the editor was largely ignored, at least on the part of those responsible. Earlier thinking will be reversed at some point—and patients will be grateful to their doctors. 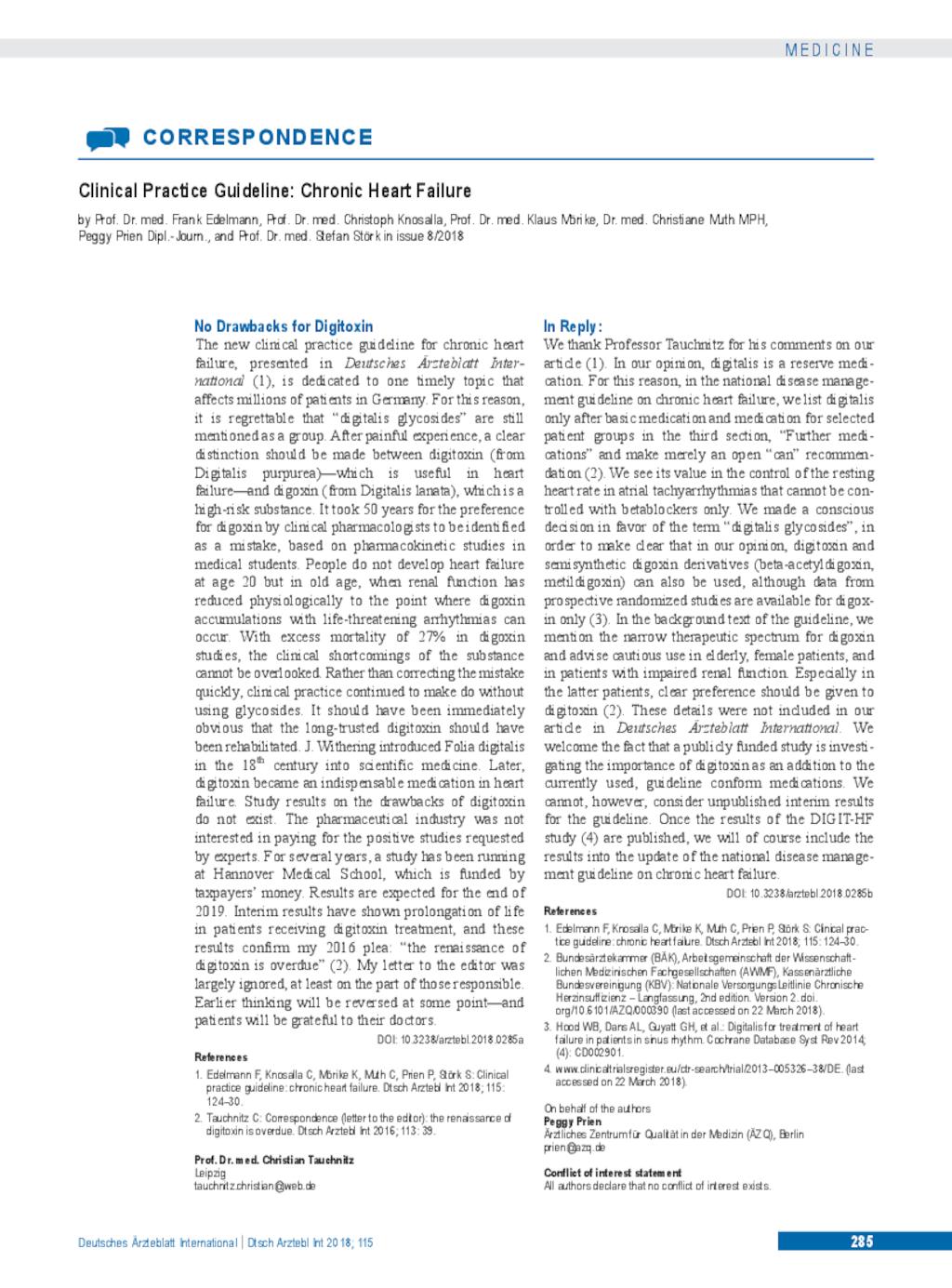