Figure 1
Right eye, with magnified view of the limbic region. Identical changes on the left side
Enlarge All figures

An otherwise asymptomatic 64-year-old man presented initially to the outpatient eye clinic complaining of epibulbar discoloration, which had slowly progressed after he had first noticed it two years earlier. His visual acuity, intraocular pressure, and fundoscopic findings were normal. The clinical appearance enabled the examining physician to make the immediate diagnosis of ocular ochronosis (alkaptonuria). The condition revealed itself with pathognomonic, bilateral, multiple, brownish, globular deposits in the peripheral cornea, limbus, and conjunctiva, and similar flat deposits in the episclera and sclera. The patient then stated that he had already been given the diagnosis of ochronosis 30 years earlier after an arthroscopic knee procedure. This genetic disease of autosomal recessive inheritance involves a disturbance of tyrosine metabolism leading to the accumulation of homogentisic acid. Its prevalence is estimated at 1 to 9 per million. Externally visible eye involvement is typical, along with “black urine,” pathological changes of the heart valves, vocal cords, and skin, and “dark cartilage destruction,” which may be visible in the external ear. The ocular involvement poses no direct threat to visual function and usually requires no treatment.

Figure 1
Right eye, with magnified view of the limbic region. Identical changes on the left side
Enlarge All figures
Ocular Ochronosis 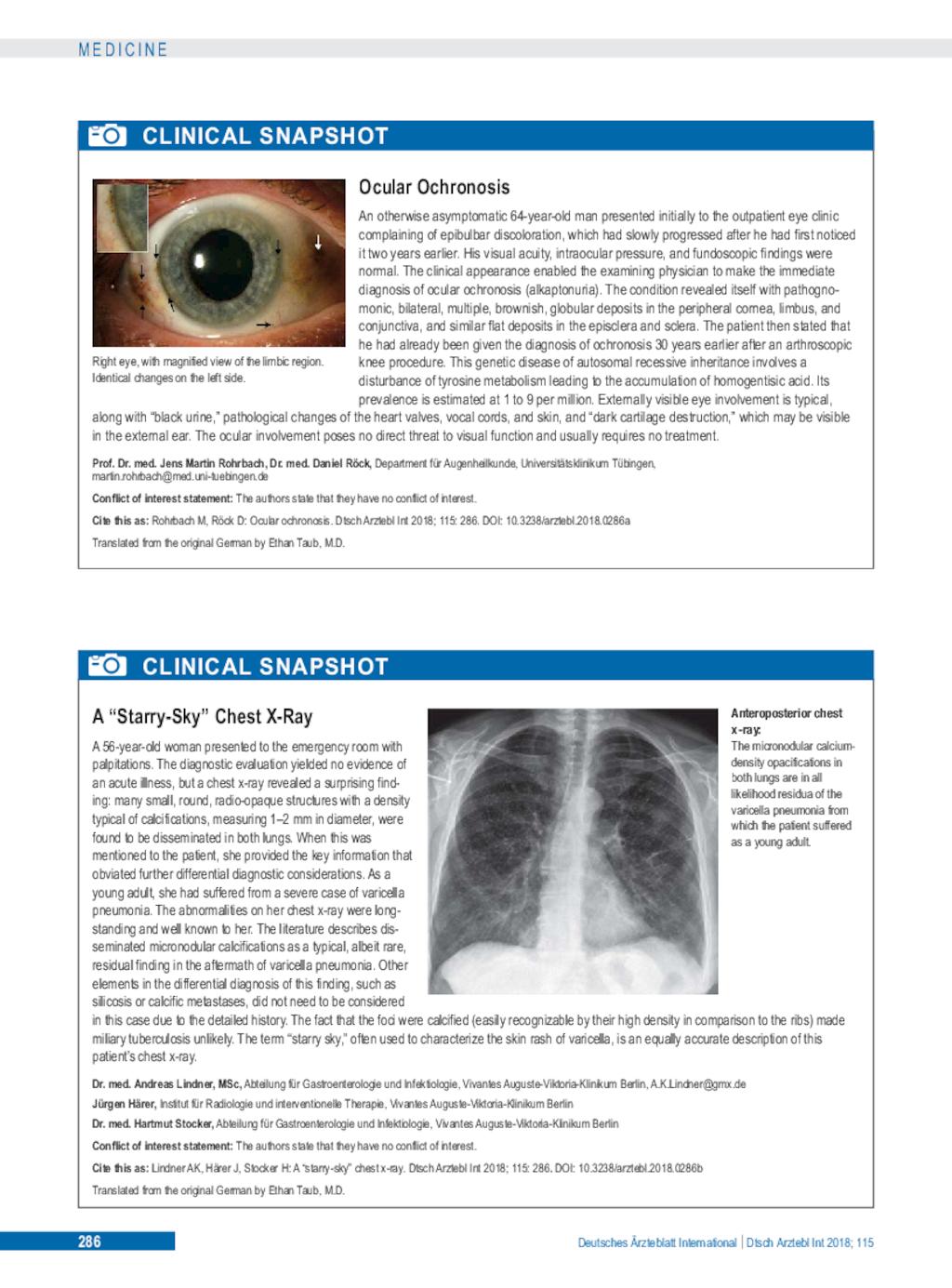