Disturbed Microcirculation as Cause

This interesting overview of polyneuropathy (PNPs) does not give ischemia, as a pathophysiological agent, the weighting it deserves in the epidemiology of microvascular risk constellations (1). In light of the facts that the increasing prevalence of PNPs in the general population cannot be explained solely by the population pyramid and the prevalence of diabetes mellitus, and that 20%–46% of PNPs cannot be assigned to established etiologies (2), a disturbed microcirculation deserves to be considered as a cause of PNP, beyond the rare condition of vasculitis.

The functional significance of a supply deficiency to neurons due to capillary / arterial hypoperfusion comes from the microcirculatory changes on the acral part of lower extremities during prolonged static posture in an orthostatic body position. Numerous risk situations for this can be found in the industrial world, such as working in a concentrated manner seated at a computer desk over longer periods of time. The cause of the hypoxic reduced oxygen supply is the circulatory physiological event known as the venoarterial reflex (3). During prolonged sitting, postcapillary level of tissue oxygen saturation decreases from 40%–50% to values ​​of 10%. This effect is part of the “savings principle” of the organism, setting on after only 2 to 4 minutes rather than hours, and persisting until onset of longer phases of movement. Chronic recurrent hypoxic malnutrition therefore appears to be worthy of discussion as a cause of PNP in individuals with relevant exposure, especially in times of epidemic proportions of prolonged fixed sitting at computer workplaces.

Exercise strategies to maintain foot and toe mobility are an option for prophylaxis without side effects, that is also free of cost (4). The efficiency of these measures, which appear trivial only to those who do not know about them, has not yet been proven for PNP in studies, but the treatment principle has already been used successfully elsewhere (for example, for therapy-refractory wounds) and has even been commercially implemented.

Practice for Vascular Surgery and Venous Medicine am Marienplatz München 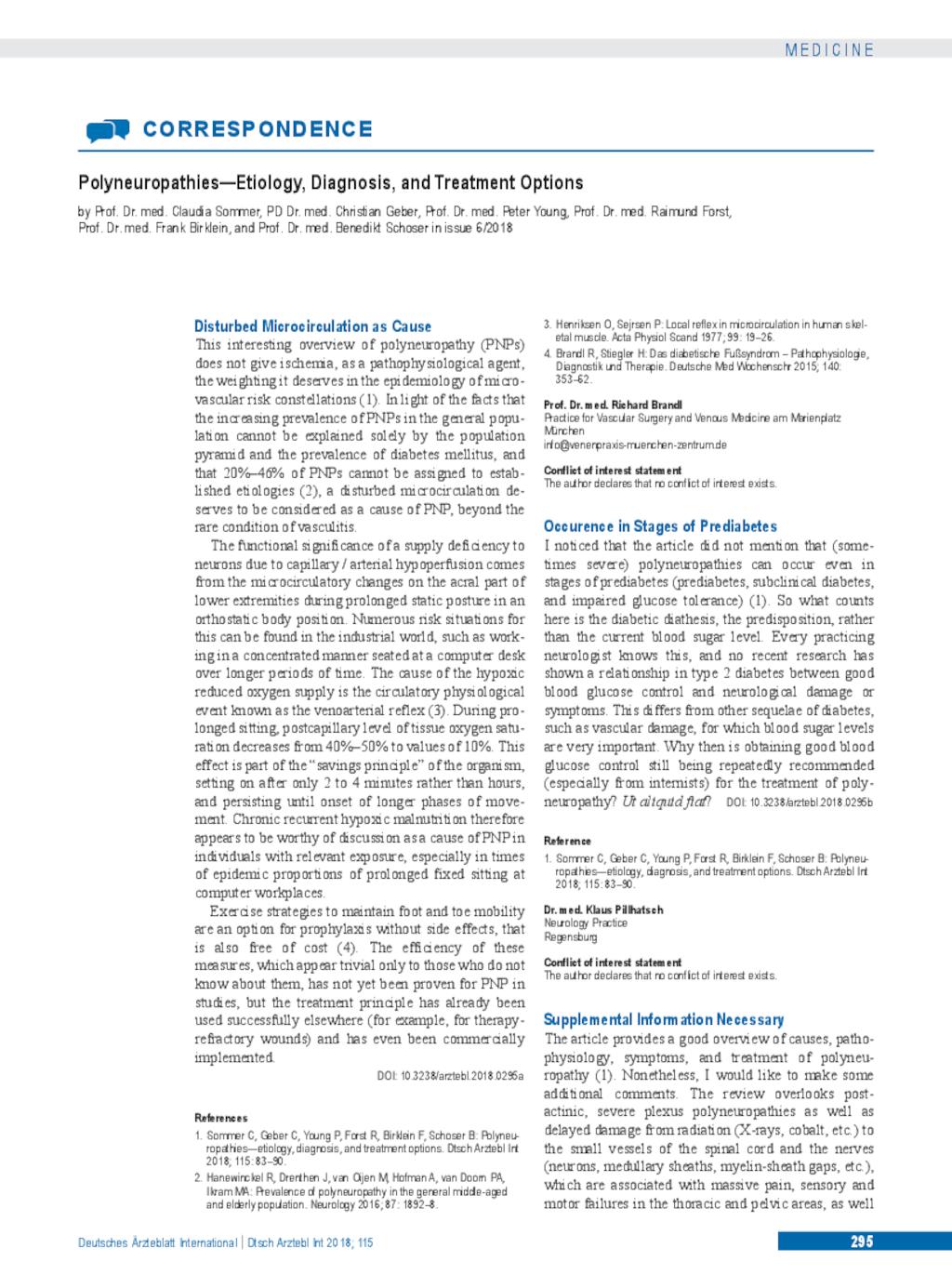