I would like to add a small supplement to the review article “Polyneuropathies”, which also takes into account rarer clinical pictures, and point out that cases of neuritis also occur in leprosy (albeit rarely) (1). In November 1992, a detailed article by Prof. Schliack was published on this topic (leprosy neuritis) in Deutsches Ärzteblatt (2). Although leprosy has declined since that publication, I would like to summarize a case study from practice: years ago, a patient requiring further neurological diagnostics presented with symmetrical sensations in the feet and hands and skin lesions on the face and trunk of body, which were indicative of an allergic reaction. Indeed, he had been dermatologically assessed a few days earlier and had been given the diagnosis of an unclear allergic reaction. Neurologically, the symptoms were summarized as “glove and stocking” hyperalgesia, weakened Achilles tendon reflexes, no pareses, and (in contrast to the typical symptoms of polyneuropathy) several 1-Euro (US quarter coin)–sized, well-reproducible analgesic areas in the trunk. Although symmetrical sensory disturbances are not typical of leprosy neuritis, and the prior dermatological assessment did not suggest leprosy, the symptoms of the analgesic areas on the trunk that were unusual for a “typical polyneuropathy” led to the suspicion of leprosy.

Presentation of the patient to the Department of Infectious Diseases of the responsible university hospital confirmed the suspicion of a borderline form of leprosy, and treatment was initiated. Based on this contact to the Department of Infectious Diseases, two further patients with leprosy (who had been in constant care of the infectious outpatient clinic) presented themselves for neurological-neurophysiological diagnostics in the following years, suggesting that the disease is probably not quite as rare in Germany as one might expect. With regard to migratory movements in Germany, one should perhaps keep this diagnosis in mind. 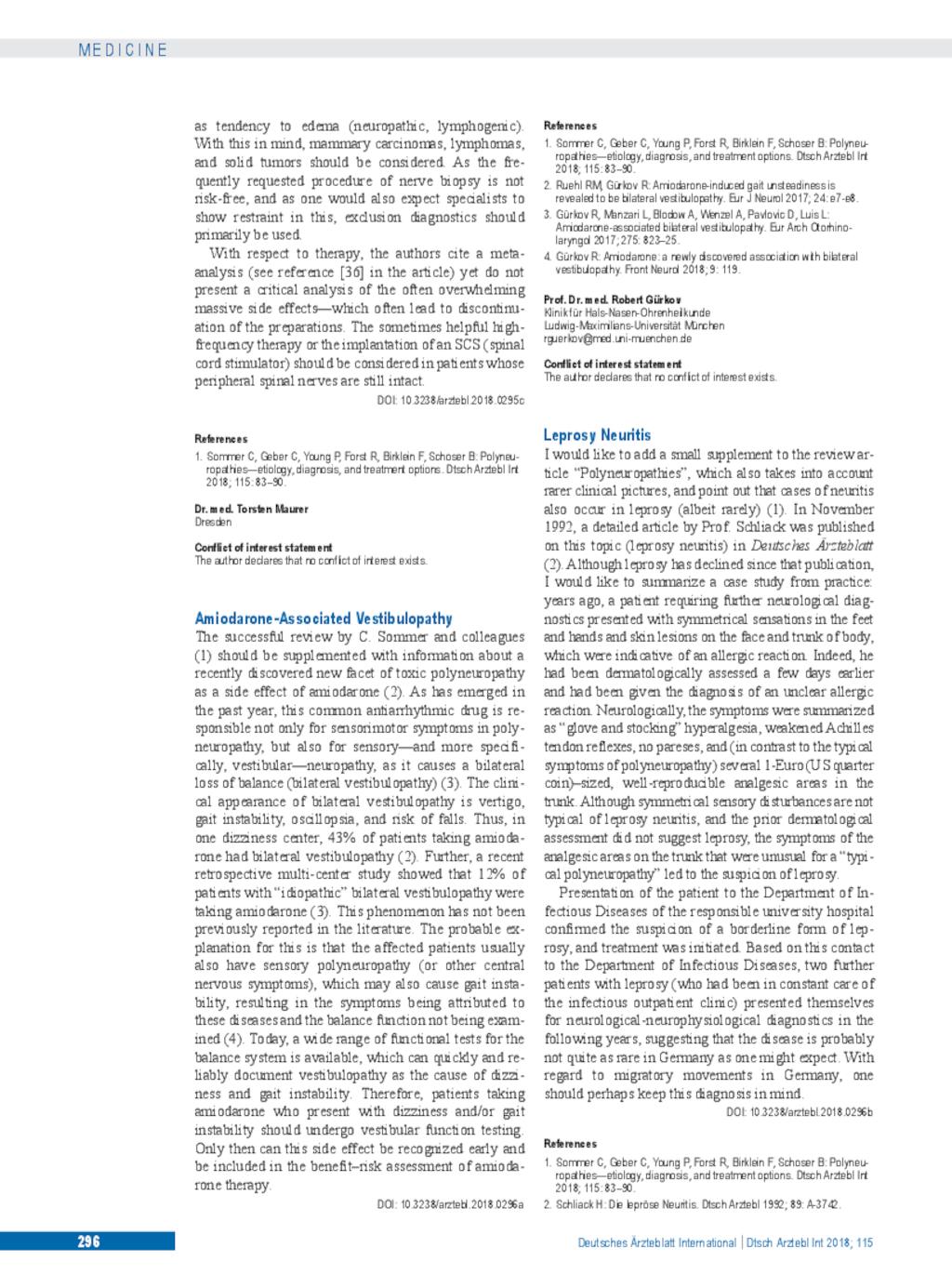