DÄ internationalArchive17/2018A Fall From a Scaffold, an Ignited Smartphone, and a Burn on the Buttocks

A Fall From a Scaffold, an Ignited Smartphone, and a Burn on the Buttocks

Figure
A Fall From a Scaffold, an Ignited Smartphone, and a Burn on the Buttocks
Enlarge All figures

While on a visit to a construction site, the patient failed to notice an opening in the scaffolding on which he was walking, where an access ladder led to a lower level. He fell through the opening and landed two meters lower down, fortunately receiving nothing worse than superficial bruises on the axilla, chest, and flank. The impact, however, led to a sudden mechanical deformation of the smartphone in his right rear trouser pocket, leading to a short-circuit in the battery. The telephone immediately caught fire, and a burn on his buttocks resulted. The burn covered at most 3% of the patient’s body surface area and consisted of intermingled areas of first-, second-, and third-degree burn (skin erythema, blister formation, and a centrally located area of dermal tissue destruction). The fire was extinguished at once by bystanders at the scene and had no further adverse consequences. When the emergency medical services arrived, the telephone was still glowing hot. Cellular telephones are ubiquitous, but there have been only rare reports of explosions and burns caused by the lithium-ion batteries that power them. The literature contains an increasing number of reports of burns due to cellular-telephone malfunctions; these burns can be severe and extensive. This case shows that carrying a cellular telephone on one’s person can lead to additional, possibly serious injury if the owner happens to sustain a fall. 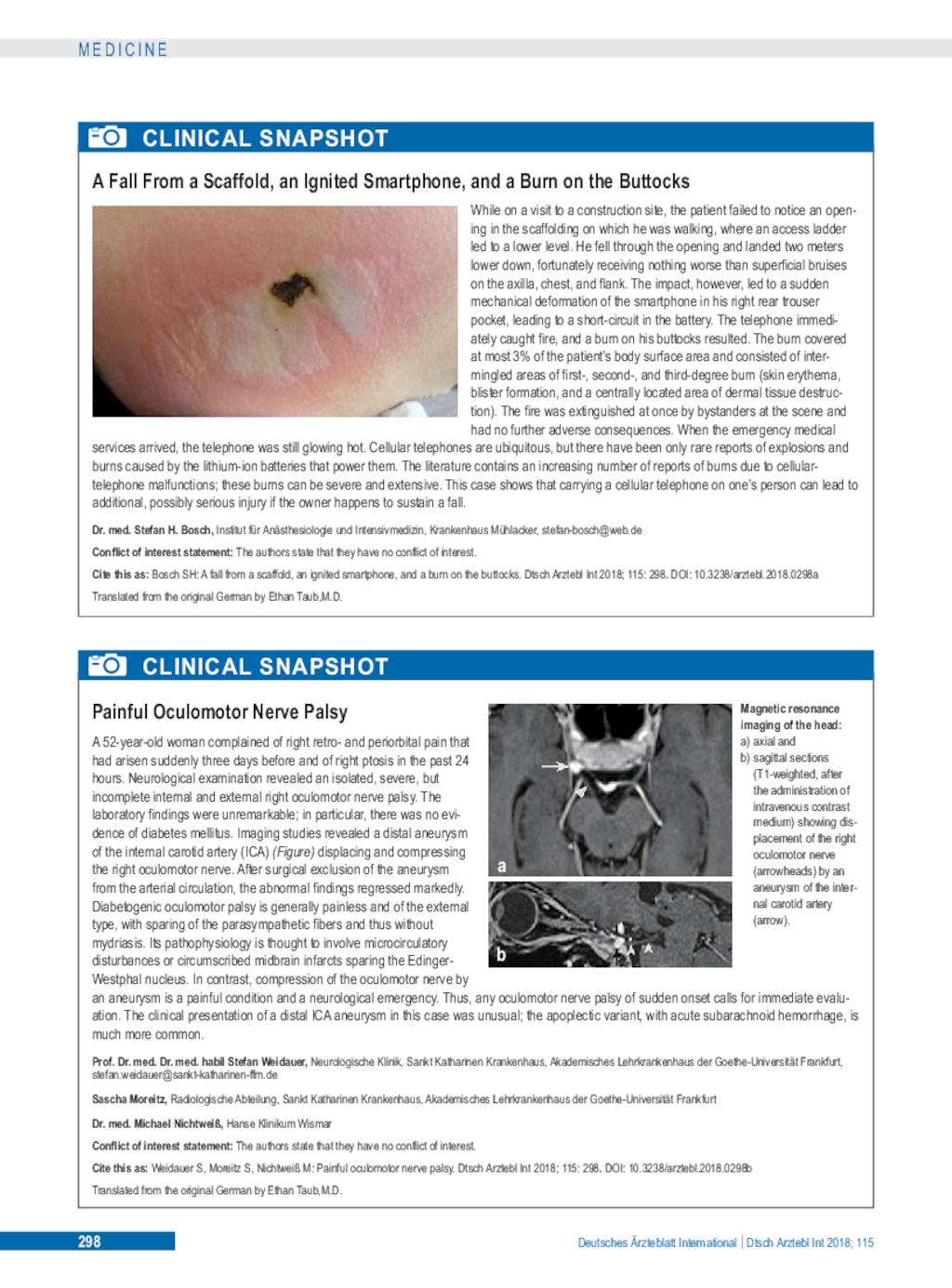