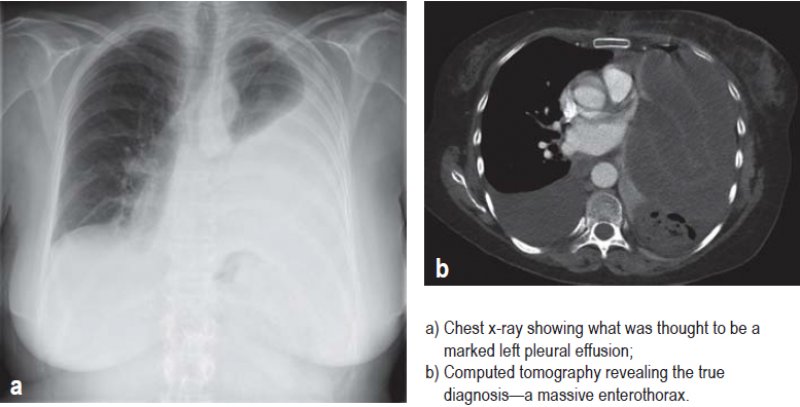 Figure a+b
a) Chest x-ray showing what was thought to be a marked left pleural effusion; b) Computed tomography revealing the true diagnosis—a massive enterothorax
Enlarge All figures

A 55-year-old woman complained of abdominal pain, nausea, and vomiting of 2 weeks’ duration. She said that she had often been constipated, but acute stool retention was not part of her current problem. She had received a liver transplant 5 years earlier because of alcoholic cirrhosis. She suffered from recurrent cholangitis with ischemic-type biliary lesions (ITBL), a dreaded biliary complication after liver transplantation whose cause is unknown. Ultrasonography revealed dilated biliary pathways, and antibiotics were given for a presumed new attack of cholangitis. During the course of treatment, the patient complained of dyspnea at rest. A finding on a chest x-ray (Figure a) was, unfortunately, misinterpreted as a left pleural effusion; after auscultation (but not percussion), an ultrasound-guided puncture was performed, yielding blood-tinged fluid. Computed tomography of the chest (Figure b) then revealed enterothorax with mechanical ileus resulting from incarceration of loops of small and large bowel. An emergency laparotomy with adhesiolysis and diaphragm closure was performed, and the patient recovered rapidly. A diaphragmatic injury that had occurred during the transplant procedure and that had been primarily sutured was considered to have been a predisposing factor for enterothorax. This case illustrates the need to consider enterothorax in the differential diagnosis of late postoperative complications.

Figure a+b
a) Chest x-ray showing what was thought to be a marked left pleural effusion; b) Computed tomography revealing the true diagnosis—a massive enterothorax
Enlarge All figures
Sudden Dyspnea in a Liver Transplant Recipient 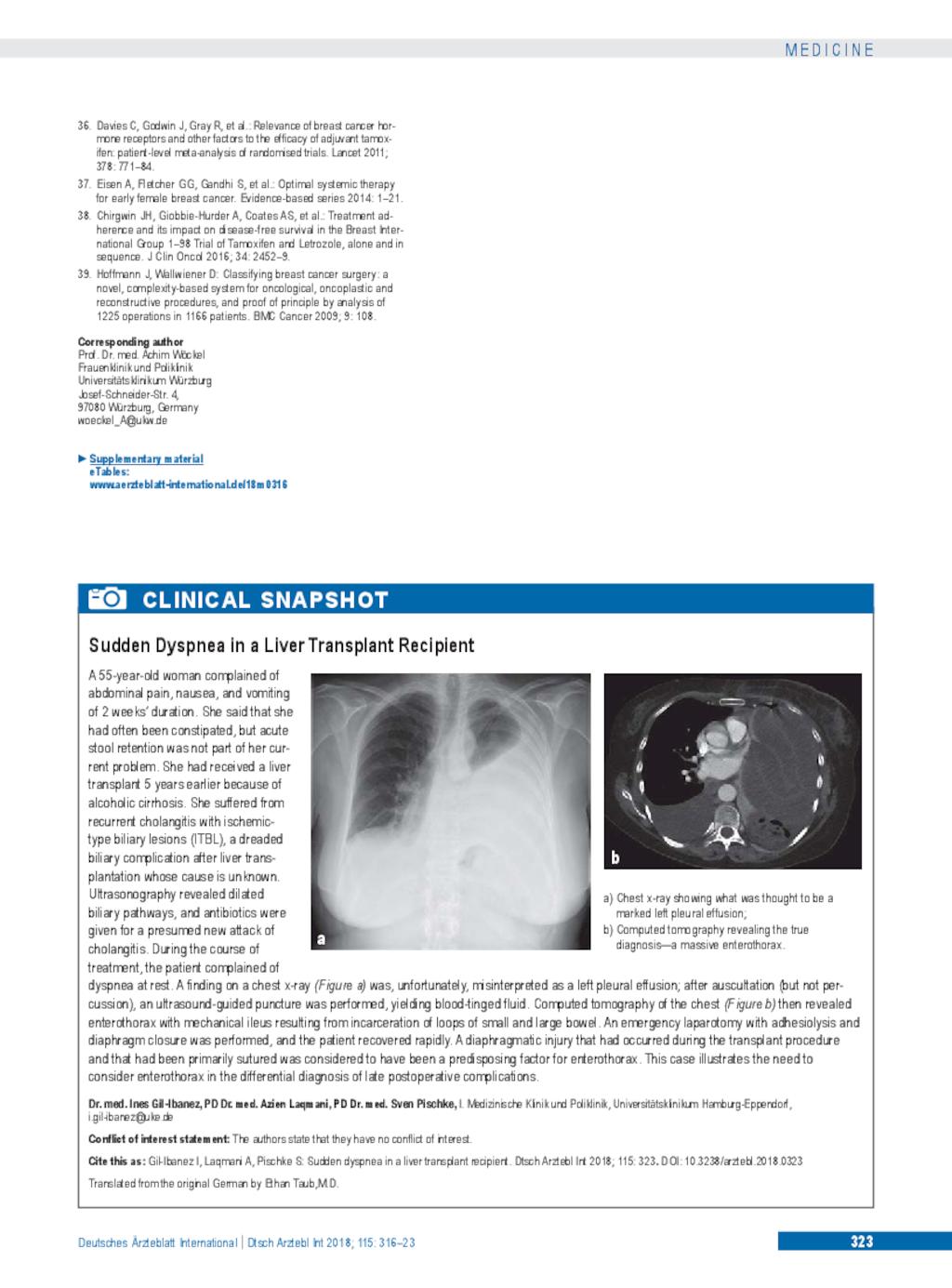