Not an “All-or-Nothing” Principle

The discrepancy between the epidemiological data, which suggest a prevalence of pituitary insufficiency of about 50 per 100 000 people, and the estimated frequency given in the review of 1%–10% of all people, is surprising only at first glance (1). A possible explanation is indicated by the fact that the somatotropic axis appears to be the most frequently affected system, followed by the gonadotropic axis, while the systems most important for survival are only rarely affected. It cannot be assumed that damage to pituitary tissue (for whatever reason) takes the importance of functions of the corresponding cells into consideration. Rather, it seems reasonable that compensatory mechanisms are activated upon failure of the most vital substances; for instance, a more or less pronounced deficiency of adrenocorticotropic hormone (ACTH) and glucocorticosteroids leads to an increased secretion of catecholamines, which then changes the dominant symptoms accordingly.

Patients who do not present textbook symptoms of a specific hormone deficiency are referred to as “asymptomatic”; however, in fact, the symptoms of these so-called asymptomatic patients were usually at least sufficient for a referral to diagnostic imaging, even when they were not directly linked with a suspected pituitary insufficiency. As long as a (more-or-less pronounced) pituitary insufficiency is only suspected when the symptomatology for this is evident, and as long as the many countermeasures (with all of their possible side effects) taken by the human body to ensure its survival are not taken into account, it is likely that numerous cases of disrupted pituitary function that should be treated will go unrecognized. 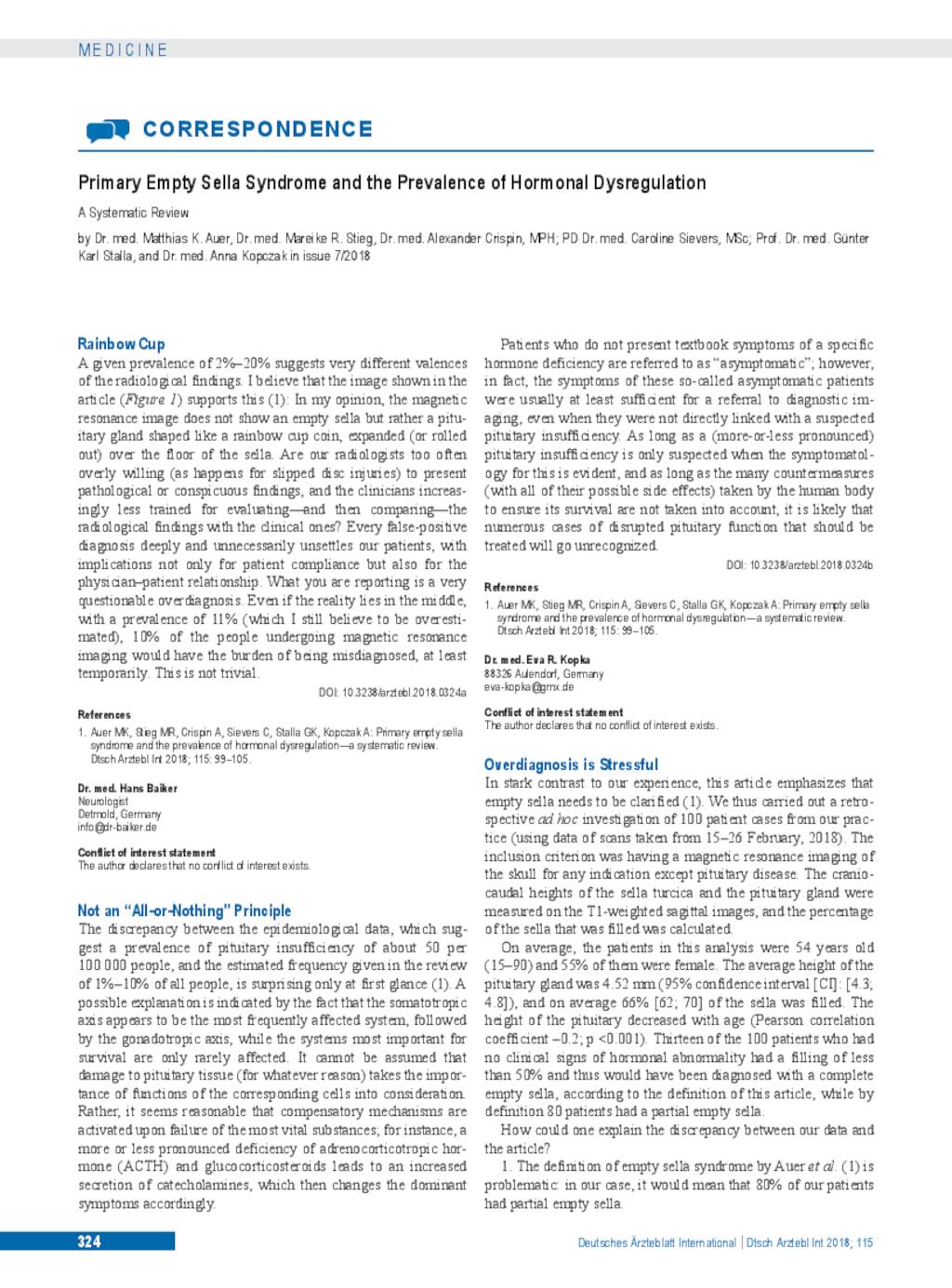