A 29-year-old man was referred to the hospital because of progressively severe pain of 4 days’ duration that had begun in the epigastrium and then spread to the umbilical region and the entire abdomen. Clinical examination revealed a tensely distended abdomen with prominent brown discoloration of the skin around the umbilicus. The laboratory tests and an ultrasonographic examination confirmed the suspected diagnosis of acute (idiopathic) pancreatitis. The patient’s further course was marked by subtotal pancreatic necrosis, splenic vein thrombosis, and the development of diabetes mellitus due to loss of pancreatic tissue (type 3c). After three weeks of conservative treatment, first in an intensive care unit and then on the regular ward, the skin changes had regressed and the patient had recovered to some extent. Brownish-blue spots (ecchymoses) around the umbilicus are known as Cullen’s sign and are considered to indicate an unfavorable prognosis in acute pancreatitis. They arise by the spread of pancreatic enzymes along the round ligament of the liver into the periumbilical fat, causing hemorrhagic necrosis. Cullen’s sign and the analogous Grey Turner’s sign of the flank are seen in only ca. 1% of patients with pancreatitis but are associated with up to 40% mortality. 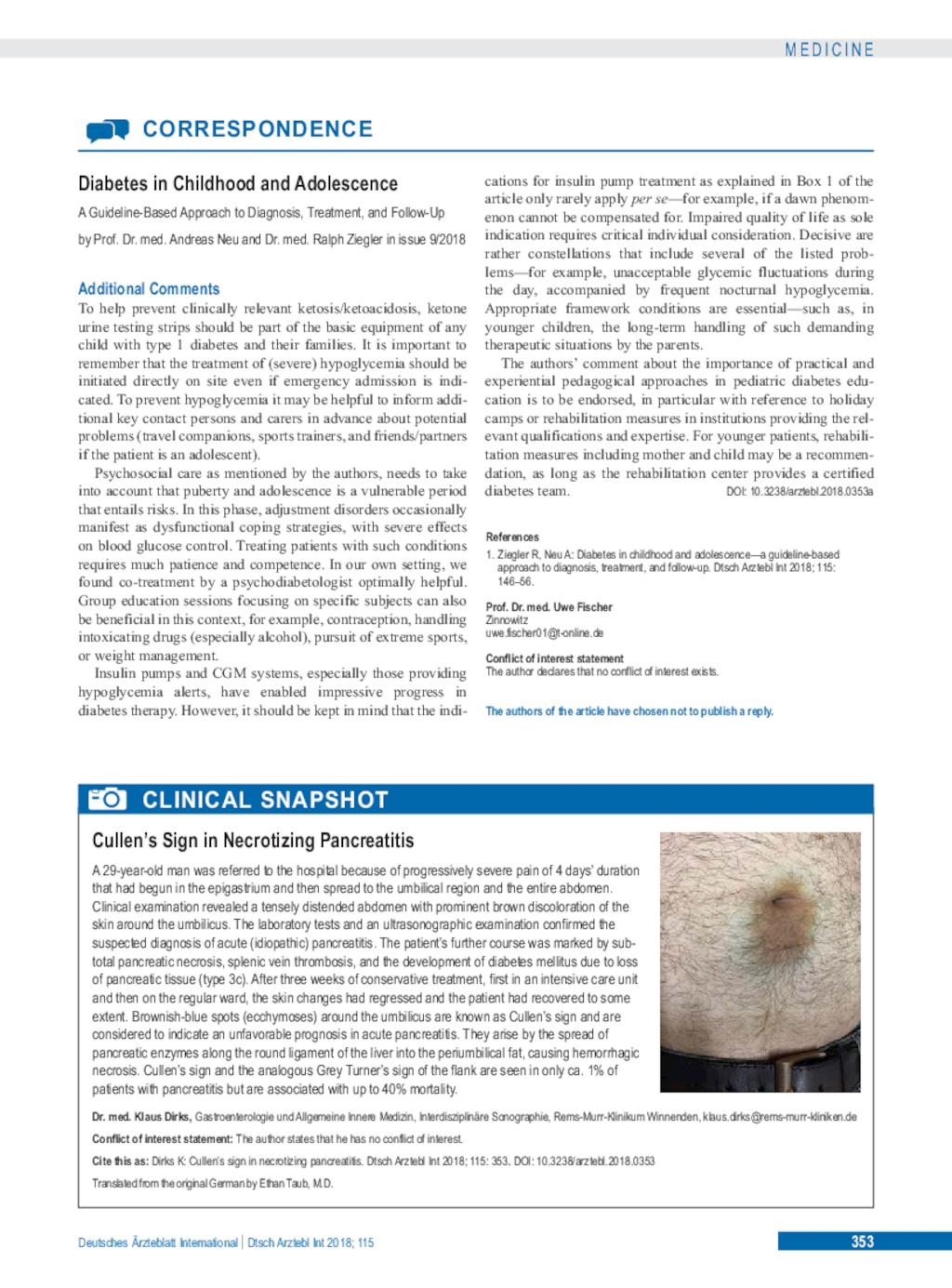