A 76-year-old man underwent the excision of an aneurysm of the common femoral artery with implantation of an iliaco-femoral Dacron bypass graft. Postoperatively, an inguinal lymphatic fistula with impaired wound healing developed and was treated with a vacuum-sealed dressing. Superficial microbiological cultures were negative, good granulation was seen at the wound edges, and the wound was closed secondarily 24 days after the original procedure, but lymphatic secretion persisted thereafter. 10 days later, transpedal lymphangiography was performed with the aim of selectively obliterating the fistula. Over the ensuing three days, lymphatic secretion stopped completely, and the patient was discharged home with a partially healed wound. Full healing was documented on outpatient follow-up one month later.

Intractable lymphatic fistulae arise after up to 30% of operations in the groin. These can be treated successfully with transpedal lymphangiography: the iodinated oil leads to selective blockage of the afferent lymphatic vessels as well as sterile inflammation at the fistula site, which causes it to heal with a scar. 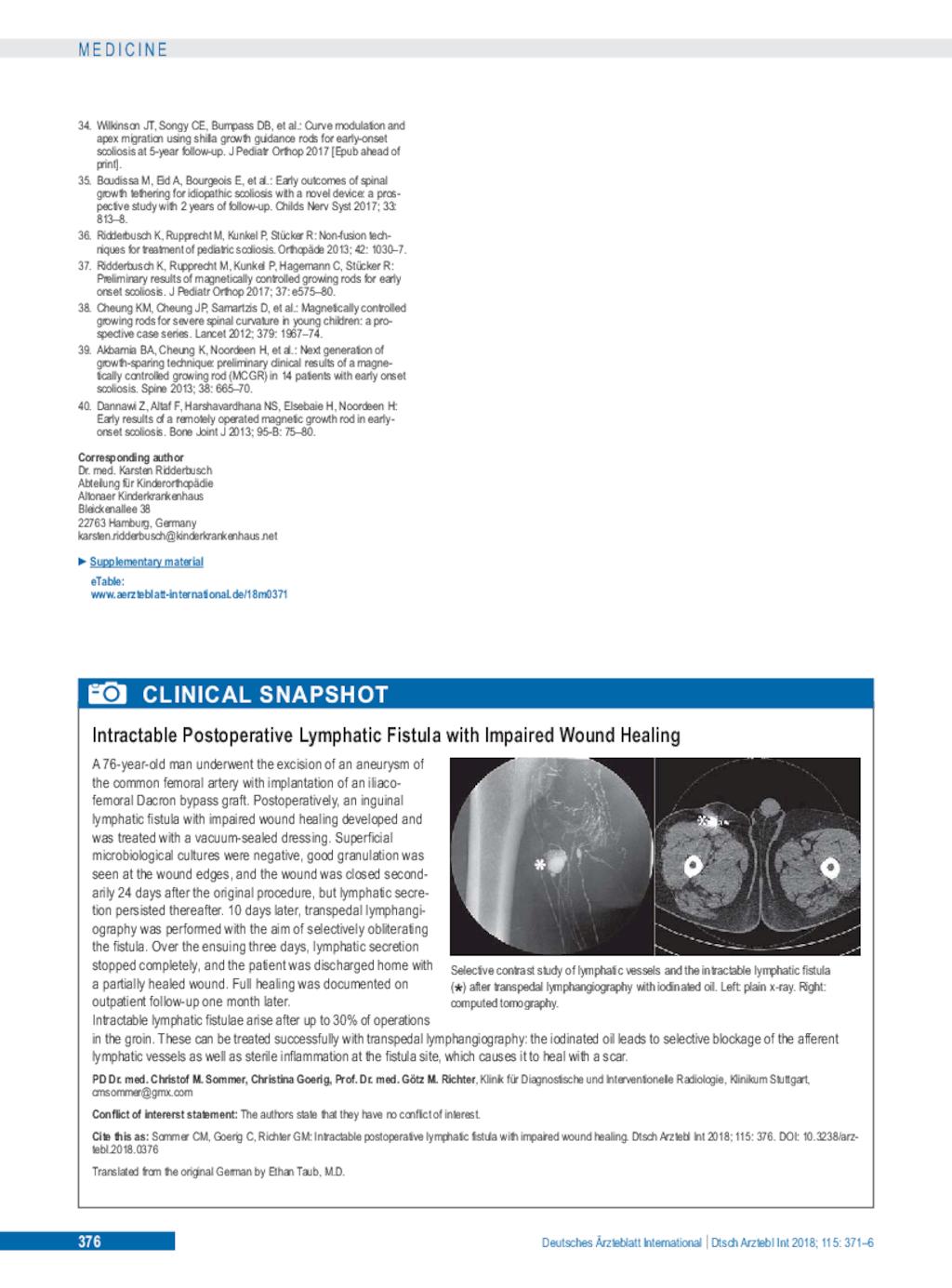