Analyzing Socioeconomic Regional Disparities for the Purpose of Healthcare Planning

It is 12 years ago that I first became aware of the subject discussed in the article. The city of Essen had set up a network for myocardial infarction, which divided the city into four areas of roughly the same population share, each to fall under the responsibility of one specific hospital. Much to participants’ surprise, the numbers of infarctions subsequently requiring care were widely divergent, as Essen’s north and south have very different social structures, which had not been considered in the set-up of the network. Professor Michael Haude, now in Neuss, reported the findings at the time.

Otherwise I welcome the article by Hanefeld et al. (1) without any reservations and congratulate them on their courage in publishing their findings.

In 2015 a senior consultant cardiologist from Bayreuth was dismissed from his job because, according to a population-based assessment, he had undertaken far too many catheter-based interventions. The case made it into the media as a medical scandal, reported in Spiegel magazine, among others. Together with Alfred Müller, a statistician in Munich who specializes in analyzing regional socioeconomic disparities, we reproduced the results by simply applying the NICE-deprivation index. Such indexes are used in countries whose health policies include planning measures, in order to adjust structures and needs.

The result was that the consultant cardiologist had not undertaken far too many interventions, but a bit too few of them. The underlying calculations may well be met with interest when presented at international health economics conferences, but cardiologists in Germany are not even curious to see them on a poster. One key message of Hanefeld et al. is therefore that socioepidemiologically, Germany is a backwater. Any medium-level health planner in Denmark or England will conduct such analyses of regional socioeconomic disparities as a matter of default; in Germany, this is still an event of note. 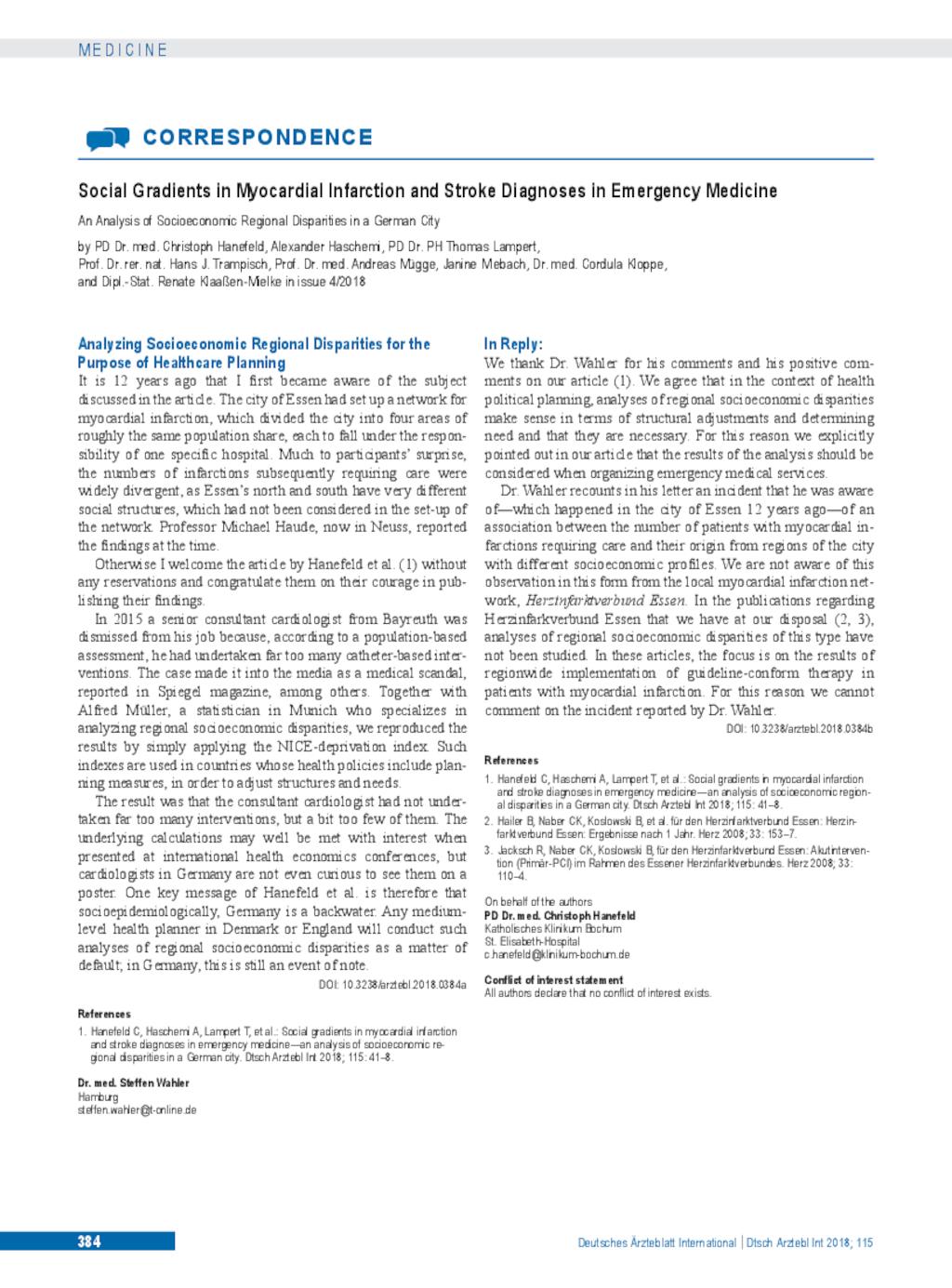