An 83-year-old man complained of lessened performance ability, weight loss, and febrile episodes of several months’ duration. A painful area of partly indurated and squamous erythema with an irregular border was seen on his right arm. Skin biopsy and histopathological examination revealed granulomatous inflammation with focal necroses; a suspected mycobacterial infection could not, at first, be confirmed either by microscopy (Ziehl-Neelsen stain) or by molecular genetic testing. Nonetheless, because the patient had suffered from tuberculosis of the lymph nodes three years before, he was given standard anti-tubercular treatment. The cutaneous and general symptoms improved within one week, and the diagnosis was confirmed four weeks after presentation when a fluid culture turned positive for Mycobacterium tuberculosis.

Lupus vulgaris, the most common type of cutaneous tuberculosis (a rare condition in low-incidence countries), is due to post-primary hematogenous seeding of the skin with mycobacteria. The skin changes are generally not contagious and may display psoriasiform scales as a secondary efflorescence (lupus vulgaris exfoliativus). The treatment corresponds to that of pulmonary tuberculosis; as long as no drug resistance is present, it consists of isoniazid, rifampicin, pyrazinamide, and ethambutol for two months, followed by isoniazid and rifampicin for four months. 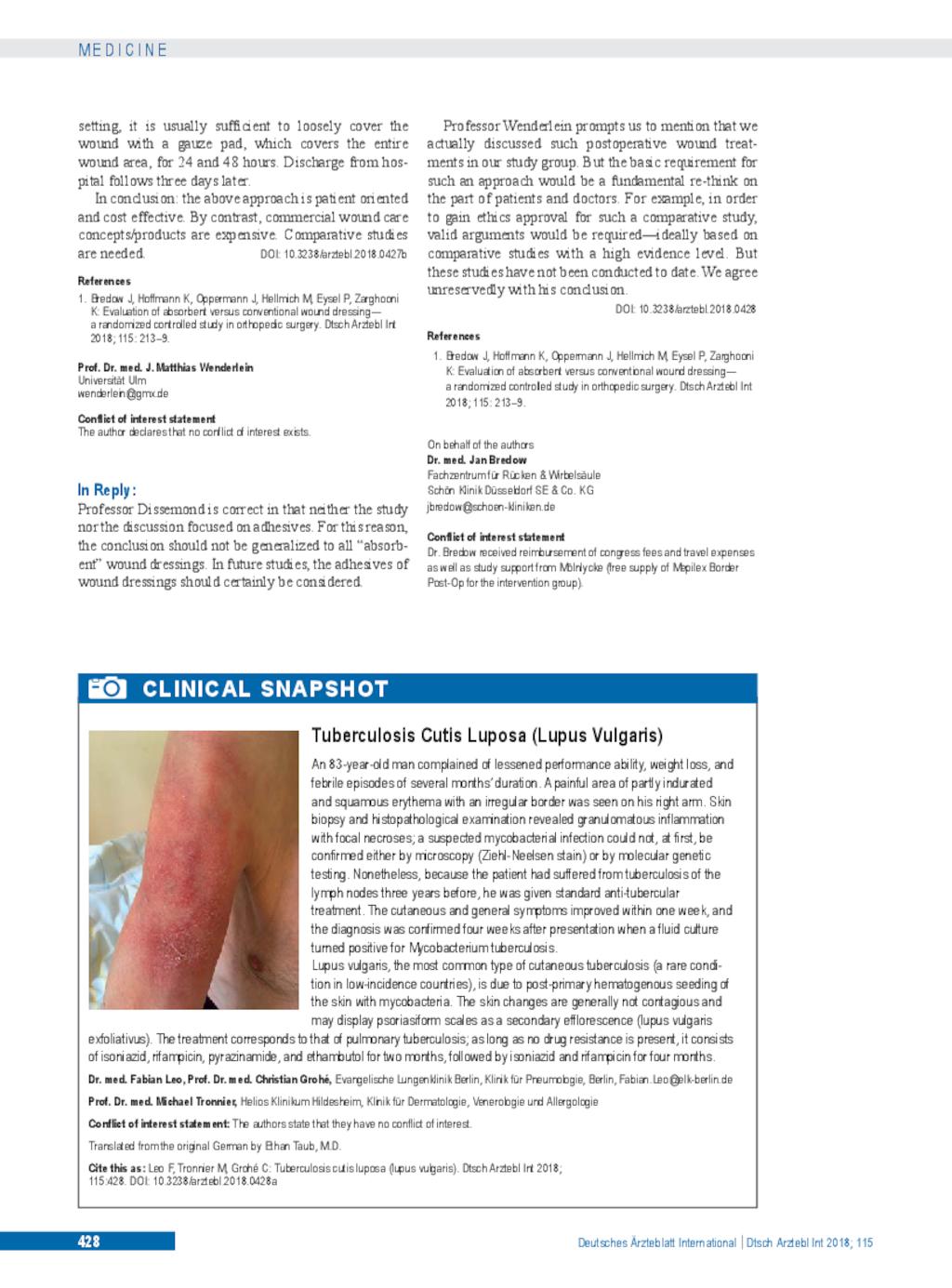