Migration Background Should Be Considered

A substantial proportion of pregnant women in the maternity facilities in large German cities and conurbations have a migration background. In order to ensure that high quality healthcare can be delivered, it is important to consider this fact when discussing overweight and pregnancy risks.

In a study funded by the German Research Foundation (DFG), we investigated peripartum health outcomes in 7100 pregnant women at three large maternity hospitals in Berlin, whose parturition course we followed prospectively (1, 2). Induced births were more common in overweight and obese women, but no differences were seen between women with and without a migration background. Similarly, in the context of secondary cesarean sections, we observed an association only with overweight, not with a migration background. This indicates that peripartum care and support are of a high quality (1, 2). 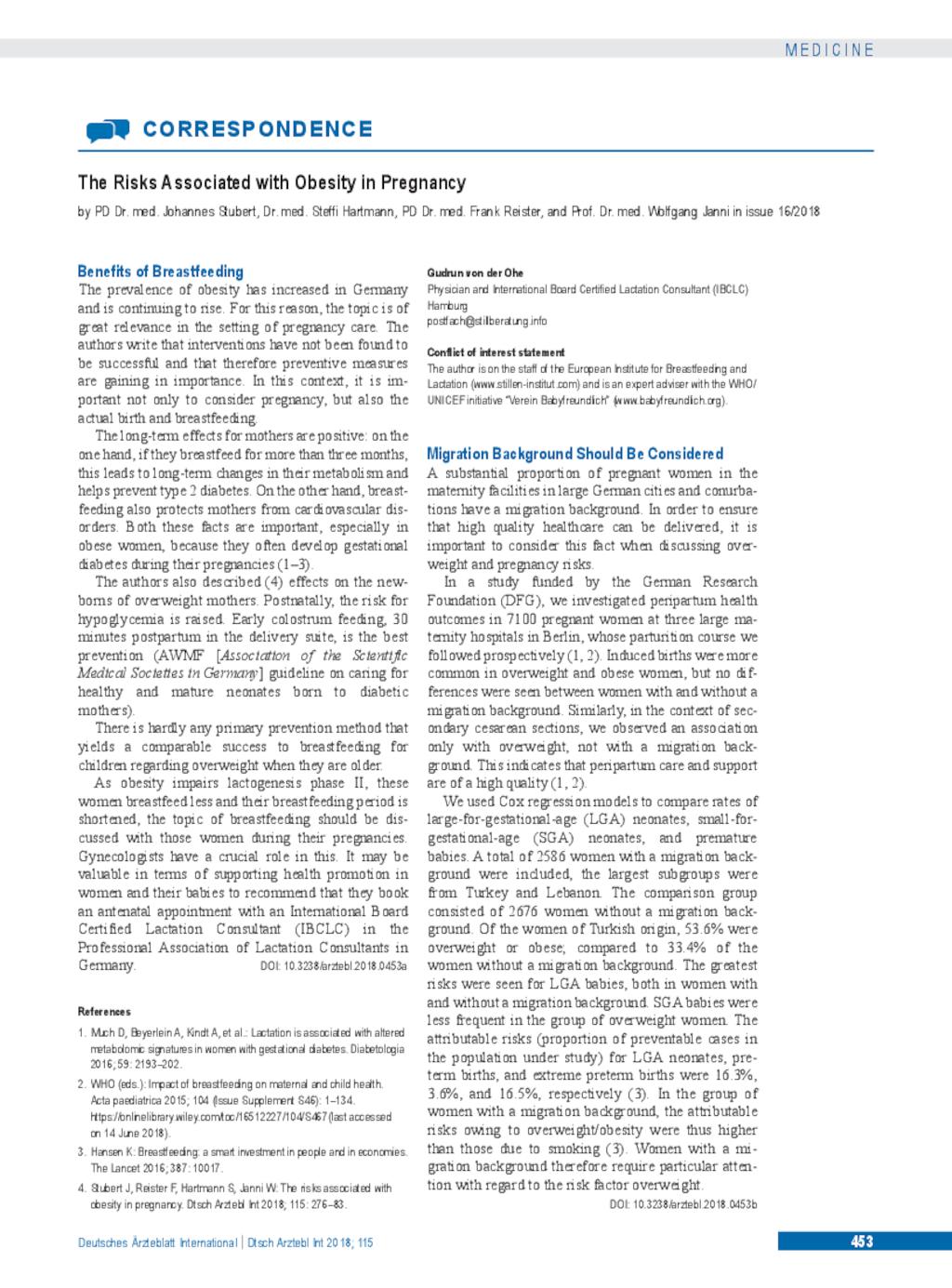