The data presented by Morgenstern et al. (1) are outdated because the sale of e-cigarettes to underage customers in Germany was banned in April 2016, immediately after the data had been collected. Many adolescents try out e-cigarettes, but only very few vape on a regular basis. And if they do then they often use liquids not containing nicotine (2). Furthermore, most of the underage consumers of e-cigarettes were already smoking before they started vaping. If consumption of e-cigarettes really is a gateway to smoking tobacco, as Morgenstern et al. say, then the proportion of adolescent never smokers has fallen notably since e-cigarettes were brought to market more than 10 years ago. In actual fact, the opposite is the case: in Germany, the proportion of never smokers among 12–17 year olds reached a historical high in 2016—namely, 80% (3). The same is true for the USA, where the fall in the numbers of smokers in adolescents and adults has accelerated since e-cigarettes were introduced.

It cannot be excluded that this positive trend will reverse at some point, as demonstrated by the hype surrounding new devices such as “Juul”. For this reason, I agree with the authors in recommending that trends on the e-cigarette market should be studied attentively. Such monitoring does, however, require unbiased observers, which do not only consider the hypothetical risks of e-cigarettes for a small number of adolescents, but also the possible benefits for the 18 million German citizens who still smoke tobacco cigarettes and thus run the risk of an early death from the sequelae of tobacco consumption (4). 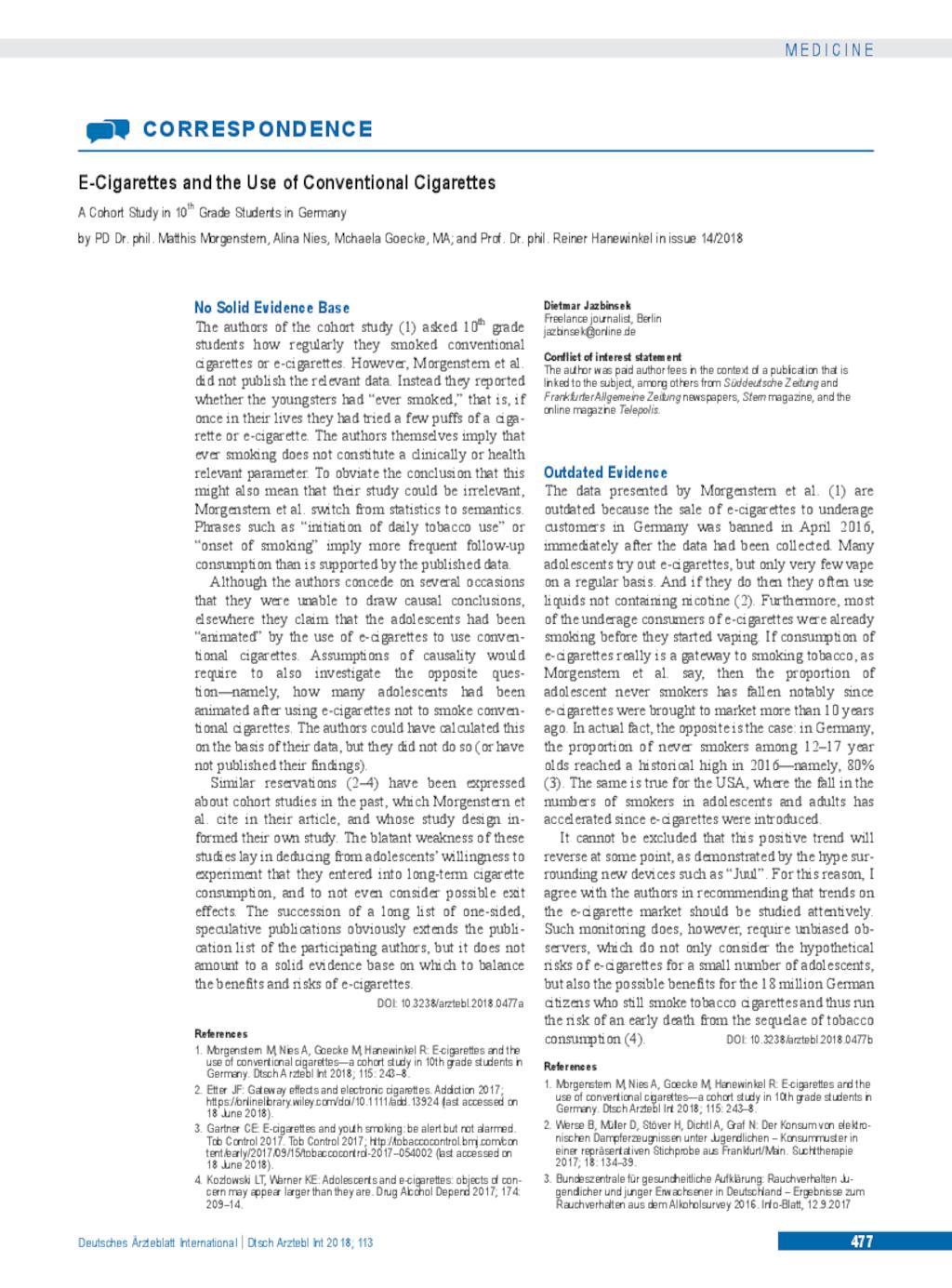