E-cigarettes are controversial in Germany because they initially do not disrupt nicotine dependence. The available evidence, by contrast, supports the use of e-cigarettes in quitting tobacco. Not without reason, the UK NHS favors this therapeutic approach (1, 2, 4). The UK government uses the published data in support of publicizing the benefits of e-cigarettes (4). A 2016 Cochrane review recognized benefits from successfully giving up tobacco cigarettes, and in the other subjects it acknowledged benefits owing to a reduction in the number of tobacco cigarettes consumed; the authors identified a need for more studies because the data are currently unsatisfactory. In 2018, this demand has already been met to a substantial degree.

A US study published in 2017 described an improvement in the rate of successful tobacco smoking cessation from 4.8% to 8.2% thanks to the use of e-cigarettes. Deutsches Ärzteblatt and the German Federal Ministry of Health too described the benefits of e-cigarettes in 2017, among other reasons because the hypothesis of the e-cigarette as a gateway drug seems to have been disproved (www.aerzteblatt.de/nachrichten/73991).

Different powerful lobby groups would like to see e-cigarettes to be presented in an unfavorable light because their turnovers and associated financial gains are at risk of being diminished.

Additional literature is available from the author. 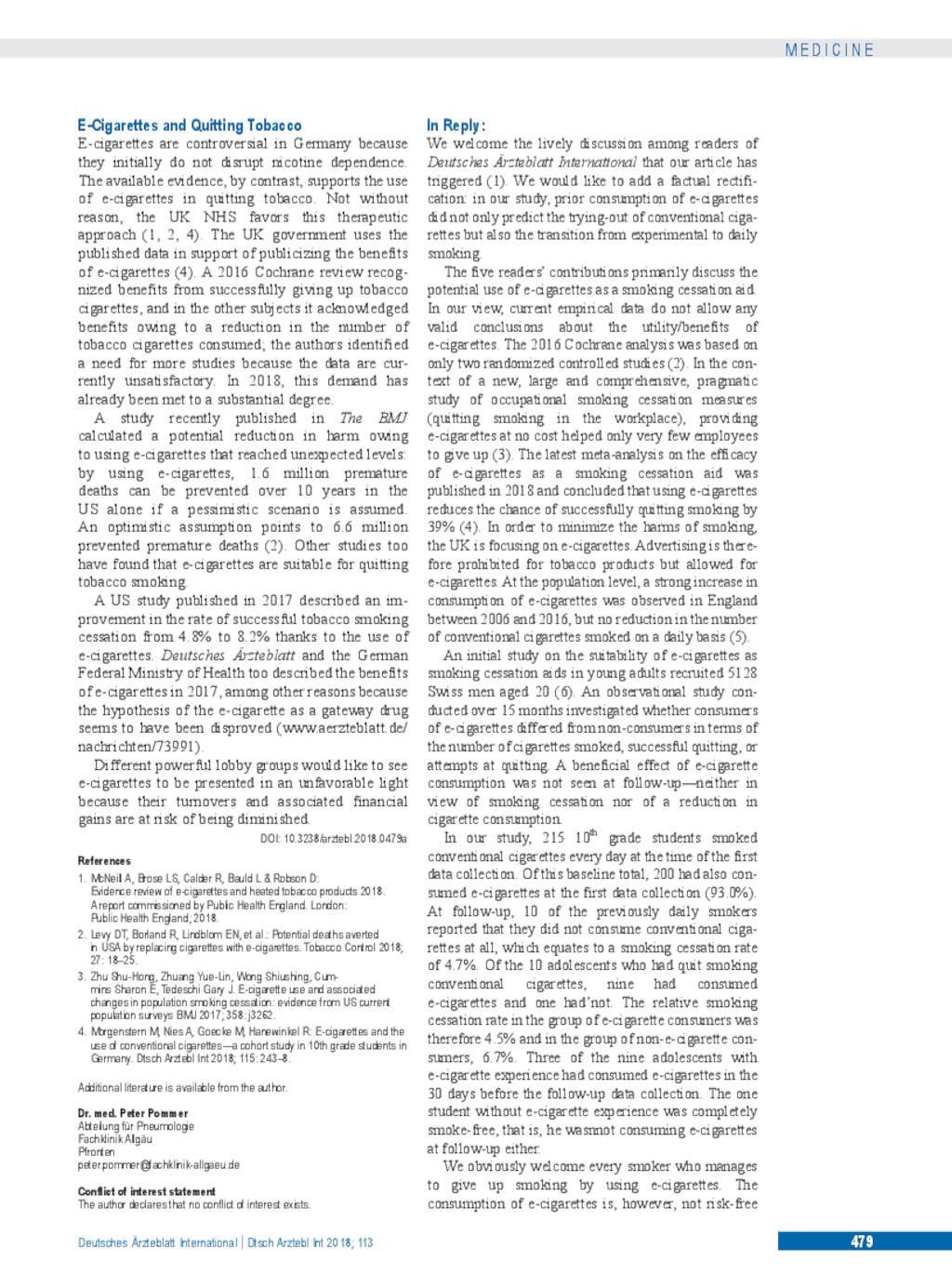