A 65-year-old man with a severe aortic valve stenosis underwent conventional aortic valve replacement surgery. During the operation, diffuse black discoloration was found on the sternum, pericardium, inner wall of the aortic root, and aortic valve (a). Similar discoloration of the sclerae and ears (b), grayish urine, and longstanding joint pains were noted retrospectively. Black discoloration of the joint surfaces had been seen during prior hip replacement surgery. The patient‘s mother had also had black spots in her eyes. The urinary homogentisic acid concentration was markedly elevated at 2.2 g/L (reference range: <0.1 g/L). This finding provided the final confirmation of the diagnosis of alkaptonuria, a rare disorder of tyrosine metabolism. The condition is caused by an inherited defect of the gene for the enzyme homogentisic acid dioxygenase. Crystal deposition over many years leads to tissue damage, mainly in joint cartilage, the kidneys, and the aortic valve. Causally directed treatment is not yet available. Pain therapy, physiotherapy, exercise, proper nutrition, and surgical intervention as needed are the current mainstays of treatment. 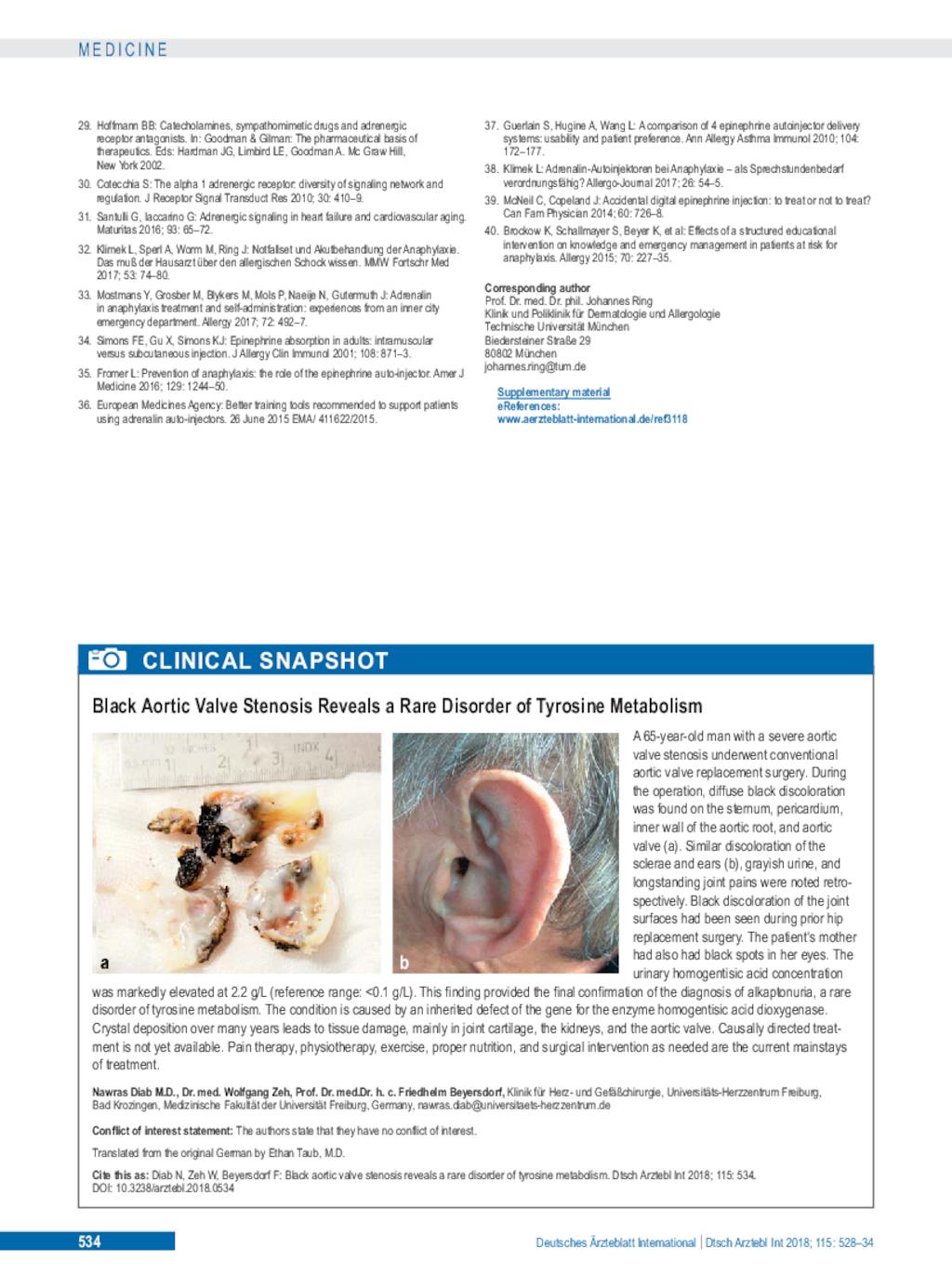