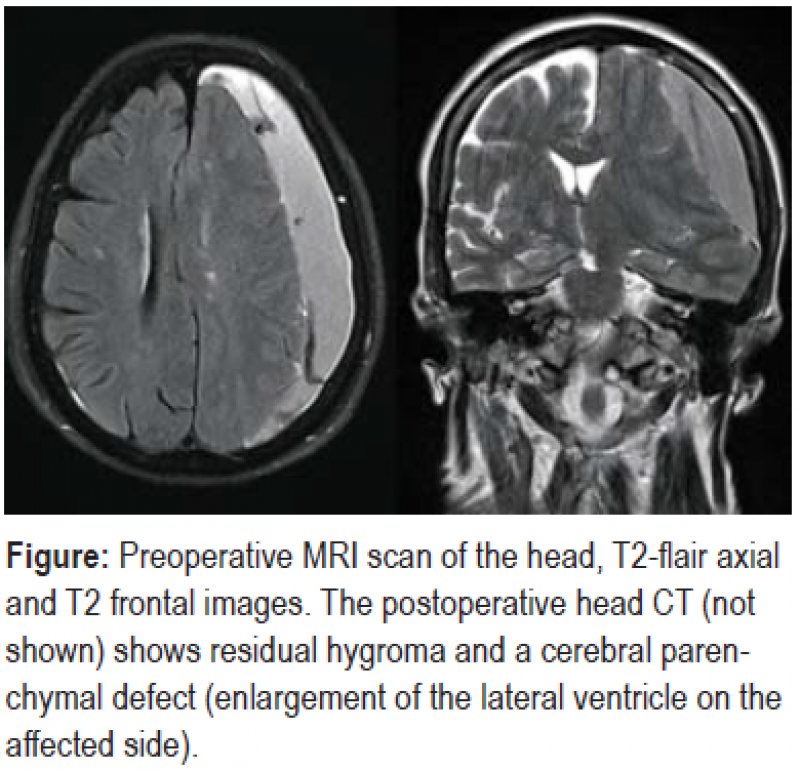 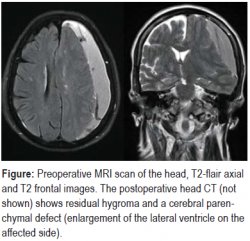 The patient, a 77-year old woman, was a retired bookkeeper in good physical health. She had been in psychotherapy for decades because of anxiety and marital problems and suffered from a low-dose benzodiazepine dependence. She was widowed after 43 years of monogamous marriage and then, 1¼ years later, developed an amorous relationship with an 80-year-old married man living next door, with obsessive infatuation and an intense experience of sexual revelation. Her feelings of guilt and egodystonic experience and behavior were treated during depth-psychological sessions with a psychiatrist. The affair ended when her lover turned away from her; the ensuing emotional preoccupation and suicidal thoughts led to two psychiatric hospitalizations and to the need for intensive outpatient psychotherapy. She was not suffering from a dementia syndrome, delusions, or any clinically evident neurologic deficits. Therapy resistance, cognitive rigidity, and alien nature of her sexual obsession motivated referral for an MRI scan of the head, which yielded the unexpected finding of a subdural hematoma with older and newer components, midline shift, and incipient transtentorial herniation. She was operated on immediately (burr-hole trepanation and hematoma evacuation); the hematoma consisted of old and acute parts. There had been no prior history of anticoagulation, a fall, or other head trauma. An organic personality disorder was diagnosed (ICD-10:F07.0). By the time of follow-up 2½ months after surgery, the patient had only partly distanced herself from her sexual-amorous preoccupation but had not resumed contact with her neighbor.

Translated from the original German by Ethan Taub, MD 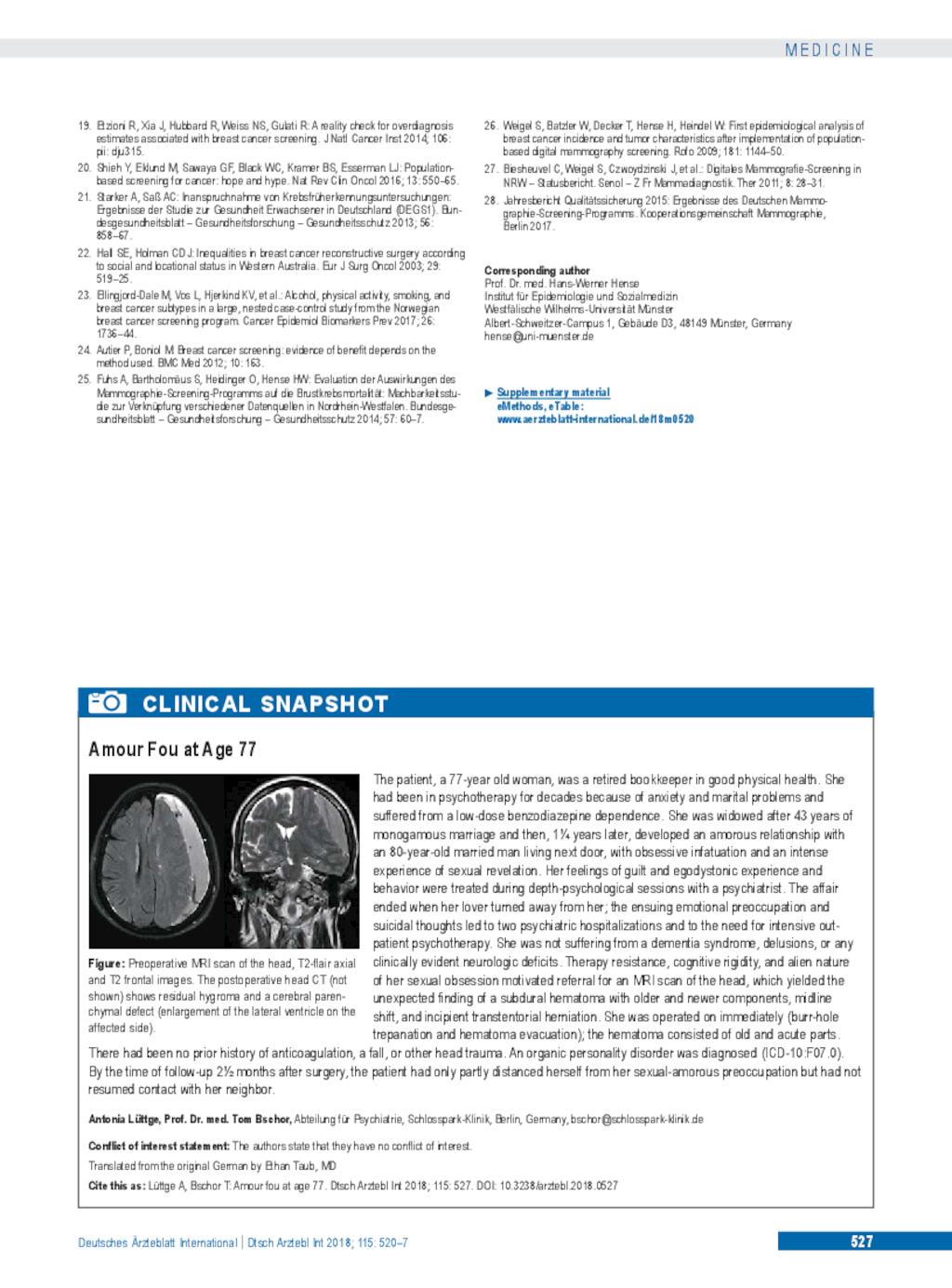