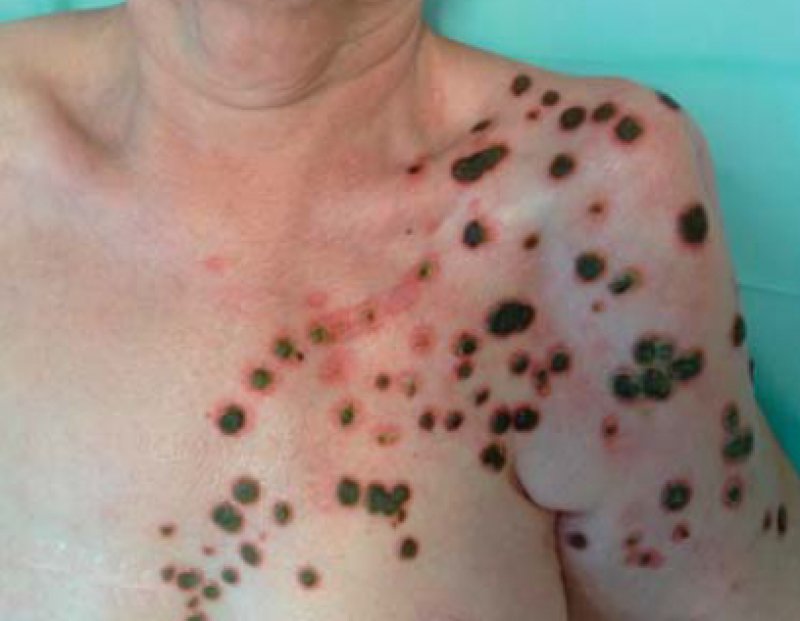 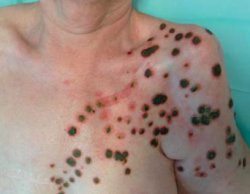 An 83-year-old woman complained of intense itch. On the left side of her trunk, there were multiple ulcerations with central, nodular keratinous plugs. Histopathological examination confirmed the suspected diagnosis of perforating collagenosis. Acquired perforating collagenosis is a condition in which collagenous connective tissue is transepidermally extruded. A Koebner phenomenon resulting from deep self-inflicted scratches is thought to be a possible mechanism for this condition, which is often associated with diseases such as chronic renal insufficiency, diabetes mellitus, herpes zoster, or scabies. This patient had an HbA1c value of 7.8%; chronic metabolic decompensation of her previously diagnosed diabetes mellitus was considered to have been a possible triggering factor for the skin condition. In the differential diagnosis of such cases, other pruritic skin diseases—e.g., prurigo diseases—must be excluded. The clinical presentation here, with sharply demarcated ulcerations, was typical, but skin biopsy was nonetheless essential for confirming the diagnosis. The most important part of therapy is the treatment of the underlying disease. We also gave this patient topical glucocorticoids and systemic antihistamine drugs, alternatives include ultraviolet therapy or systemic allopurinol. The itch rapidly improved, and the skin lesions gradually healed. 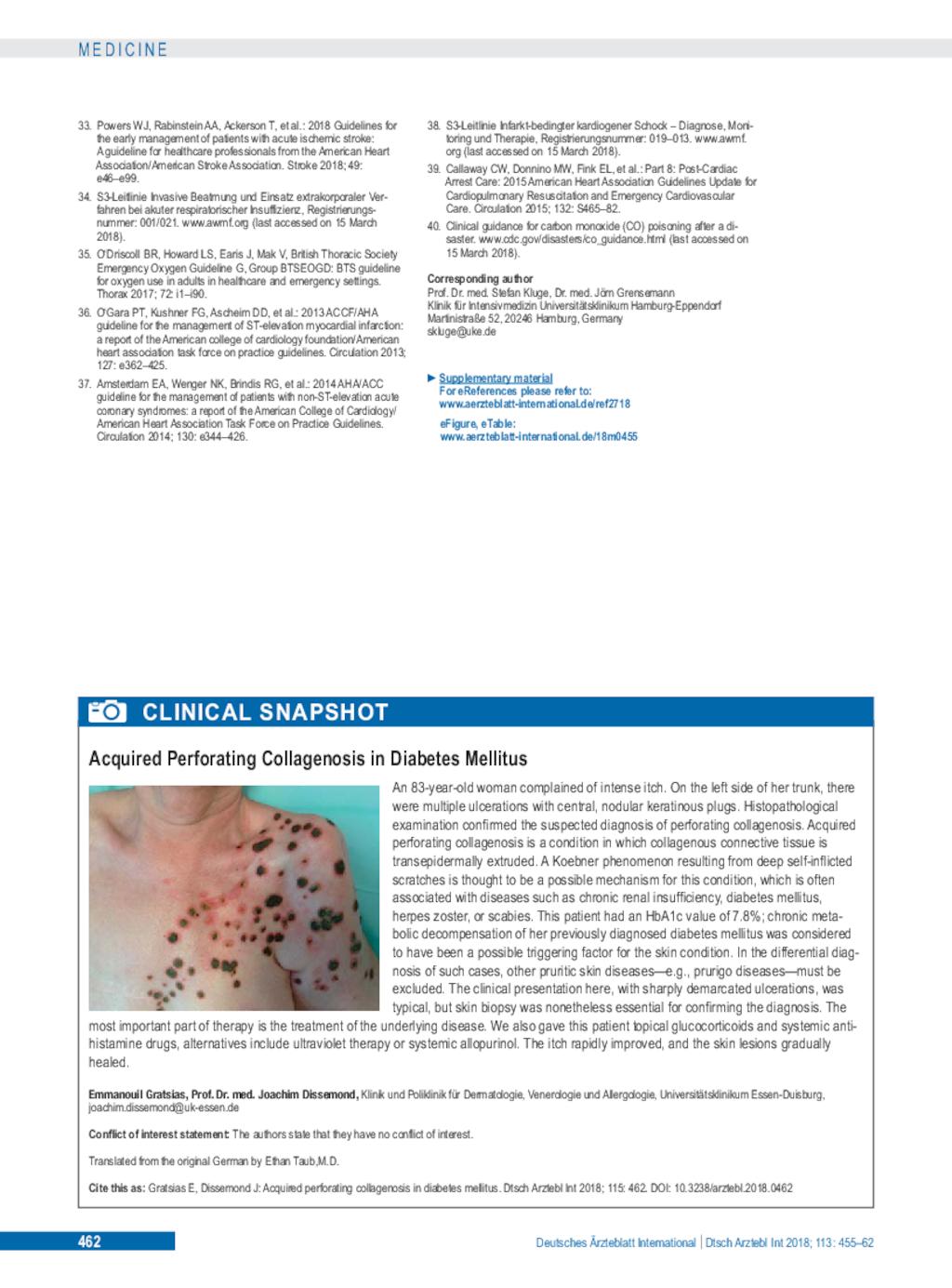