A 64-year-old man with type 1 diabetes mellitus underwent combined pancreas and kidney transplantation. His creatinine, blood sugar, and lipase values became normal soon after the operation, but, a few days later, he fell into a severe delirium. When this did not improve, magnetic resonance imaging (MRI) of the brain and a lumbar puncture were performed. No infectious pathogens were found in cultures of the blood and cerebrospinal fluid. The MRI findings were consistent with progressive multifocal leukencephalopathy (PML) (Figure); after exclusion of the main differential diagnoses (infection, stroke, electrolyte and blood sugar disturbances, posterior reversible encephalopathy syndrome due to tacrolimus, postoperative delirium), the immunosuppressive regimen was changed from tacrolimus and mycophenolate mofetil (MMF) to belatacept and MMF. The patient subsequently recovered and has been asymptomatic for two and a half years.

PML is a disease of the central nervous system caused by the JC polyoma virus. No virus-specific treatment is available. The most important therapeutic step is to (partially) restore immunocompetence. Particularly after surgery and under immunosuppressive treatment, the differential diagnosis of delirium can be very challenging; in such cases, brain imaging combined with the clinical findings points the way to the correct diagnosis. 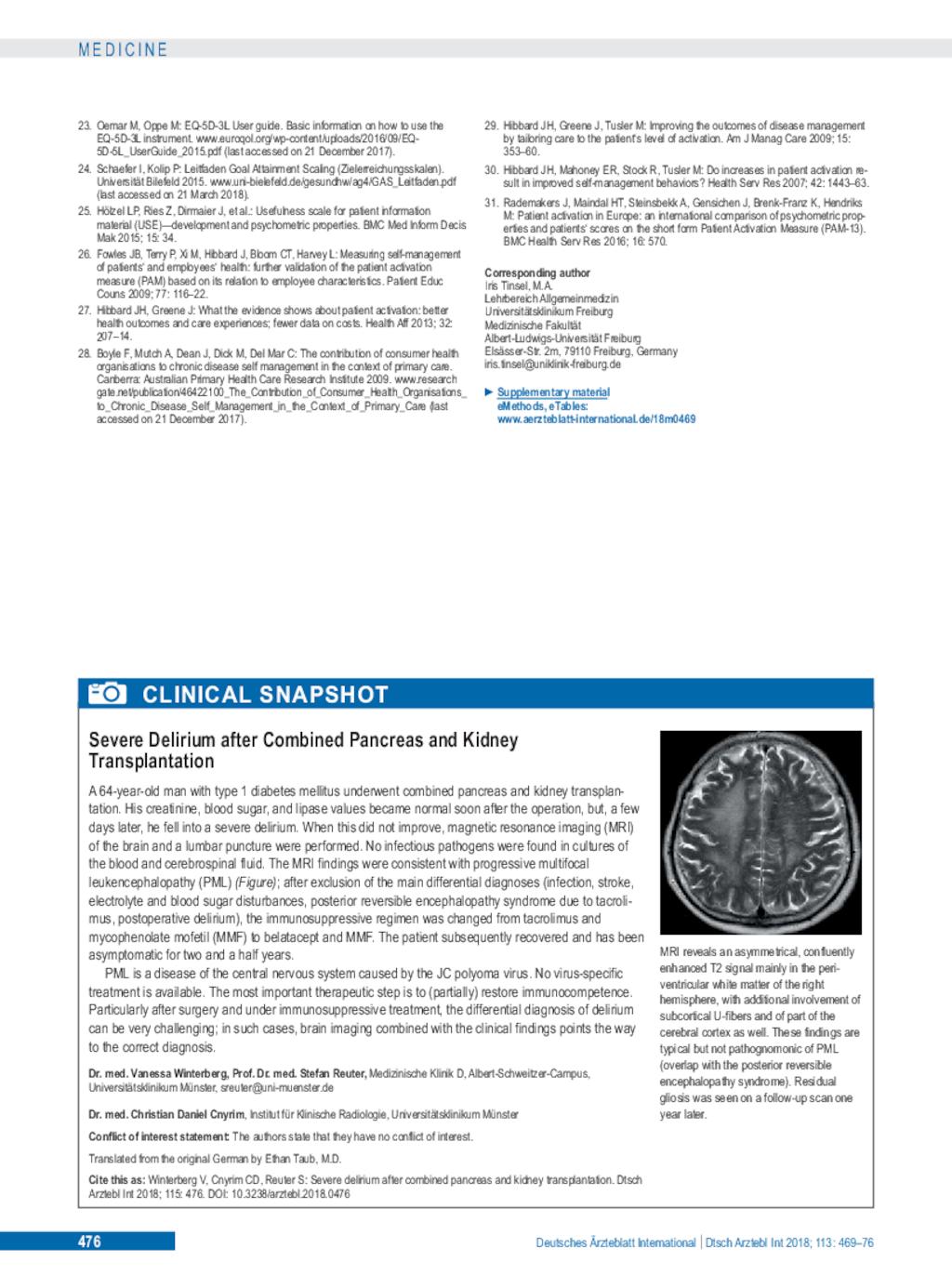