A 33-year-old man presented with complaints of positional vertigo, double vision, and fine motor deficits in the hands. Cranial MRI showed multiple small contrast-enhanced lesions predominantly located in the cerebellum and brain stem (Figure), reminiscent of a sprinkling of pepper. We immediately suspected CLIPPERS syndrome, a central nervous system inflammatory disease, and exclusion of other potential causes confirmed this diagnosis. The acronym CLIPPERS stands for “chronic lymphocytic inflammation with pontine perivascular enhancement responsive to steroids”, summarizing the typical characteristics of the disease, for which no cause has yet been ascertained.

Steroid pulse therapy (intravenous methylprednisolone) led to regression and eventually complete resolution of the symptoms. Particularly if the commencement of treatment is delayed, this relapsing–remitting disease may take a severe course, in which case steroid-sparing treatment with immunosuppressants may become necessary. 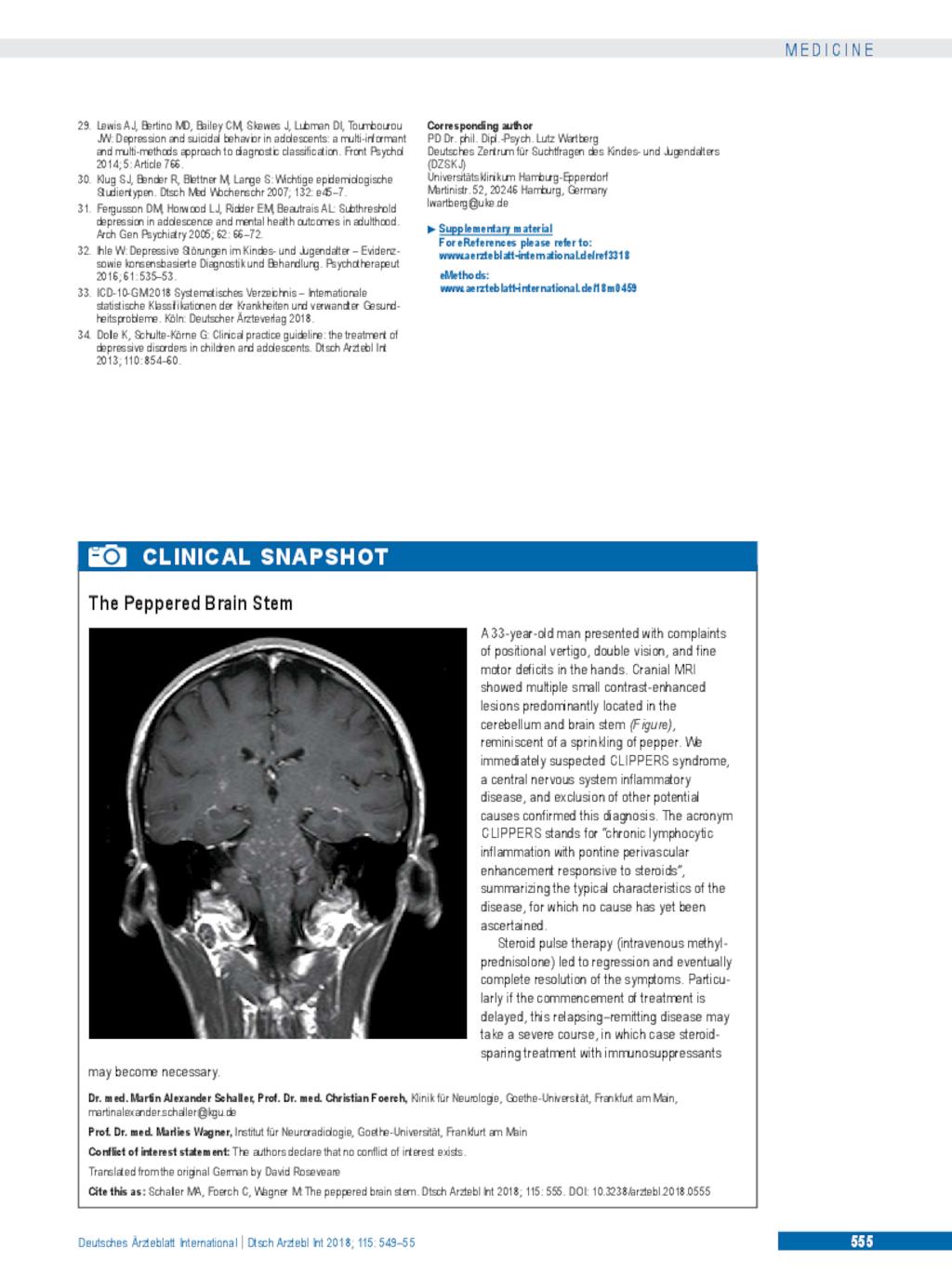