A man was found dead at home. The body displayed advanced rigor mortis, so no attempt was made at resuscitation. At external examination of the corpse, the livor mortis was found to be light-red rather than the customary livid, bluish color (Figure). Light-red livor mortis can be found soon after death and—sometimes—on exposure to cold (reoxygenation by diffusion), but also occurs with CO poisoning. Diagnosis was assisted by livor mortis in the area of the nail beds: in the event of cold exposure these would have been bluish as usual, but on CO poisoning they can be light-red (as in life). However, the typical “cherry-red” staining occurs only at a carboxyhemoglobin (COHb) concentration of 30% or more. The higher the COHb level, the lighter the lividity. To avoid further cases of—potentially deadly—CO poisoning, it is essential to find the CO source (often a defective heating system, in this case a barbecue). There were no signs of a pre-existing severe somatic disease (in which case, importantly, death would have been possible even at a low concentration of COHb, without light-red livor mortis). Owing to the obvious indications of unnatural death, the police were informed. 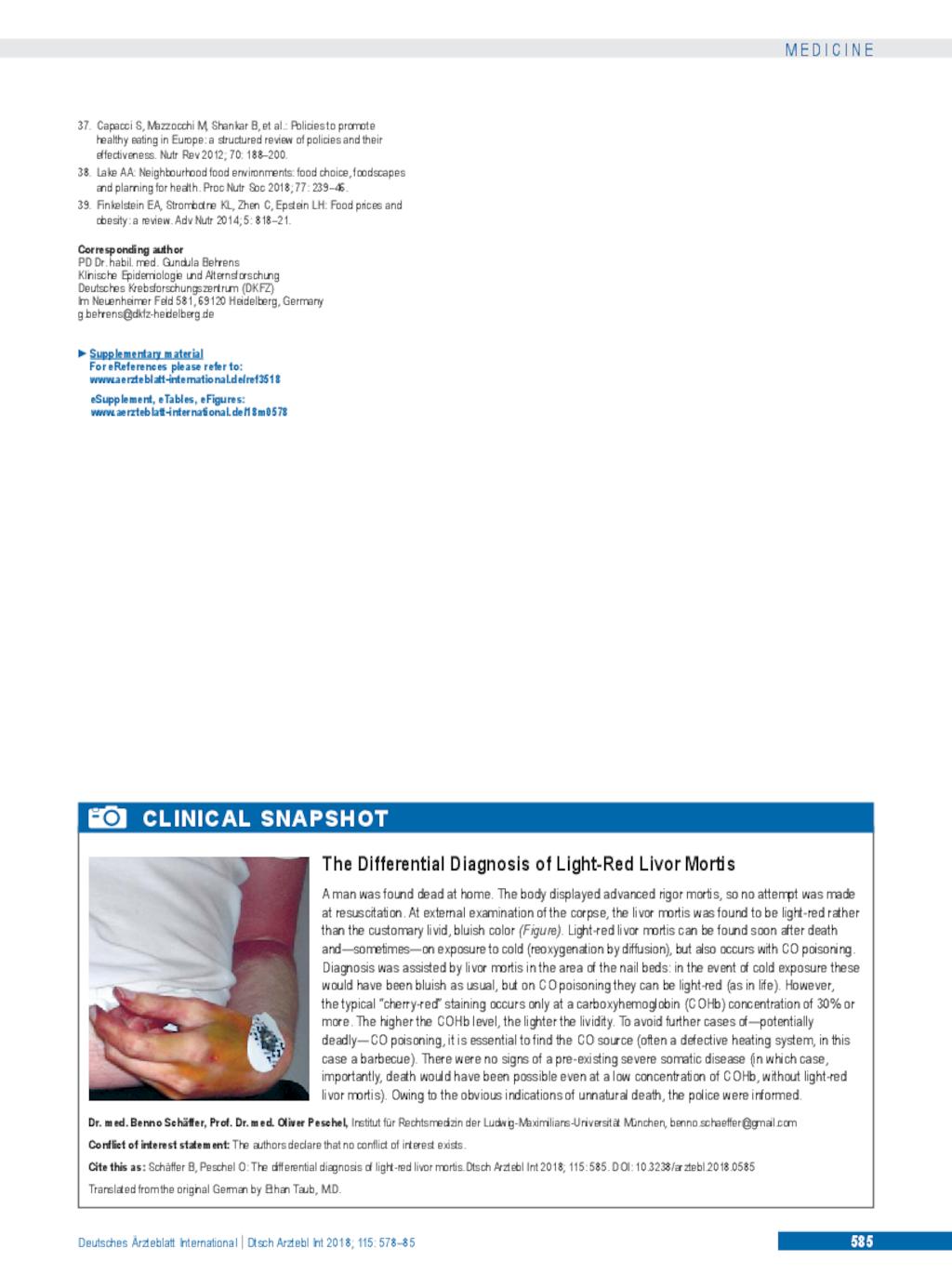