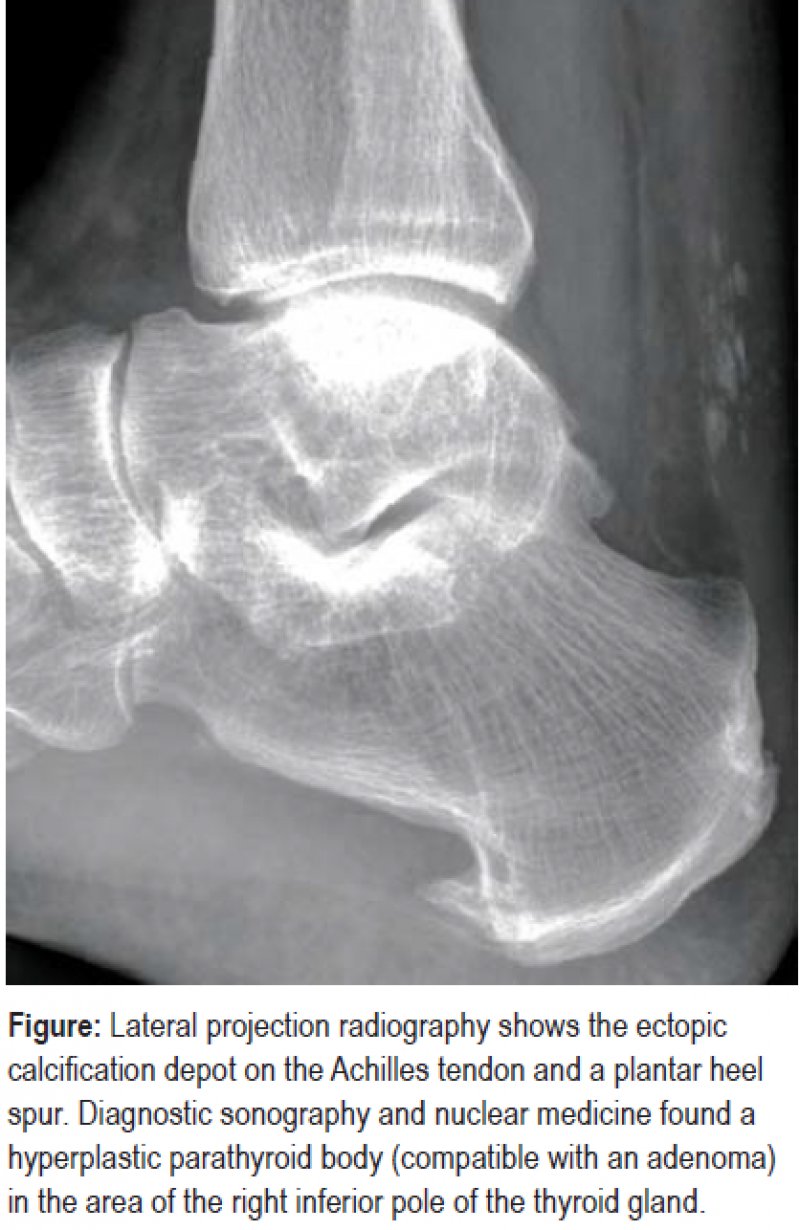 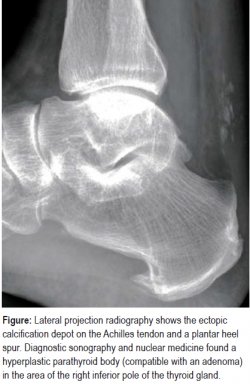 A 64-year-old man with IgA nephropathy who had received a donor kidney a long time ago complained of intermittent swelling of the right Achilles tendon and both wrists since 2011. The extremely painful swellings responded to prednisolone pulse therapy and persisted for 3 to 4 days. The episodes were sporadic at first but had become frequent in the past year, and recently prednisolone had brought about only slight improvement. The patient was known to have gout. Immune suppression was achieved with belatacept/mycophenolate and low-dose prednisolone. Uric acid, AP, Ca/phosphate, and CRP were normal, ANA and anti-CCP were negative. Parathormone was slightly elevated at 97 pg/ml (reference range: 15.6 to 65 ng/ml) with eGFR of 45 ml/min. Sonography revealed demarcated echodense structures, which projection radiography then identified as ectopic calcifications with a distinct depot around the Achilles tendon (Figure). The episodic swelling was therefore most likely an inflammatory soft-tissue reaction to these depots. The calcifications can be explained by hyperparathyroidism against the background of long-term chronic kidney disease and calcium pyrophosphate deposition. PTD-lowering treatment with vitamin D and cinacalcet was initiated. 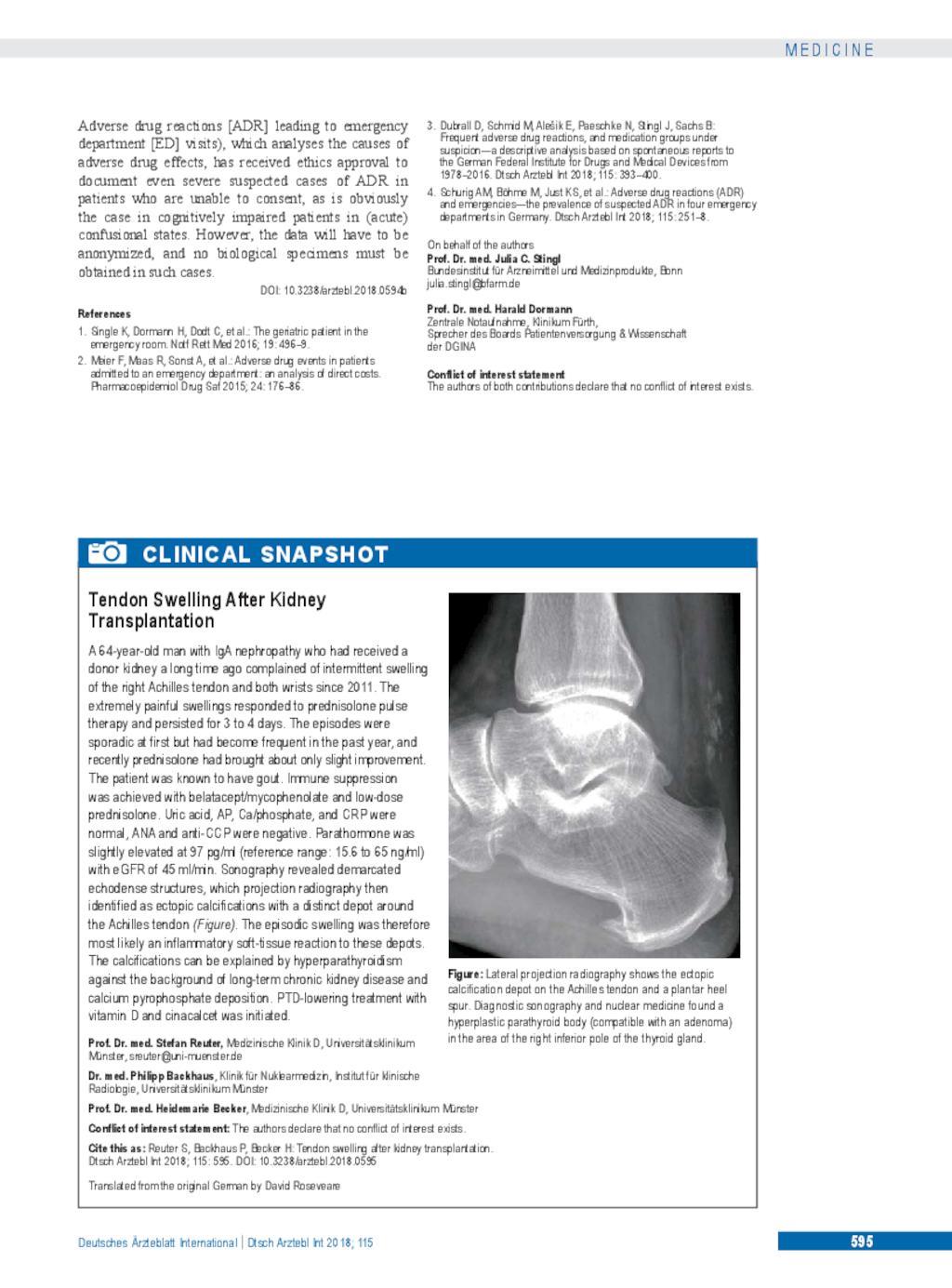