We thank our correspondents for their comments, which underline our position—that there are not enough data on anticoagulation in chronic kidney disease (CKD) (1). We summarize from a clinical-scientific perspective:

Clinical research that leads to the use of novel medications costs billions Euros and is therefore only possible with industry funding. Public funding instruments, especially in Germany, are several orders of magnitude lagging behind the necessary investments. What is required is a link between academic science and industry partners, in order to drive medical progress and steer it on to an optimal course. In this scenario, disclosure of possible (!) conflicts of interest is crucial.

We would encourage all those who complain about potential conflicts of interest to participate actively in helping close gaps in the evidence in the sense of optimized patient care. 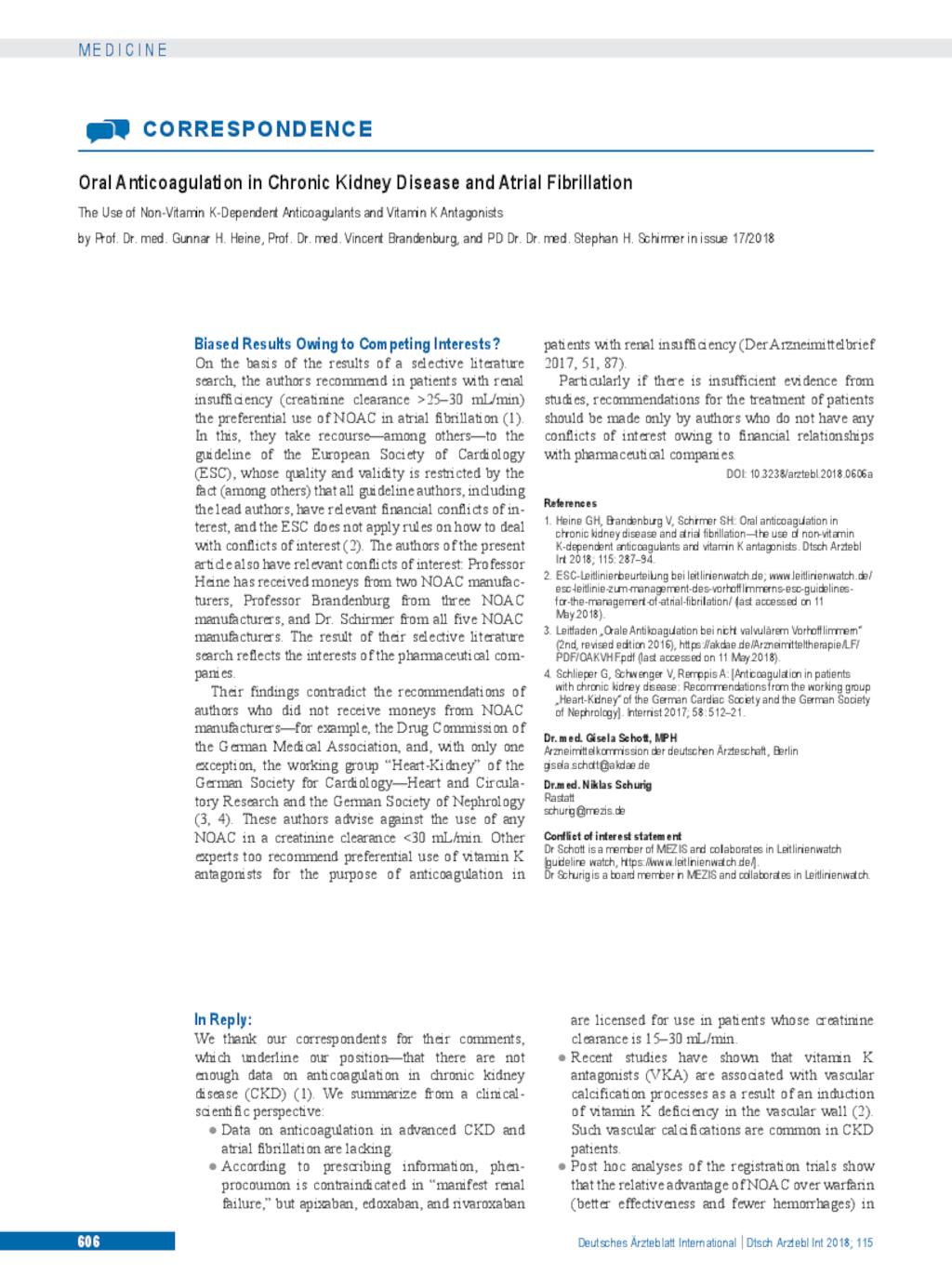