A 63-year-old man with type 2 diabetes mellitus and chronic renal failure presented to us with painful acral necroses and ulcerations of one year’s duration. Six months before presentation, he had undergone amputation of the left second toe and the third right toe. Other potentially causative conditions, including vasculitis, collagenoses, antiphospholipid syndrome, and peripheral arterial occlusive disease, had been excluded before.

Clinical examination revealed necroses of the toes (Figure) and of the right ring finger, as well as an erythematous livid macule with central necrosis on the lateral aspect of the right calf. Dermatopathological workup of a skin biopsy showed calcium deposits in the subcutaneous arteries (von Kossa stain). Laboratory testing revealed elevated serum concentrations of phosphate, calcium, and parathyroid hormone. We diagnosed acral calciphylaxis and treated the wounds locally while giving the patient sodium thiosulfate parenterally three times a week and initiating hemodialysis. In the patient’s further course, the distal phalanx of the right ring finger was amputated and he terminated the treatment. He did not appear at his subsequent follow-up appointments. 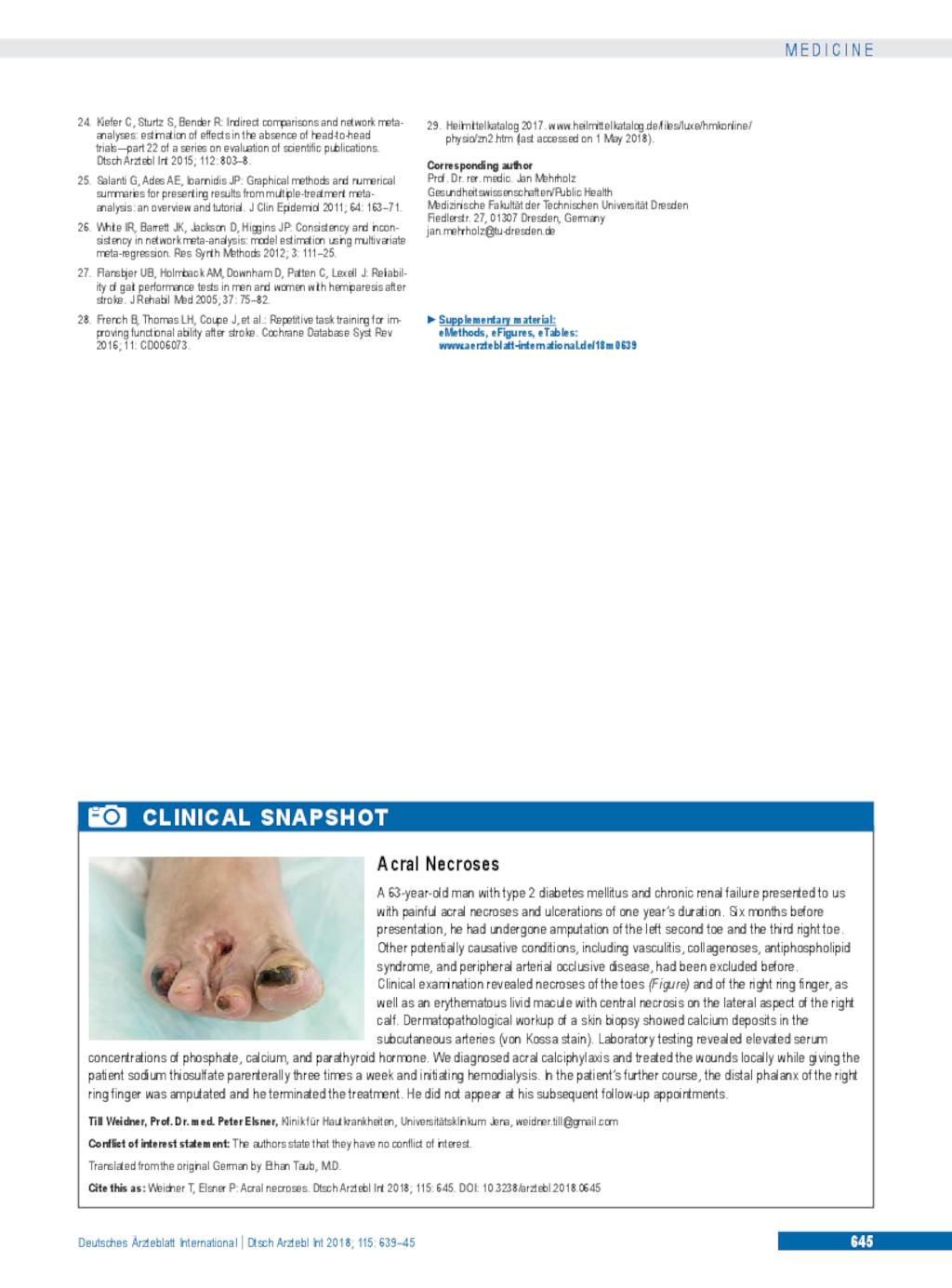