A 79-year-old woman was brought to our surgical emergency department by ambulance after tripping and falling on her left side. She presented with pain in the left shoulder and weak peripheral pulses in the left upper extremity (radial artery, ulnar artery). There was also hypesthesia in the area supplied by the ulnar nerve (digits (IV and V).

The patient was immediately taken to the operating room for treatment by an interdisciplinary team (vascular surgery, trauma surgery). Access was gained via an extended deltopectoral incision. The brachial artery was repaired using an interposition graft, while the fracture was managed by internal plate fixation.

Postoperatively the peripheral pulses were stronger and the hypesthesia was in regression. Five days after surgery the patient was discharged with intact peripheral perfusion and normal motor and sensory function. 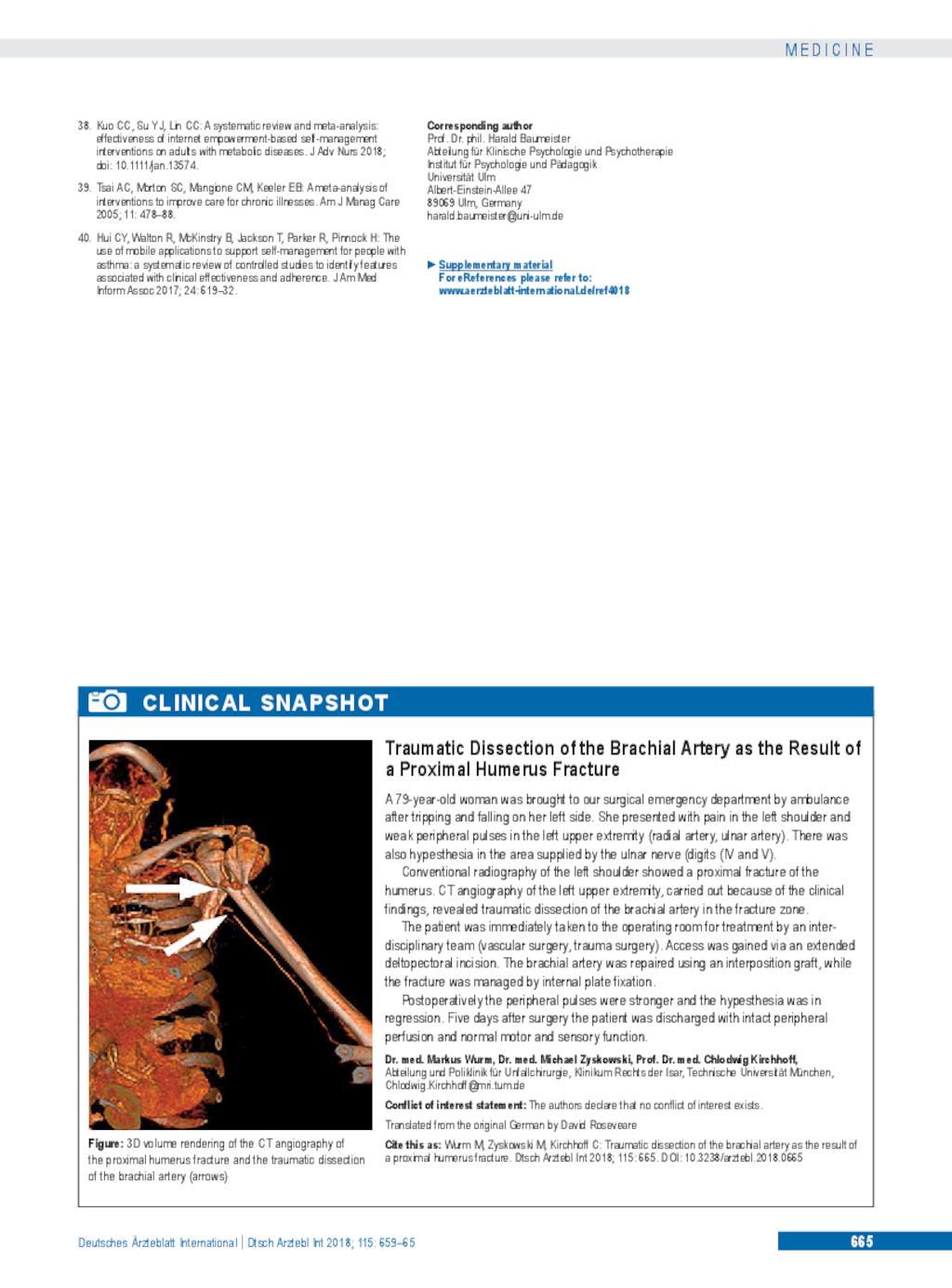