The Study Was Subject to Considerable Bias

I am afraid I cannot let the section entitled “Tumor-treating fields (TTF)” in the article stand uncommented (1).

The authors talk about valid study data and cite the study by Stupp et al. They mention the existing controversial discussion and name as the reason for this discussion the “visible stigmatization of patients that this form of treatment entails (the scalp must be clean-shaven, and electrodes must be fastened to the head for at least 18 hours per day).” The main point of criticism made of the study, which prompted the current controversial discussion, is not even mentioned as an aside—that is, the lack of a sham group (only the comparison of temozolomide and TTF + temozolomide.) Stupp et al. themselves pointed out this possible effect as one of the limitations of their study (2, 3); the reason they gave for the lack of a sham group is (understandable) ethical concerns (2, 3), and they claimed that the overall and progression-free survival (evaluated by a blinded panel) in cancer therapy is independent of any placebo effect (2). Stupp et al. support this claim by citing the study of Chvetzoff and Tannock (2, 4), which investigated placebo studies in cancer therapy (4); none of the studies included sham groups.

Furthermore, what is being ignored here is publication bias, which is certainly relevant in this setting, because studies with significant results are far more likely to be published—something that Chvetzoff and Tannock actually noted in their study (4).

In sum, I would ask the authors to mention this not inconsiderable bias, which probably affects the significance of the study or may even negate any significance. 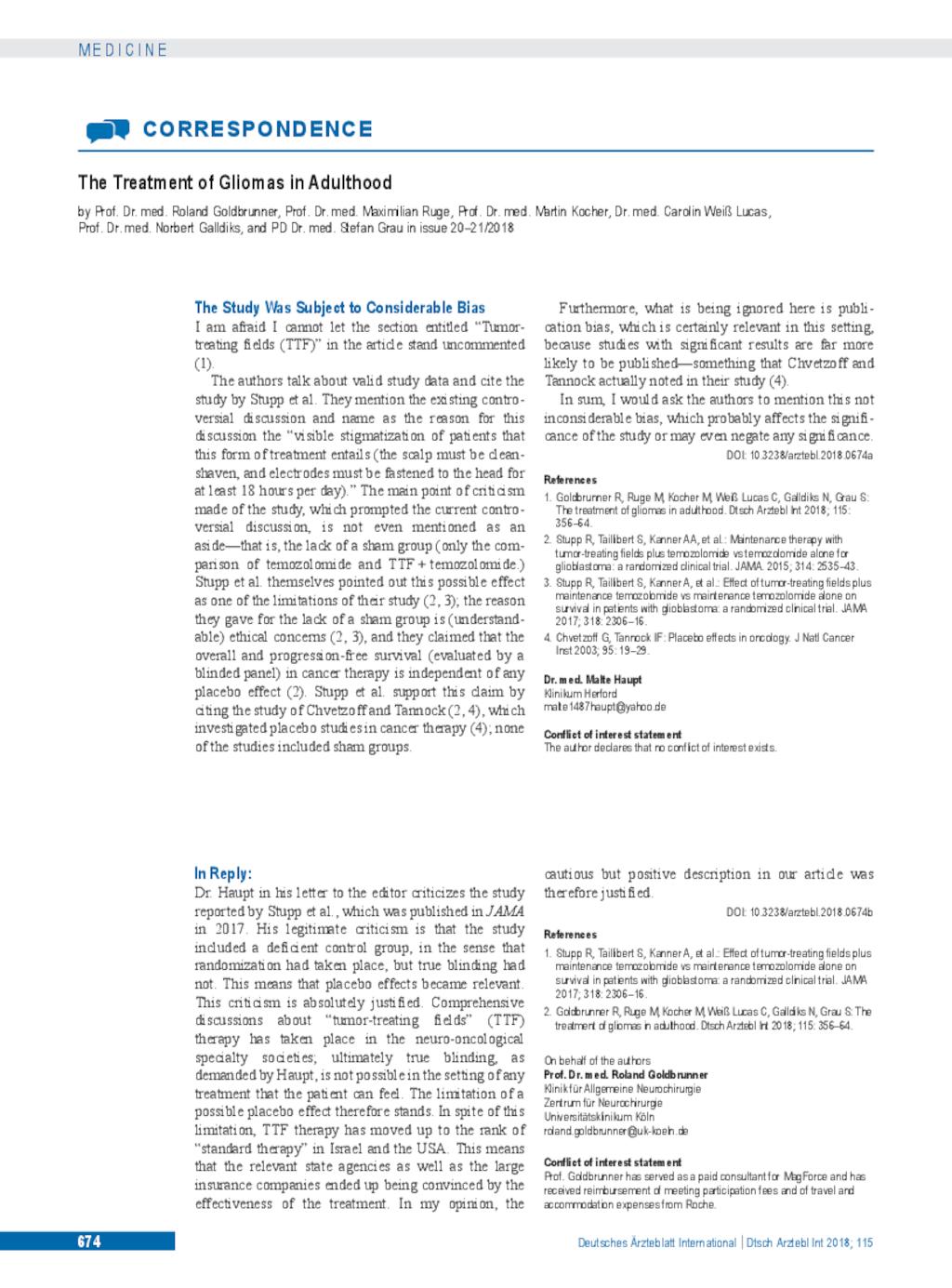