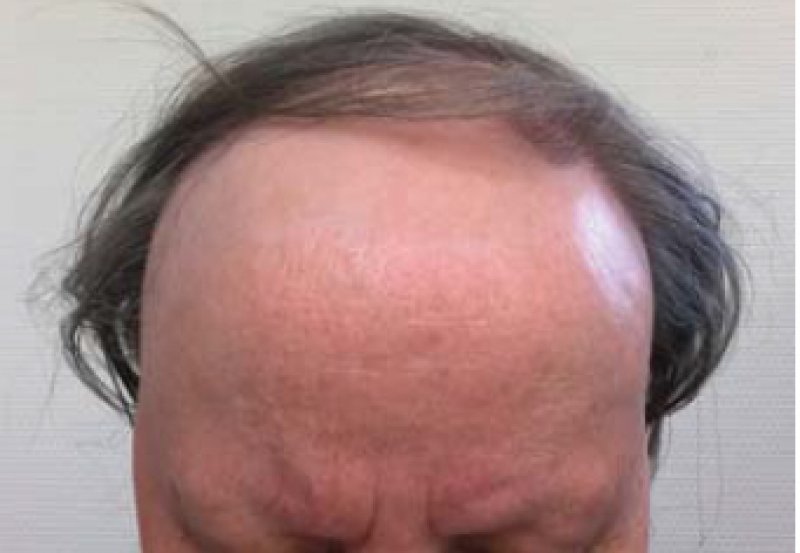 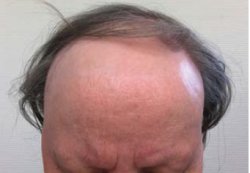 A 75-year-old woman presented with a 10-year history of slowly progressing hair loss confined to the hairline and eyebrows. Clinical examination revealed a band of alopecia with marked recession of the frontotemporal hairline, which was clearly demarcated from the actinically damaged skin of the brow. Previous treatment with methotrexate and acitretin had been unsuccessful. On the basis of the typical clinical findings we diagnosed frontal fibrosing alopecia (FFA). This is a rarely occurring form of cicatricial alopecia that predominantly affects postmenopausal women. The etiopathology of FFA has not been established, but a connection with lichen planus has been suggested. Only in unclear cases and for distinction from other forms of alopecia is it ever necessary to obtain a biopsy sample for laboratory examination. There is no causal treatment for FFA. We prevented further hair loss by treatment with hydroxychloroquine and topical corticosteroids. 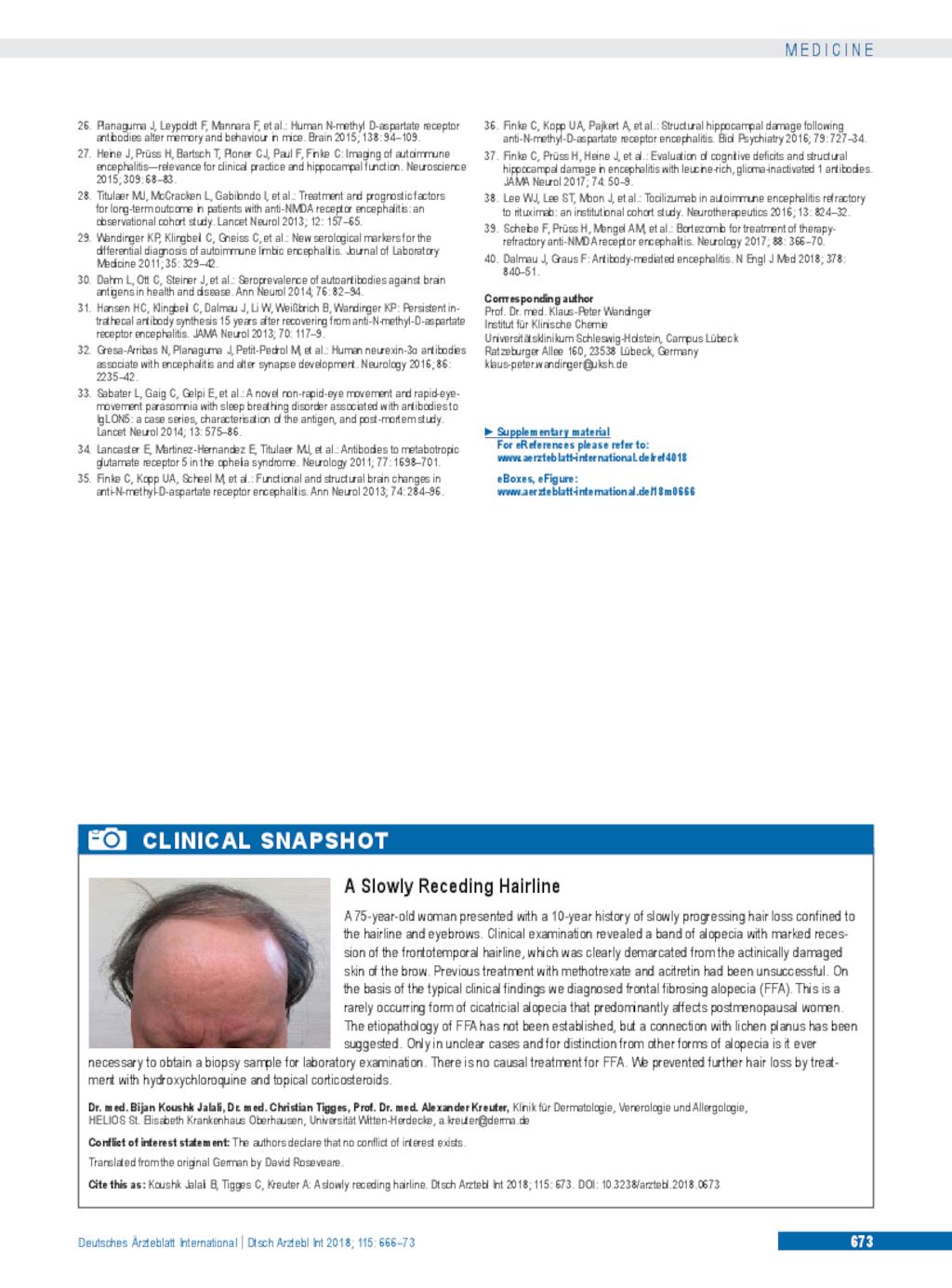