A Guinea Pig as a Source of Infection

A 9-year-old girl presented to us with pruritic, coin-sized, marginated, erythemato-squamous plaques in the perioral and mental regions and a similar efflorescence on the medial surface of the right thigh. The lesions were characterized by mid-lamellar, whitish-yellow desquamation and rare, small pustules at the periphery. A mycological preparation of native desquamated skin from an affected area was found to contain septated hyphae when viewed under the microscope. PCR and fungal culture confirmed a dermatophytosis with Trichophyton benhamiae (formerly called Trichophyton species of Arthroderma benhamiae). Local treatment of the affected areas with ciclopirox olamine twice per day was initiated. The infection was traced to a guinea pig that the patient had been keeping as a pet for just a few weeks; the first skin changes arose three weeks after the acquisition of the animal. Although it had no fur alterations, it nonetheless had to be given antimycotic treatment by a veterinarian. Marked infections and tinea capitis require systemic treatment with terbinafine (or, alternatively, fluconazole or itraconazole). Our patient was asymptomatic after six weeks of treatment. 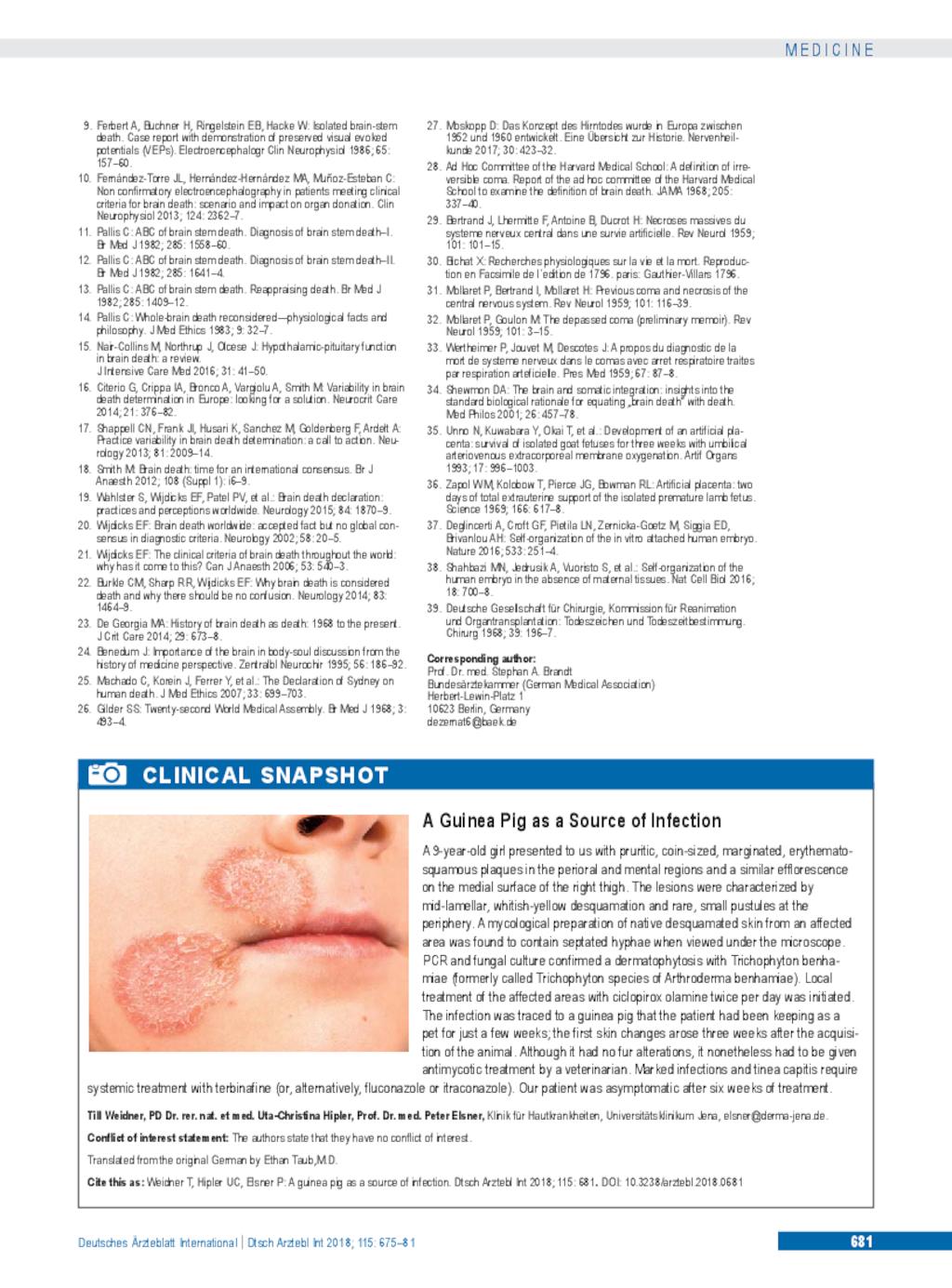