Our objective was to analyze descriptively all spontaneous adverse drug reaction (ADR) reports received since the start of the ADR database (1978).

As we described in our article, for the classification of the drugs we followed the anatomic therapeutic chemical classification system (ATC) code (1). The ATC code has five different hierarchical levels. The evaluations in Table 1 applied the second ATC level and those in Table 2, the fourth level. Consequently, Table 2 shows a more detailed and different classification of drug groups than Table 1. Regardless of these differentiated evaluations, the abstract summarizes early on: “At the least detailed level of analysis, ‘drugs for the treatment of nervous system disorders’ were the most common class of drugs under suspicion of causing the reported adverse drug reactions (23.1%).”

As described in our article, we analyzed all drugs that were reported as suspicious/interacting. Evaluations of interacting drugs in general were not the objective of our analysis and should be studied separately, owing to the complexity of the question.

We explicitly stated that about 66.9% of all spontaneous reports are classified as serious. As described, the classification (“serious adverse reaction”) is based on the legal definition (e.g., the ADR results in death, is life-threatening, requires inpatient hospitalization, results in permanent disability, and/or is a congenital anomaly) and not on clinical criteria (2). We have no data on resultant consequential costs, inability to work, etc, at our disposal and therefore we cannot analyze such data.

The ADR reports of adverse drug reactions are included in the database in a pseudonymized form and do not allow any conclusions about the relevant patient. According to the formal requirements of the German Federal Institute for Drugs and Medical Devices (BfArM), forwarding spontaneous ADR reports to BfArM does not require a written form of consent from the affected patient, even under the new General Data Protection Regulation (GDPR).

The authors of both letters to the editor declare that no conflict of interest exists. 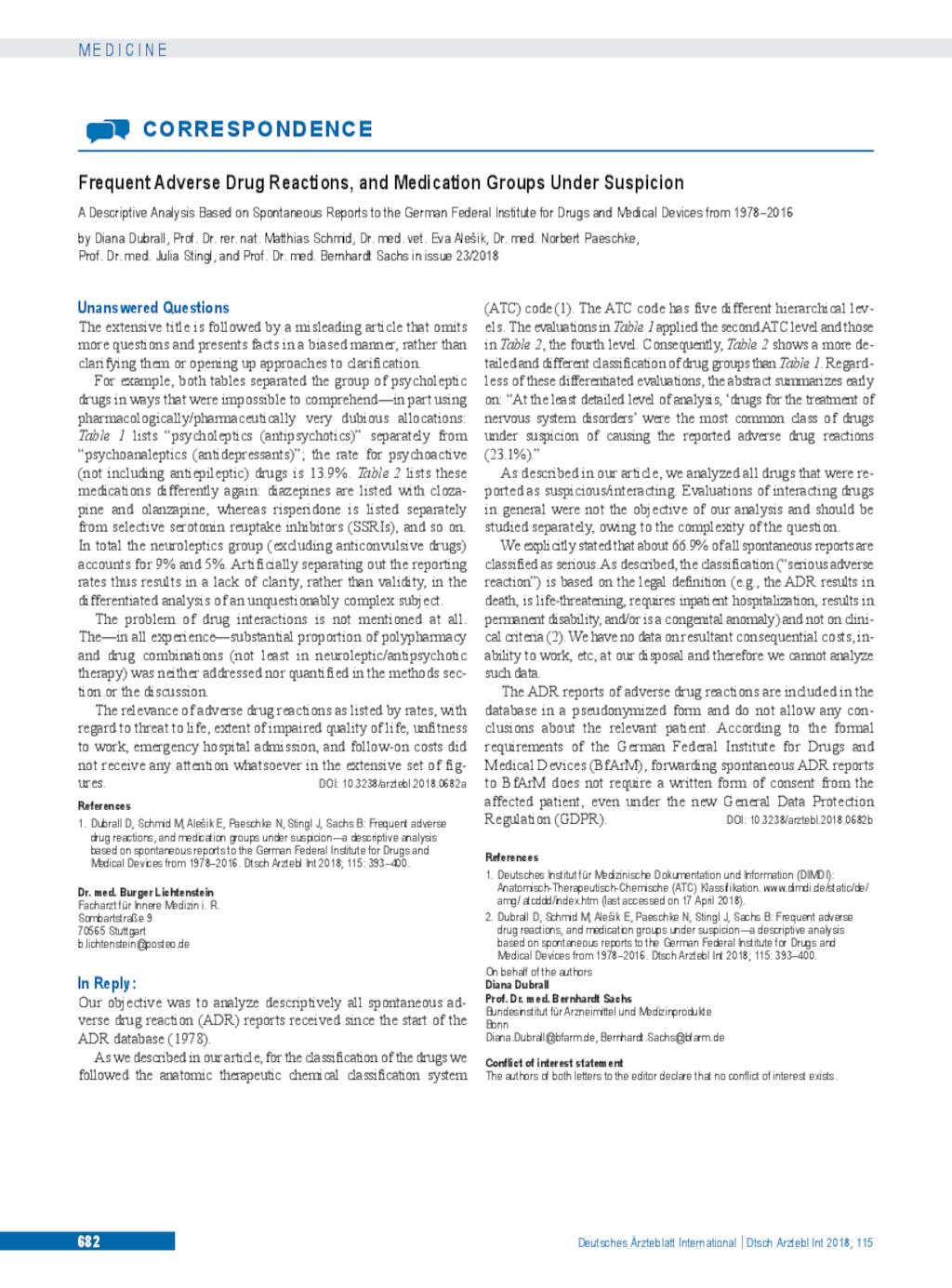