We thank the authors for raising this important topic (1). The meta-analysis by Chu et al. showed that oxygen confers no overall benefit in normotoxic patients and is associated with increased mortality in patients at risk. The risk of hypercapnic respiratory failure induced by hyperoxia has been described not only in patients with chronic obstructive pulmonary disease (COPD), but, among others, also in patients with community acquired pneumonia, severe asthma, and obesity hypoventilation syndrome. Although oxygen is a drug by definition, 42% of UK hospital patients receiving oxygen had no prescription for it (2).

An O2 saturation measured by pulse oximetry (SpO2) of below 92% corresponds to an arterial saturation (SaO2) lower than 90% with a high sensitivity and specificity. In patients with SpO2<92%, those at risk for hypercapnia, and critically ill patients, arterial blood gases are required. In more than 97% of the population at sea level, SaO2 at rest is above 92%. Even patients with comorbidities tolerate SpO2 saturations between 80% and 90% for long periods. Only if SaO2 is continuously <85%, indications are found of anaerobic metabolism in the myocardium.

In order to define a hyperoxic range, the Australian guideline suggests a target SpO2 range of 92–96% with oxygen therapy. Patients at risk for hypercapnia should be given oxygen only if their SpO2 is <88% (SpO2 target range then 88–92%), all other patients if their SpO2 is <92% (3).

In contrast, many patients in German emergency departments and intensive care units have SpO2 values above 96% durgin oxygen therapy. In electronic charting systems at Hannover Medical School (MHH), an SpO2 “normal range” of 96–100% has recently been completely abandoned.

A target value for SpO2 or SaO2 should be defined in all inpatients receiving oxygen supplementation. Oxygen administration by automated titration systems is promising (4). Careful administration of oxygen may also save costs. 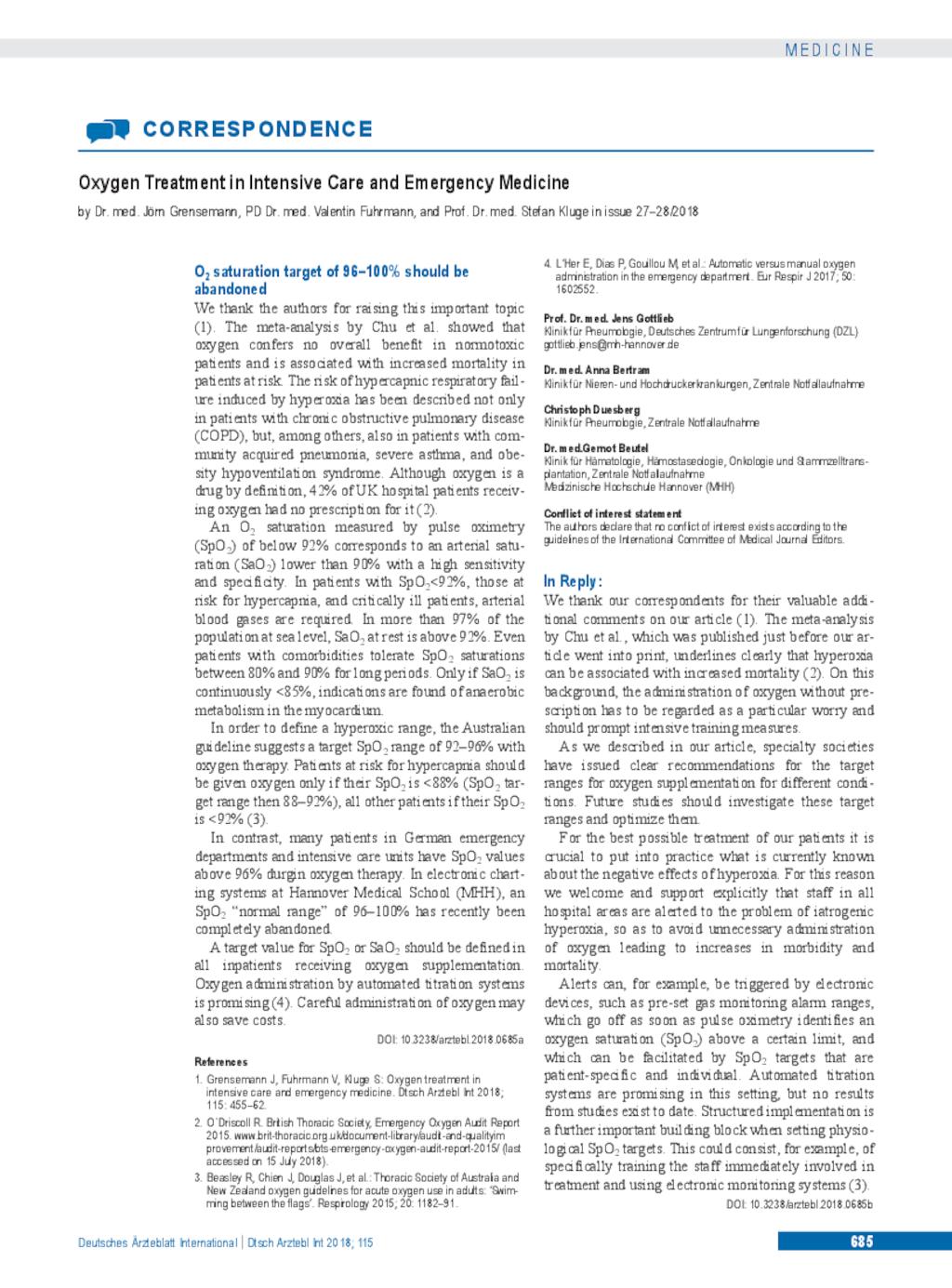