The Mikulicz Line as a Parameter

The article on the association of genu varum (bowlegs) and intensive football training during childhood and adolescence mentions that epidemiological studies in children and adolescents require clinical investigative methods. However, much space is then given to radiological criteria in terms of text and figures (1). In addition to some ambiguities in the naming of the radiological parameters mentioned in the figures, any mention of the Mikulicz line (the mechanical longitudinal axis of the leg) is conspicuous by its absence—in text, tables, and figures—although the Mikulicz line is one of the crucial radiological parameters that provides immediate insights into the load distribution in the knee joint, in a scenario of deviations of the leg axis.

Curiously, this mechanical axis is then depicted in Figure 5 as the only measurement line in the whole-leg photographs, but it is not explained in the legend—namely, as the mechanical load bearing line of the leg at the frontal level, as the link between the hip and ankle joints, with the resultant intersection in the knee joint, which describes the clinical relevance. For planning operative correction of the mechanical axis, the Mikulicz line is also the crucial parameter (2). This is obviously also the case in the clinical case shown in Figure 5, because the clinical picture shows for the worse affected left side a preoperatively shaved leg, evidently preceding valgization osteotomy. In addition to operative aspects, the Mikulicz line is generally an important measure for assessing leg axis deviations in children and adolescents in very different circumstances (3) and is mentioned as the mechanical axis of the leg in the cited references of the article too. The association between the clinically and biologically relevant changes in the load distribution in the compartments of the knee joint and the shifting of the Mikulicz line in axis deviations, as well as before and after corrective surgery, has been described elsewhere (4). 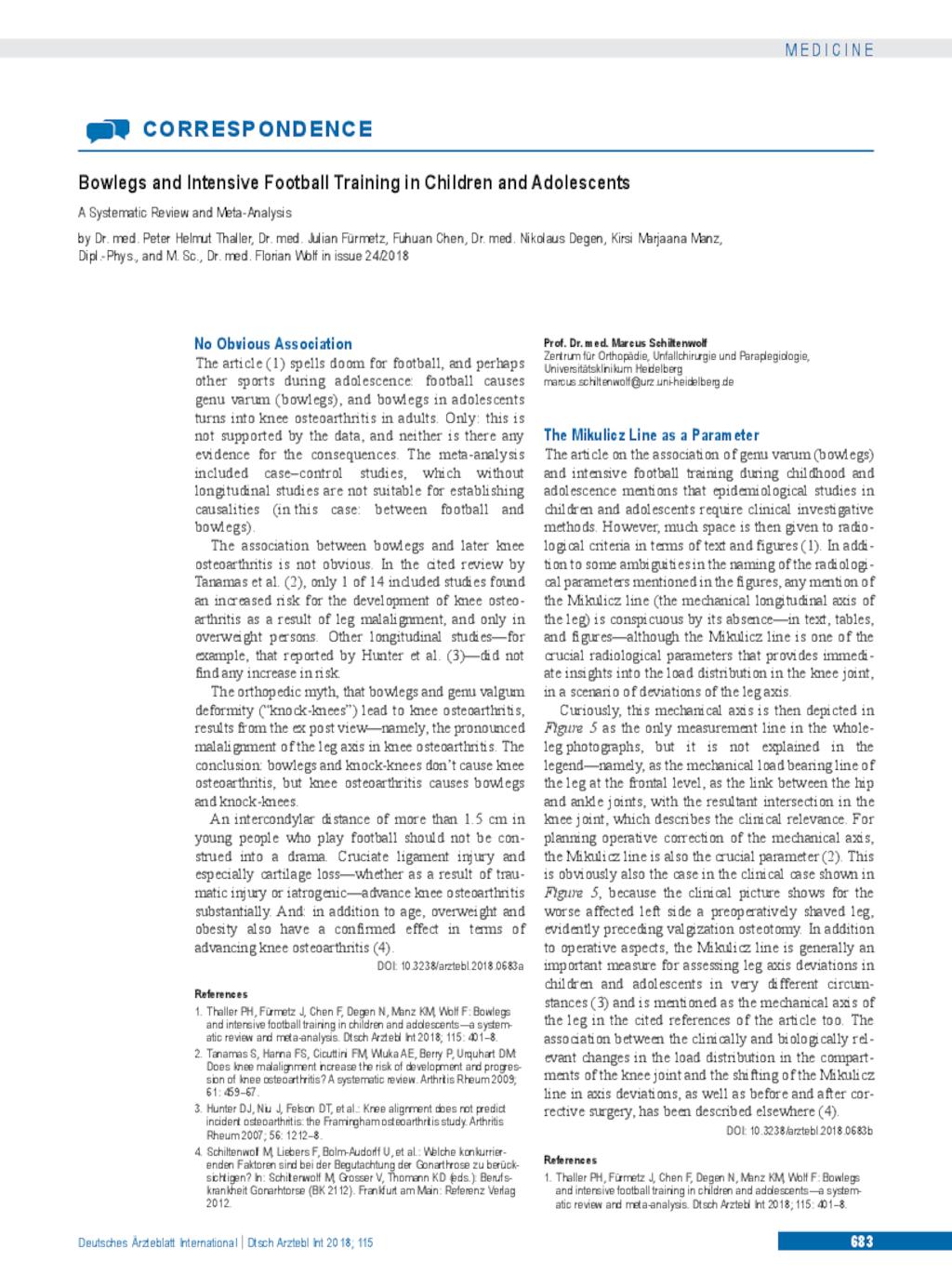