A 56-year old man presented to the emergency department with a 2-day history of lower abdominal pain. Clinical examination revealed pressure sensitivity in the right lower abdomen with local peritonism. Laboratory analysis showed a normal leukocyte count of 8790/µL but CRP elevation to 5.7 mg/dL. Sonography showed no clearly pathological findings. Subsequent computed tomography (CT) showed a radiodense structure (arrow). Urgent laparoscopic intervention was converted to longitudinal lower abdominal laparotomy owing to extensive adhesions. The intestinal perforation was located in the ileum, caused by a 3-cm-long fishbone; the base of the appendix was involved. After removal of the bone, the perforation was repaired and the appendix resected. The patient recovered quickly and was discharged 5 days after surgery. He must have accidentally swallowed the bone while eating a carp 3 days previously. Complications are described in only 1% of ingested foreign bodies, but for sharp objects the rate rises to 35%. 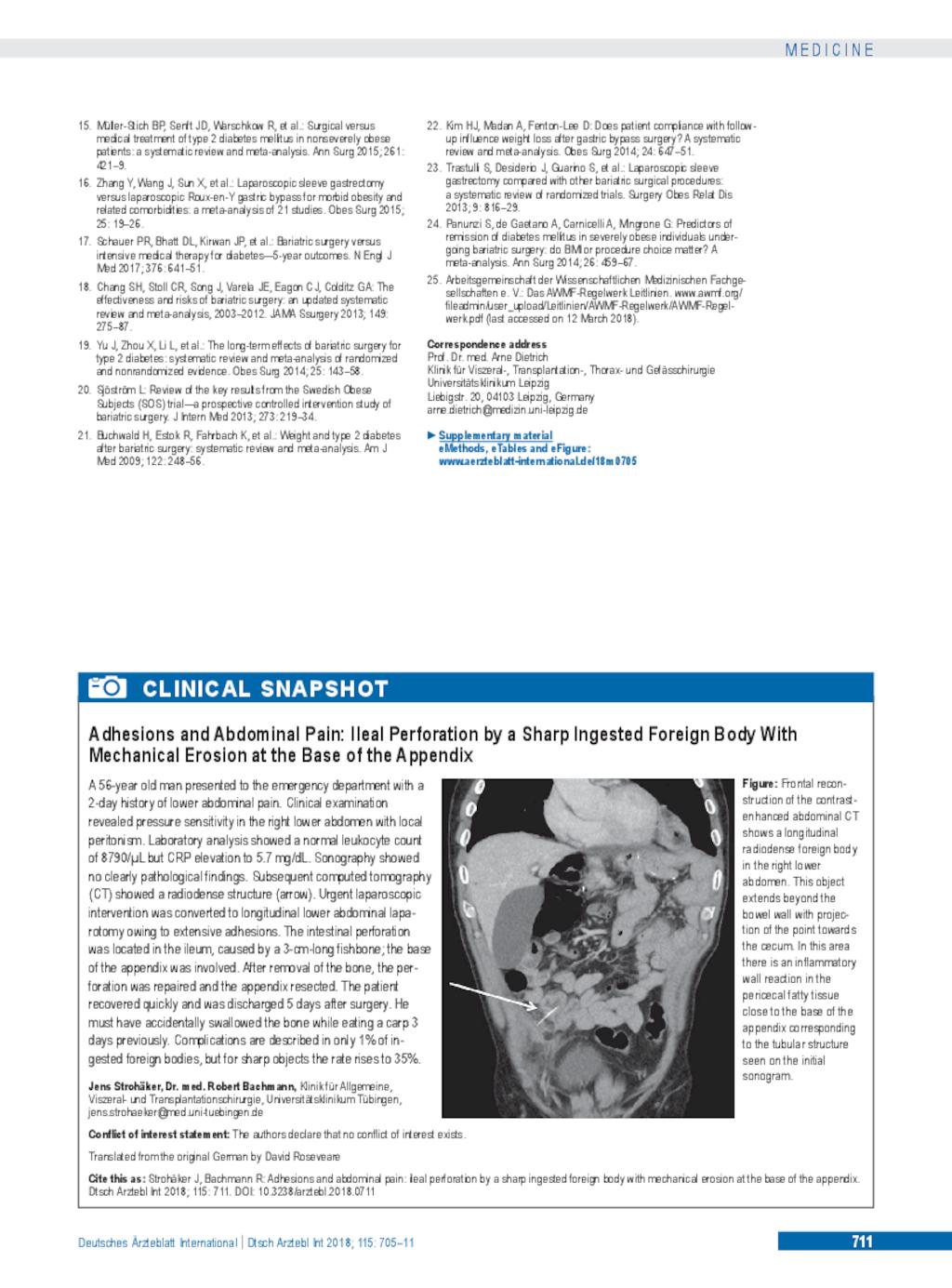