Several factors can affect the sterility of cardiac implants during transport and storage. As fluctuations in temperature and air pressure lead to an inflow of airborne bacteria into the packaging, they should be minimized to the greatest extent possible. The microbe content of the ambient air, which is a variable that can be measured and controlled, also determines the degree of contamination. On the part of the manufacturers, important indicators are the air volume and filtration performance of the packaging against bacterial spores, which are measured by exposure of the packaging to bacterial spores in an aerosol. For this, the test conditions with regard to flow-through rate, microbe content, and duration of test must be standardized (1). The manufacturer’s statements regarding these parameters are very incomplete, and the incomplete data situation prevents the microbe load from being calculated.

Cardiac implants are shipped in double-barrier sterile packaging and sterilized with ethylene oxide gas prior to shipping. Provided that they are properly stored in compliance with the specified temperature, air pressure and humidity limits, they are guaranteed by the manufacturer for 12 to 18 months for implantable units, and 24 to 36 months for electrodes.

If the example given is applied to the sterile packaging of a commercially available cardiac pacemaker, the following applies: with a total volume of 60 mL, an air volume of 40 mL, and all other parameters held constant, three out of 1 000 000 sterile products can be expected to be contaminated.

However, if this calculation takes into account the routinely-used second layer of sterile packaging, one can assume that no significant contamination of the cardiac implants will occur. Once again, the requirement for proper storage according to the manufacturer’s specifications must be emphasized.

In summary, it is clear that minimization of clinical risk factors stands in the foreground in preventing infections (2).

Dr. Döring was reimbursed for congress participation fees as well as travel and accommodation costs by Biotronik and Cook Medical. He has received third-party funding from Biotronik, Boston Scientific, and Abbott. 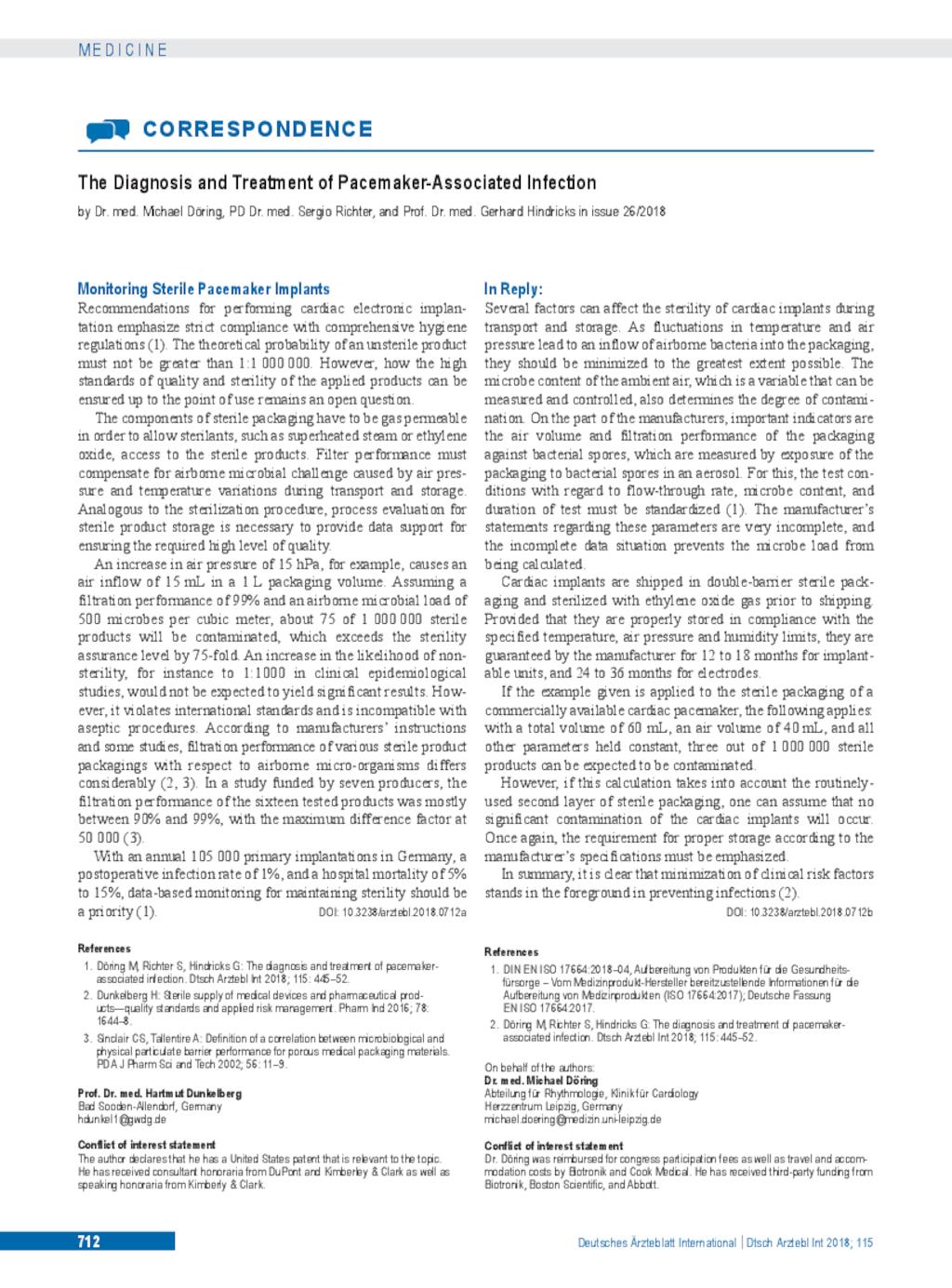