We thank Prof. Sachs for his interest in our article (1). With respect to the alternative classification of adverse drug reactions (ADRs) as on- and off-target effects rather than the widely used type A and type B ARDs, it is true that the name assignment (with type B for “bizarre“) does in fact seem blurred at times. We appreciate the provided example of the MRGPRX2 receptor, which is activated not only by the mentioned substances of muscle relaxants and gyrase inhibitors but also by vancomycin, thereby leading to mast cell degranulation. This example impressively shows that having a better understanding of molecular biology rapidly allows an ADR that had been classified until now as type B (e.g., red man syndrome after vancomycin) to be re-interpreted as a type A ADR (classical receptor-mediated pharmacological response). Consequently, the percentage of type B ADRs is increasingly being reduced, from about 20% in 1968 to about 9% in 2002 (2). The A/B scheme is nevertheless used worldwide and is also being further developed (types C–E). The dose–time–susceptibility classification system presents an additional attempt at subdivision (3). The alternative classification of ADRs into on-target and off-target also has weaknesses and unfortunately still does not address all issues.

The definitions of ADRs according to the German Medicines Act and Good Clinical Practice are not in contradiction to our article. While we focus particularly on pharmacological effects, the legislator places causality—which indeed exists with a pharmacological effect—in the foreground. Depending on the application, there are various definitions of adverse events and ADRs (4). 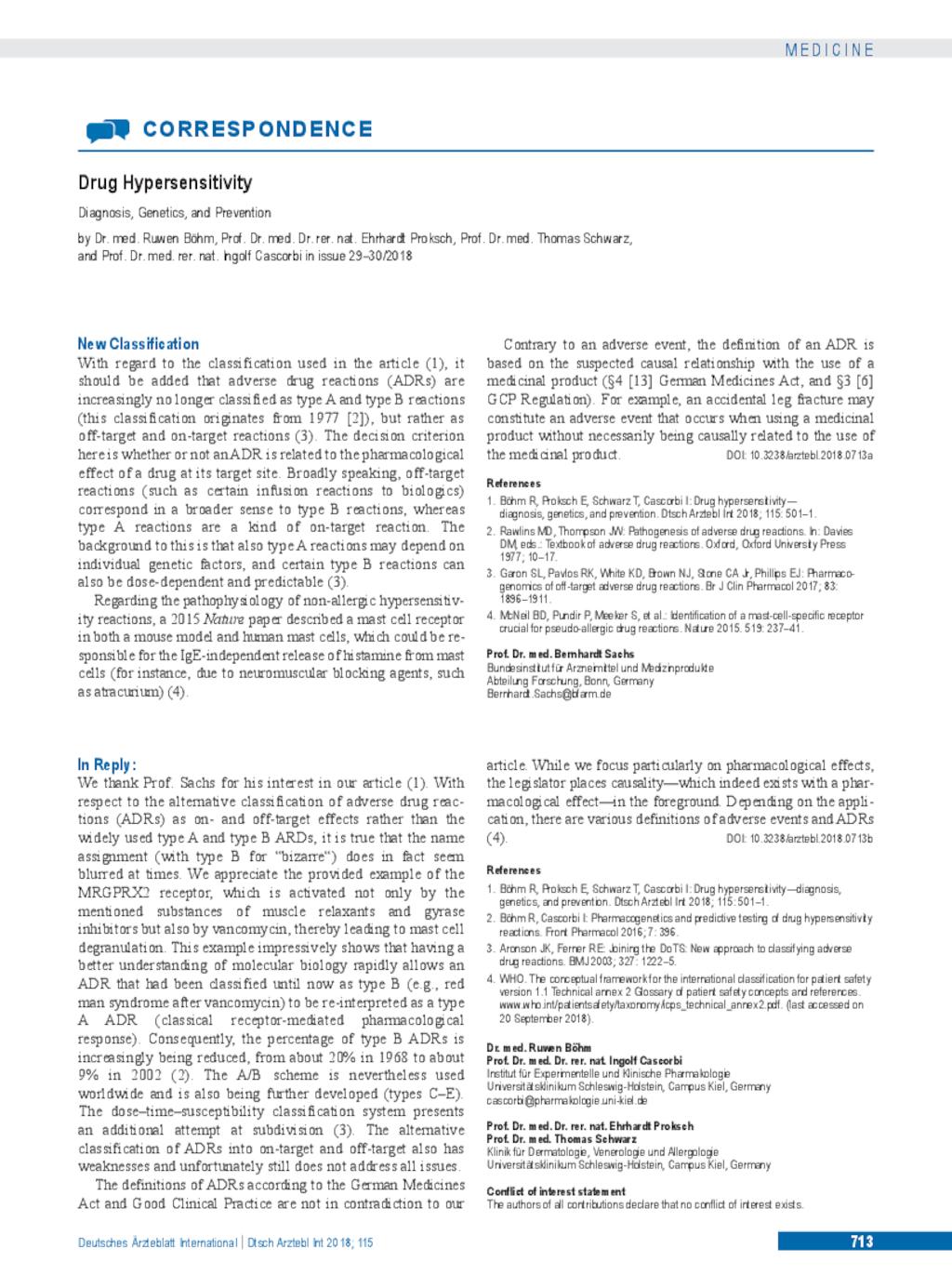