The authors underlined the importance of exercise testing by means of a detailed description of the current recommendations (1). The perhaps most important comment on exercise testing in practice is somewhat hidden in the legend of the table showing peak performance criteria: it is pointed out here that ergometric stress testing should not be terminated even when the peak performance criteria have been met. Unfortunately, in practice genuine peak performance to the point of exhaustion is often not undertaken. This means that in the examination, the sensitivity for diagnosing pathological findings drops and the maximal performance capacity is not adequately assessed.

The recommendation of increasing work load by 40 watt increments is unusual and is based on older publications. This increment is not generally accepted, neither nationally nor internationally, neither in studies nor in practice. The recommendation is all the more surprising because several years ago, one of the authors of the present summary recommended as a co-author the now established incremental increases of 25 or 50 watts as the standard for the German Cardiac Society (2). These increments are also recommended for exercise testing in lung disease in the article also cited by the authors. Further international guidelines and studies cited by the authors do not recommend the 40 watt increment either. The authors’ suggestion to create a nationwide fitness and health registry deserves unreserved support (1), but this can be realized only based on a generally accepted ergometry protocol.

Mundal et al., in a study conducted over 16 years, identified systolic blood pressure under 100 watt stress load as one of the most important prognostic factors for myocardial infarction and death. This value should be registered precisely and should be included in assessing cardiovascular risk. The cardiovascular risk increases clearly from a value above 200 mm Hg. 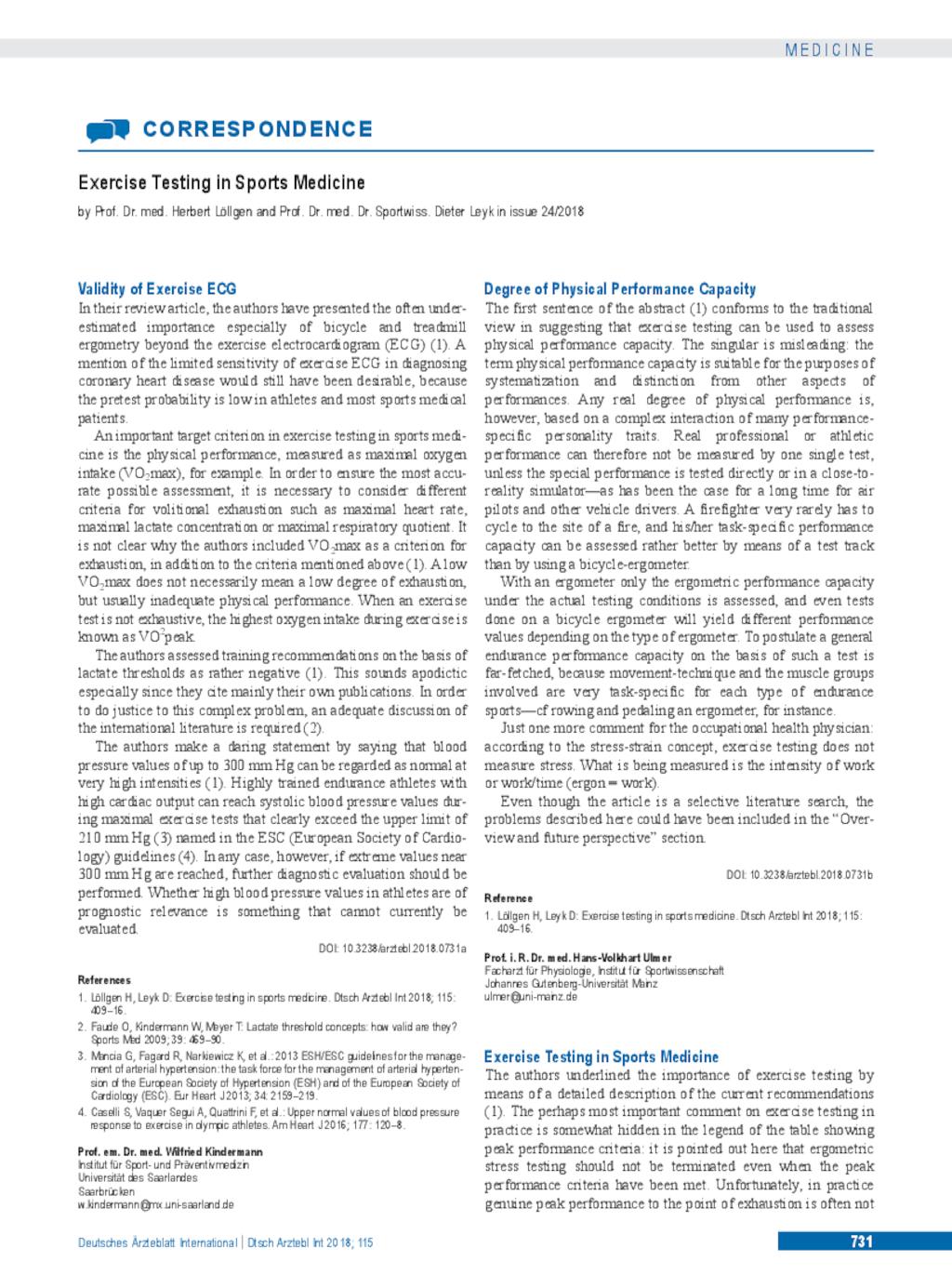