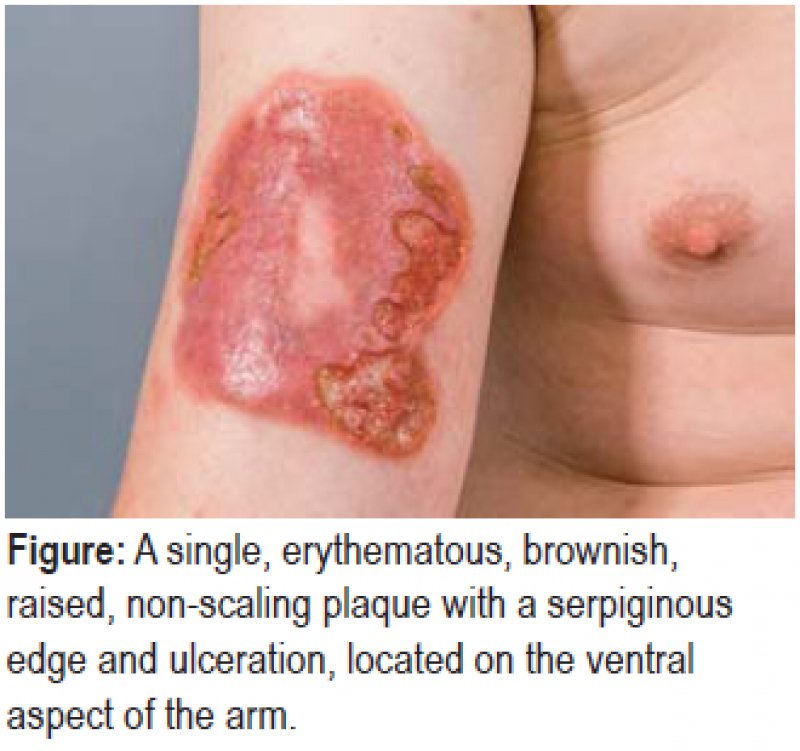 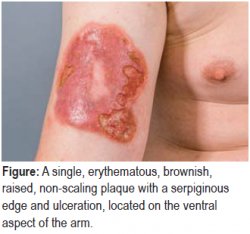 Figure
A single, erythematous, brownish, raised, non-scaling plaque with a serpiginous edge and ulceration, located on the ventral aspect of the arm
Enlarge All figures

A 44-year-old man noted the slow, painless development of a reddish-brown plaque on his arm over the course of eight months, but otherwise felt well. Serologic testing revealed syphilis requiring treatment (TPPA titer 1 : 81 920, VDRL titer 1 : 16, positive Treponema pallidum immunoblot [IgM Tp47 and Tp17]) and a previously unrecognized HIV infection; the timing of the exposure was unknown. Skin biopsy revealed granulomatous inflammation without any immunohistological demonstration of spirochetes. Tubero-serpiginous syphilid is a rare cutaneous manifestation of tertiary syphilis in which few or no pathogenic organisms can be detected. It can take a more than usually rapid course in persons with simultaneous HIV infection. 6834 syphilis infections were reported to the Robert Koch Institute (the German nationwide public health authority) in the year 2015, which was a 19.4% increase compared with the corresponding figure for 2014. Ulcerating plaques of reddish-brown coloration that may indicate granulomatous disease appear in the tertiary stage. We ruled out neurosyphilis in our patient and treated him with three intramuscular injections of benzylpenicillin and benzathine in accordance with the relevant guidelines. This lead to healing of the ulceration and regression of the serologic titers.

Figure
A single, erythematous, brownish, raised, non-scaling plaque with a serpiginous edge and ulceration, located on the ventral aspect of the arm
Enlarge All figures
Tubero-Ulcero-Serpiginous Syphilid (A52.7) in Tertiary... 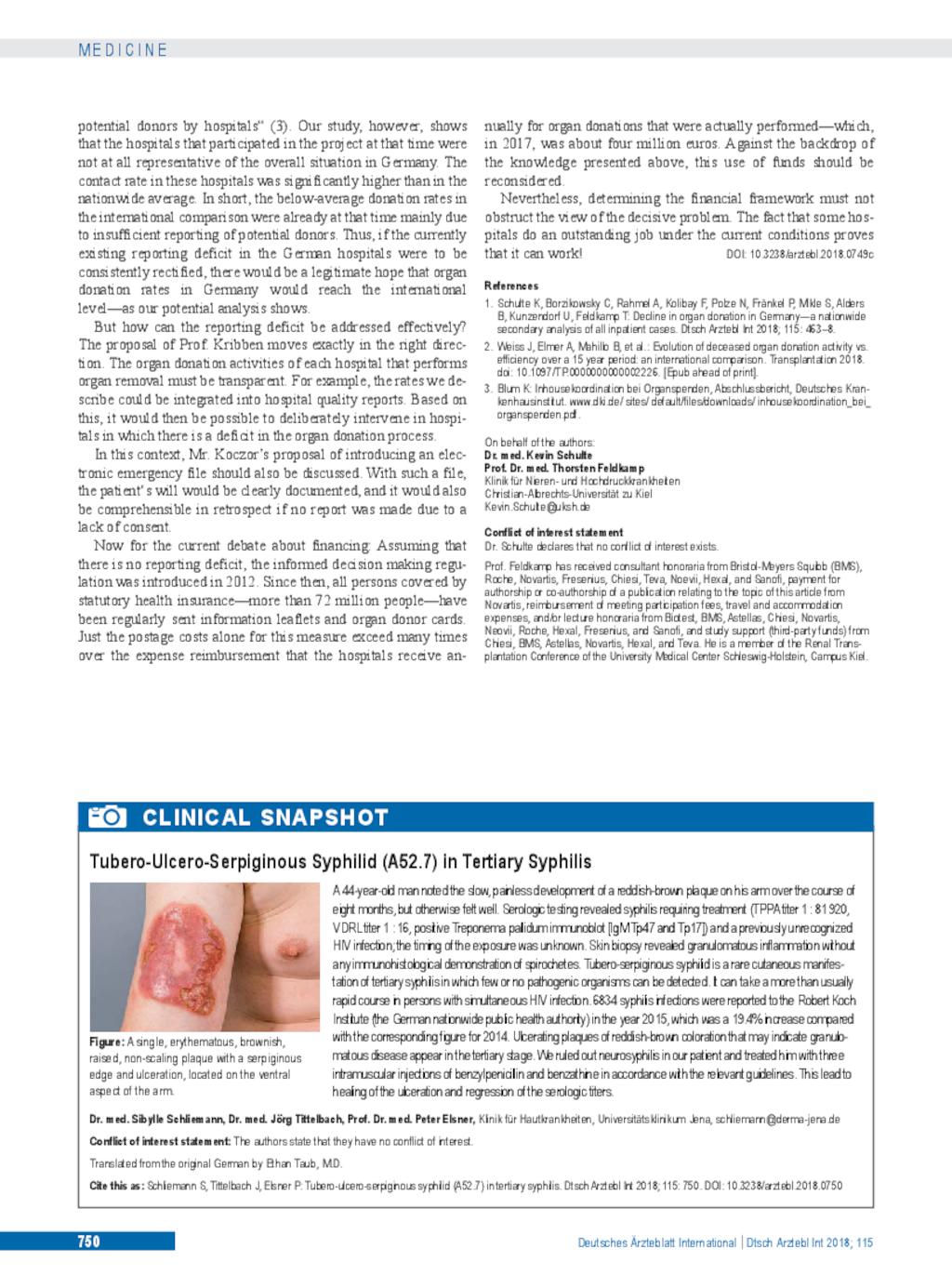