The nationwide German secondary data analysis of all inpatient treatment cases shows that the decline in post-mortem organ donation is significantly associated with deficits in detection and reporting in organ donation hospitals, and less associated with a lower level of willingness to donate organs in the population. On the contrary—willingness to donate has even risen again. Systemic improvements are therefore overdue, and politics can no longer just pass the blame to the population. 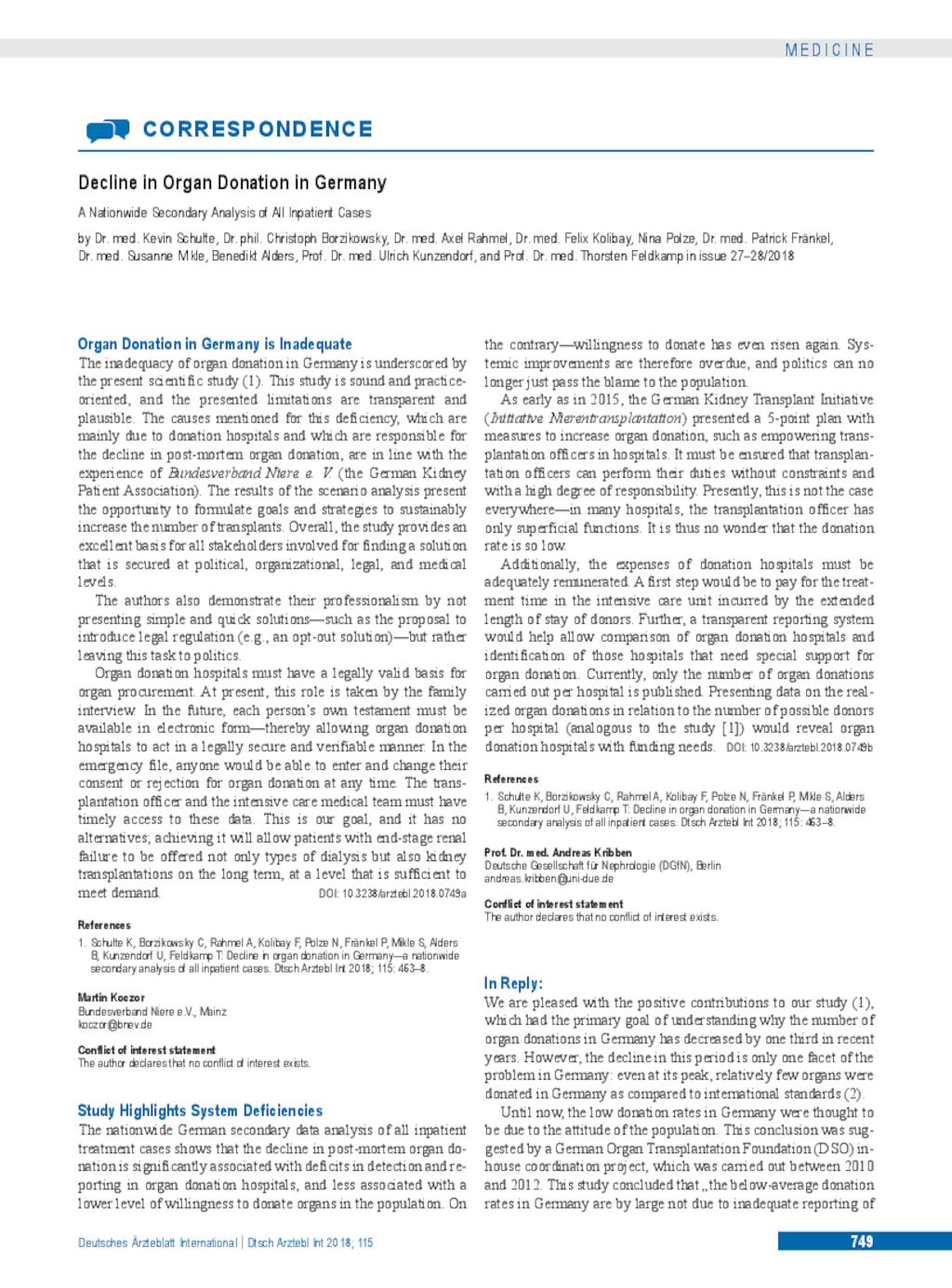