A 17-day-old term neonate (birth weight 5.5 kg, cesarean section) was treated with antibiotics and given partial parenteral nutrition after the reduction of a small-bowel volvulus. He went on to develop severe sepsis with disseminated intravascular coagulation and extensive hemorrhages on the limbs. Blood cultures and cultures of the tip of a central venous catheter yielded Klebsiella oxytoca. Bullae formed on the limbs, with extensive areas of necrosis (Figure). The infant was treated with broad-spectrum antibiotics, ventilation, diuretics, protein C substitution, and a standard burn protocol. The limbs were successfully preserved, with scarring.

Purpura fulminans is a rare type of coagulopathy with more than 50% mortality. Its commonest causes are infection (usually with Gram-positive cocci) and congenital protein C deficiency, which becomes evident in the first few hours after birth. In purpura fulminans due to infection, bacterial endotoxins can activate the clotting system and cause a consumption coagulopathy. Klebsiella accounts for 4–7% of cases of neonatal late-onset sepsis and should be considered as a rare cause of purpura fulminans. 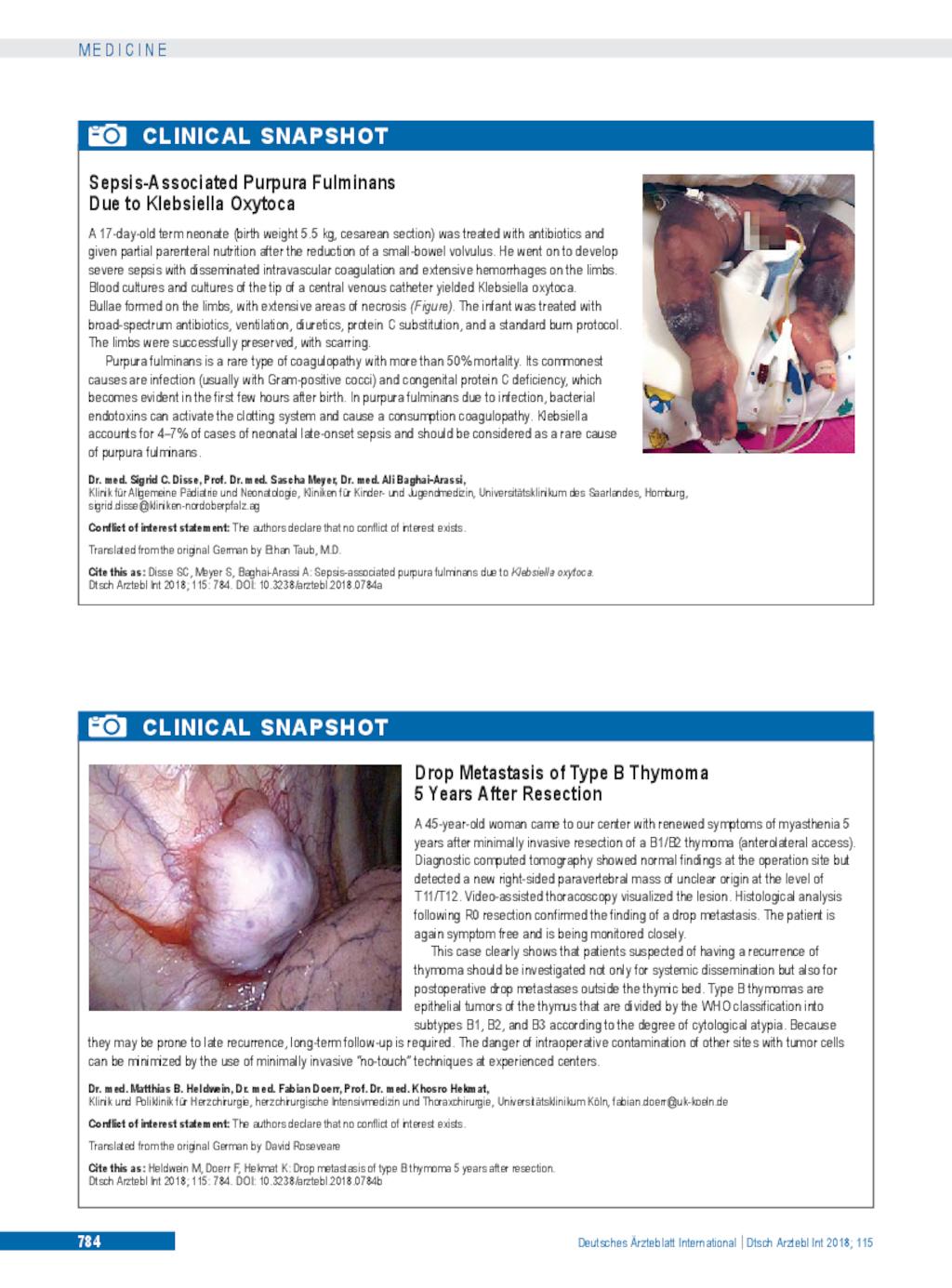