A Rare Cause of Macrohematuria

A 38-year-old woman presented with macrohematuria. Phase-contrast microscopy did not reveal dysmorphic erythrocytes. Cystoscopy demonstrated isolated hematuria from the left ureter only. No findings pointed to any other reason for the hematuria. Portal vein CT angiography of the kidneys showed nutcracker phenomenon. This is a normal anatomical variant in which the left renal vein runs between the abdominal aorta and the superior mesenteric artery. This arrangement can result in secondary impairment of venous efflux in the ovarian/testicular veins owing to compression (impingement) of the left renal vein. The typical symptoms, along with hematuria and orthostatic proteinuria, are pain in the left flank and, in women, dyspareunia. Often, however, patients are symptom-free. Treatments that can be considered are angiography with insertion of a stent in the left renal vein or autotransplantation into the small pelvis. 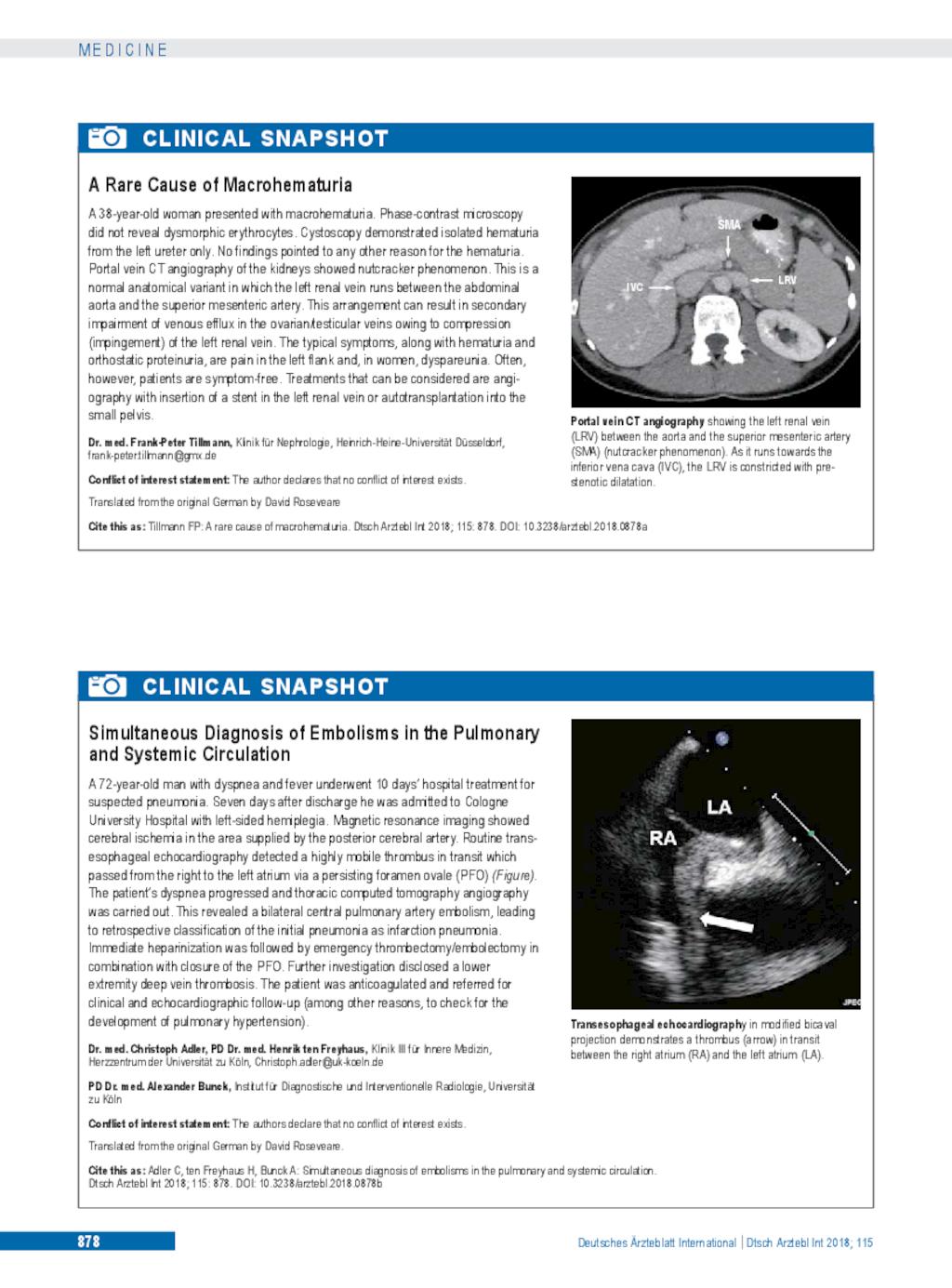