A 62-year-old man presented with chronic fatigue and increasing pain in the right hip 7 years after a broken ceramic head had been replaced by a combination of a metal head and a polyethylene inlay during revision surgery. The revision surgery had been followed by transient loss of vision, deafness, and heart muscle inflammation. Hip radiography showed deformation of the inserted metal head and extensive radiodense areas in the thigh. Laboratory analysis revealed that the concentrations of chromium and cobalt were, respectively, 600 and 1000 times higher than normal. Surgery revealed that the femur was completely coated with abscess-like structures of metallic material and a dark-colored fluid. The thigh muscles and the polyethylene inlay contained large numbers of ceramic particles. There ensued a further revision to insert an implant with a ceramic–ceramic interface. After this operation the levels of metal ions decreased and the symptoms regressed. Metallosis is a rare but potentially serious late complication of implantation surgery. It is generally associated with metal-metal bearing interfaces, but isolated cases have been described with other interfaces. After ceramic head fracture, switching to a metal-polyethylene interface is contraindicated. The German Implant Registry (Endoprothesenregister Deutschland, EPRD) collects all relevant data after every insertion of an artificial joint in order to optimize quality and patient safety. 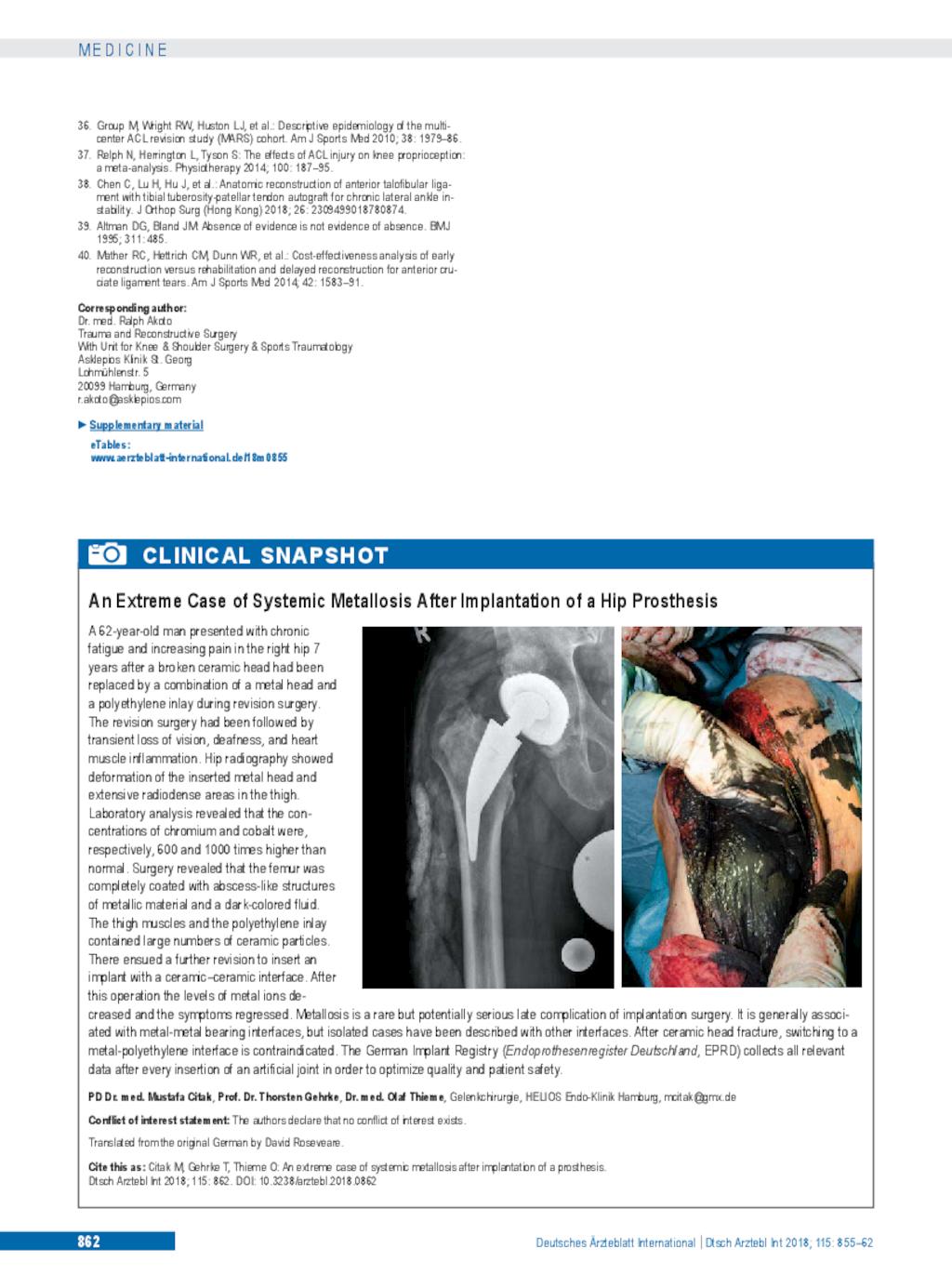